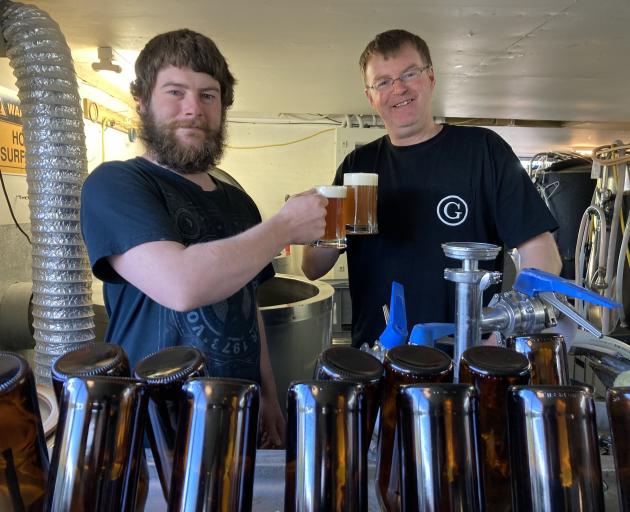 Against all odds, given his southerly location at Kaka Point, he is managing to grow Humulus lupulus – hops – one of the four main ingredients in beer.

And the Catlins Brewery owner could not be more excited about this year’s bumper crop.

"It’s the third year they’ve been here, and I think [the successful crop] has got a lot to do with the weather. We had a wet November-December, then the summer was dry +— perfect for hops."

It was a case of South Otago mimicking Nelson, the traditional New Zealand home of hops. 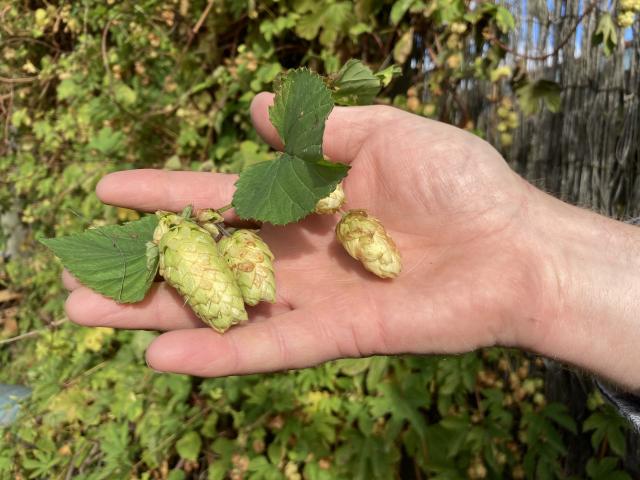 The old-fashioned green variety grown at Kaka Point.PHOTO: MARY-JO TOHILL
"It must be the Kaka Point microclimate — they’ve been pretty impressive."

The exuberant Scotsman, originally from Lewis in the Outer Hebrides, has become well-known for his award-winning hoppy brews over the past decade.

A few years ago, he was pretty much laughed at when he made it known he was giving hop growing a go, which would arguably make him one of New Zealand’s southernmost hop growers.

"I was at a conference and I was talking to a New Zealand hops rep, and they said ‘You can’t grow hops that far south and so close to the sea.’ Admittedly, the sea is only 150 metres away [from the brewery near Kaka Point Rd].

"So, he was quite impressed."

Mr Macleod got a kick out of proving the experts, "the hop-heads" wrong.

Compared to a commercial harvest, the 6-8 kilograms he got from his homegrown vines this year was modest.

However, Mr Macleod said the proof was in the brews, and his fresh hops – it was usually dried hops that were used – were packing a punch.

"We brew with green hops so you get more. You’ve got to double the amount when you use dried hops, and dried hops are about half the weight."

His interest in hops extended back about 15 years when he began home brewing.

"These hops came from the green belt, the native bush area on the way to Mornington in Dunedin. I was a student – studying IT and my (business) partner Keith Abbott and I took note, and we went there in winter time and dug up a few."

In 2009, he planted them on his Kaka Point property but they did not do that well initially because they were too shaded by the blue gums.

"As soon as they got the chop, they [the hops] just took off."

They were a very old variety, a heritage hop, with a smooth cone and they were bigger than the more modern offshoot breeds.

He started using them in his brews three years ago when they "went crazy", and had been thrilled with the results. This year he had been able to use them in three to four batches of his specialty brews, including the Green Hop IPA.

Hops were very reactive to soil and location, which could completely change the flavour, he said.

"They’ve got used to the salt here. In fact, it’s inspiring me to come up with another name for our new white IPA."

Mr Macleod was planning to plant more hops this year. He would like to try Fuggles hops, a revered English classic that was grown in similar conditions to South Otago.

They were planted August-September, and began to shoot October-November with the harvest in last summer or early autumn before they started to brown off.

"I’m really learning as I go. I’m not green-fingered. The only time my fingers are green are from handling the hops. They have really thrived on neglect and I’ve given them two choices: to live or to die."