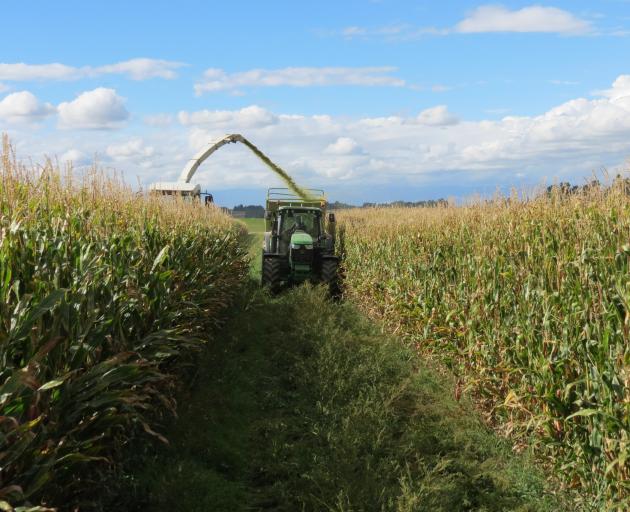 A crop of maize harvested at Matakanui Station near Omakau last week was one of the best owners Andrew and Tracy Paterson have grown. PHOTO: ALEXIA JOHNSTON
Matakanui Station’s latest crop is an amazing feat.

The Omakau station’s owners Andrew and Tracy Paterson have just harvested 17ha of maize, marking one of their best seasons yet.

The maximum height of the crop stood at about 4m at the time of harvesting, causing the chopper to all but disappear at times.

Mr Paterson, who sowed the crop on October 15, said it had been among his best to date, thanks to weather patterns early on.

"This year has been better because of the rain and the heat at the right time — the conditions have just been really good." 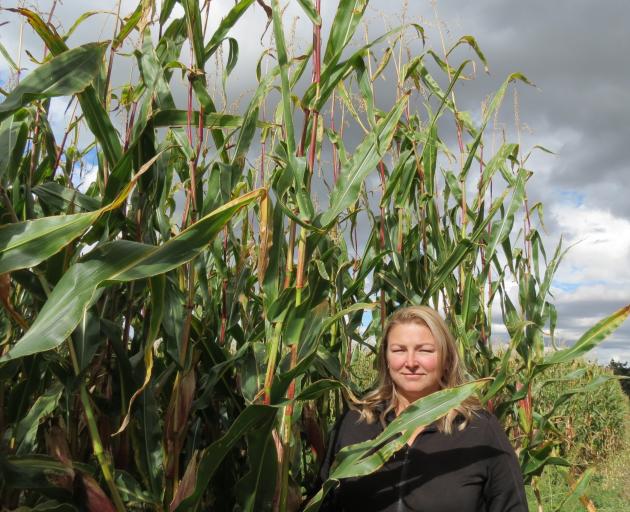 A large crop of maize towers over Tracy Paterson. PHOTO: ALEXIA JOHNSTON
He said a lot of this season’s crop, which was a pioneer hybrid variety, was double cobbed and fully cobbed, which had helped add to the success of the yield.

"This variety isn’t known for its double cobbing.

"It’s known for its high production and short growing season."

The crop has since been harvested and mixed with lucerne.

That combination is formed into self-feed buns, which will be fed to 425 calves and 150 steers.

Mr and Mrs Paterson, who are part of the Alliance handpicked programme, agree that the feed helps enhance marbling within the meat, providing them with a premium product.

Last year, the Patersons harvested their maize crop during lockdown with the help of their children, but this time round called on the services of Omakau Ag and Earth and Clouston Contracting.