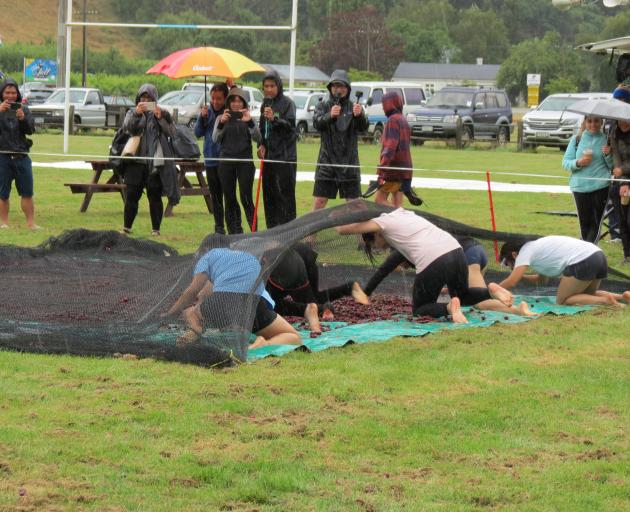 Organisers of the sixth Cherry Chaos event yesterday decided to err on the side of caution in making the decision "not to run a less than successful" event in January — instead focusing on its return in 2022.

The reasoning behind the cancellation stems from predicted seasonal work shortages, which will be exacerbated this season by border closures because of the pandemic.

Touted as a "celebration of all things cherry", the event is designed to bring together pickers and packers from across the world who call the Teviot Valley home at the height of the cherry harvest.

The highlight of the annual event held at the Roxburgh Sports Ground is the obstacle race, in which teams compete against the clock to cover a course while opposing competitors pelt them with second-grade cherries to slow the action down.

Cherry Chaos committee chairwoman Barbara Withington said in a statement the question organisers faced was whether there would be enough workers to form teams for the 2021 event.

"With the uncertainty of just where those workers are coming from this season, the committee has faced the prospect of trying to run an event without enough teams to make it viable."

The decision was not made lightly.

"We have given it a lot of soul-searching thought over the past few weeks and have come to the conclusion that orchardists will have enough on their minds without getting behind this event.

"We rely on them to encourage their workers to take part and let them away in time to join in ... but this season may see very different work hours as they struggle to harvest what looks like a very good crop."