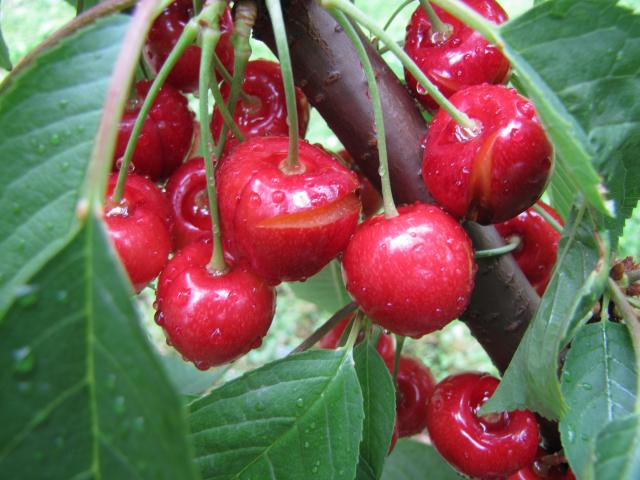 Summerfruit NZ chief executive Richard Palmer said the full extent of the damage after four days of persistent and heavy rain was yet to be quantified but it was expected up to 50% of the season’s cherries had been lost due to splitting, resulting in the loss of $50million in export revenue to the country.

In addition to damaged fruit, flooding caused damage to buildings on orchards located around Earnscleugh when the Fraser River broke its banks.

Orchardists in the area said the losses were tempered by the fact flood waters receded, quickly allying fears other crops had been affected.

Strode Road Orchard owner Gretchen McNally said the cherry harvest at her and her husband Lochie’s orchard was about 70% completed when the rain arrived at New Year.

With about 10 days’ picking left they decided to abandon the remainder of the cherries, she said.

"It was a bloody awful decision to make — we had 65 staff for cherries."

A little more than half had stayed on to harvest stone fruit, many had planned to move on after cherry harvest and there had been some layoffs, Mrs McNally said.

The pickers had been working for a couple of months, and had become good at the job. The tail end of the harvest involved more lucrative export cherries, meaning many pickers were earning $350 a day.

Chris Robb of Clyde Orchards said the blocks it operated at Earnscleugh were particularly hard hit. Cherries were the main casualty but apricots also had water damage.

Staff had left because of a lack of work and salvage picking would be hard, he said.

"We haven’t laid any staff off because of it."

He estimated his loss of cherries to be about 50% of the crop left to pick.

Orchardists were doing their best to keep people employed and salvage crops.

"I haven’t heard of anyone who isn’t trying to have a good crack at it."

Decisions by orchardists to abandon crops or lay off staff were not made lightly, Mr Robb said.

Mr Palmer said damage to the other summer fruit crops — apricots, nectarines, peaches and plums — was fairly limited and along with the remaining cherries, harvesting them provided an ongoing opportunity for some staff.

The viticulture sector was also looking to take on more workers to provide employment for cherry pickers.

"We are working hard to assess what the impact will be on both orchards and the workers, and are looking at how we can keep people in work for the summer fruit harvest followed by apple, grape and pear harvests."