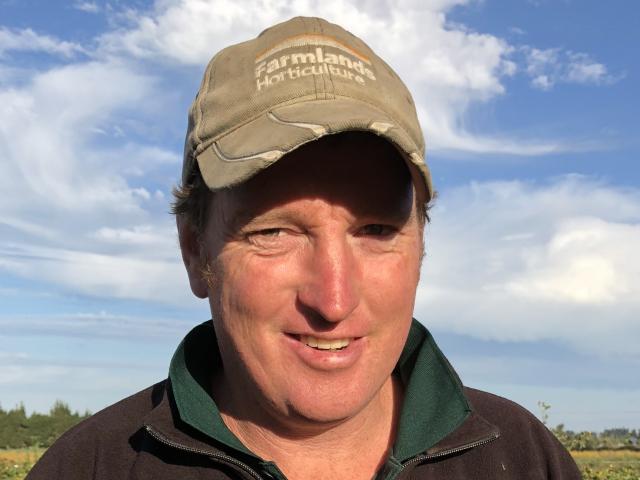 Cam Booker
Locally grown strawberries and peas could be missing from the Christmas dinner menu.

As he prepares for the seventh annual Sefton Christmas Harvest Market on his farm near Rangiora, North Canterbury grower Cam Booker said Christmas strawberries, raspberries and peas were in short supply.

He said there would be no homegrown strawberries on the Booker Christmas dinner table this year.

‘‘It was cold and slow growing in the spring and now it’s hot and dry all of a sudden, but we were lucky to have missed the hail,’’ he said.

‘‘We’ve got no strawberries at the moment. The warm weather brought them on early and then the birds have eaten them all.’’

The Bookers grew strawberries all year and have won recognition in past Farmers’ Market Awards.

‘‘We don’t usually have a heap of strawberries at this time of the year anyway, as we are generally at the low end of the production curve, but normally once we have strawberries, we usually have them until June or July.’’

His next crop of strawberries was not due to ripen until late January or early February.

‘‘Only a month ago we were thinking they were going to be late, so that’s how quickly it’s changed.’’

But there were plenty of fresh potatoes, and the early-birds who arrived at the harvest market between 8am and 9am would get to dig their own Christmas spuds for a $5 donation entry fee, which goes to the Sefton School PTA.

Mr Booker said despite the challenges, just about everything else for the Christmas dinner table would be on sale at the harvest market, with around 40 stalls lined up.

They would offer everything from turkeys, ducks, hams, wine, cherries, and fresh bread to fruit and vegetables, ‘‘except strawberries and I’m hoping there will be some peas’’.

After six years of running the market on Christmas Eve, Mr Booker said he learned recently he needed a resource consent, but the Waimakariri District Council got into the Christmas spirit by waiving the consent fee.

‘‘The harvest market is a good day out before Christmas and it’s fast becoming a family tradition in Canterbury.’’

He said about 3000 people took the drive out each year, with Christchurch entertainer Willie McArthur once again offering family entertainment.