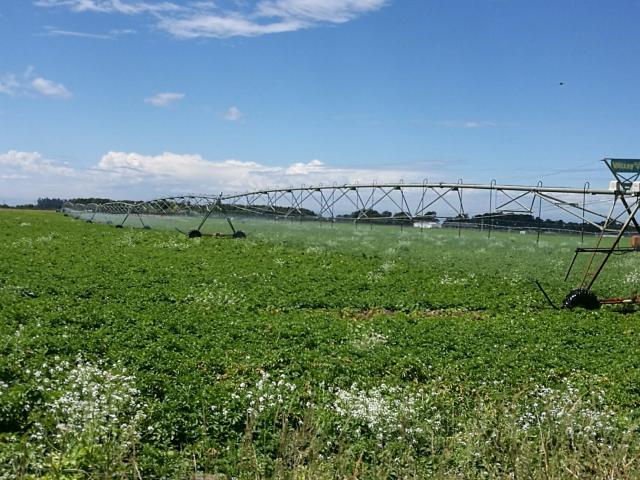 The event raises money for various community groups. Some early entrants have decided to continue using the initiative to raise money for the Otago Rural Support Trust.

‘‘But it became apparent in the current economic conditions that asking for sponsorship was a bit on the nose, really.’’

Instead, a new concept was born to benefit the Otago Rural Support Trust.

‘‘It was suggested by a crop entrant they were still going to enter the competition, even though there was no competition and pay the [minimum of $60] fee and that fee was going to be paid to the Rural Support Trust as a donation. Quite a few others have climbed on board as well.’’

Farmers could get involved until May 22.

‘‘We’ve left that open to individuals — if they want to do it that way and still enter their crops [they can].’’

‘‘But we will be back next year, bigger and better — absolutely.’’

Given the tough financial climate that was expected to follow the Covid-19 outbreak, the Rural Support Trust could be in high demand, making it a worthy recipient, he said.

The trust, which has various branches throughout the country, provides support to people working within the agricultural sector.

When times get tough, the trust can provide them with a listening ear or referral to other agencies who can provide expert advice and assistance.

Support trust co-ordinator Lindsay Purvis said the group was grateful for the support it was getting from Winter Feed Competition entrants.

‘‘Proceeds we get will be put to very good use because like all of those things, [getting] funding is always [difficult].’’

He said the agricultural sector, which was considered an essential service, had continued to ‘‘tick along’’, from farmers to fertiliser representatives, who were working hard to keep up with demand.

And, a good Central Otago autumn so far had helped.

The main problem facing farmers at the moment was a surplus of stock, he said.

‘‘Stress levels have been good, but I do [think] there are going to be problems coming, as a recession bites, as finances get tighter and people start to feel it.

‘‘It’s going to put a bit of pressure on people in the future and across all sectors really.”

If you want to take part in the fundraiser, email cowfc2020@gmail.com.