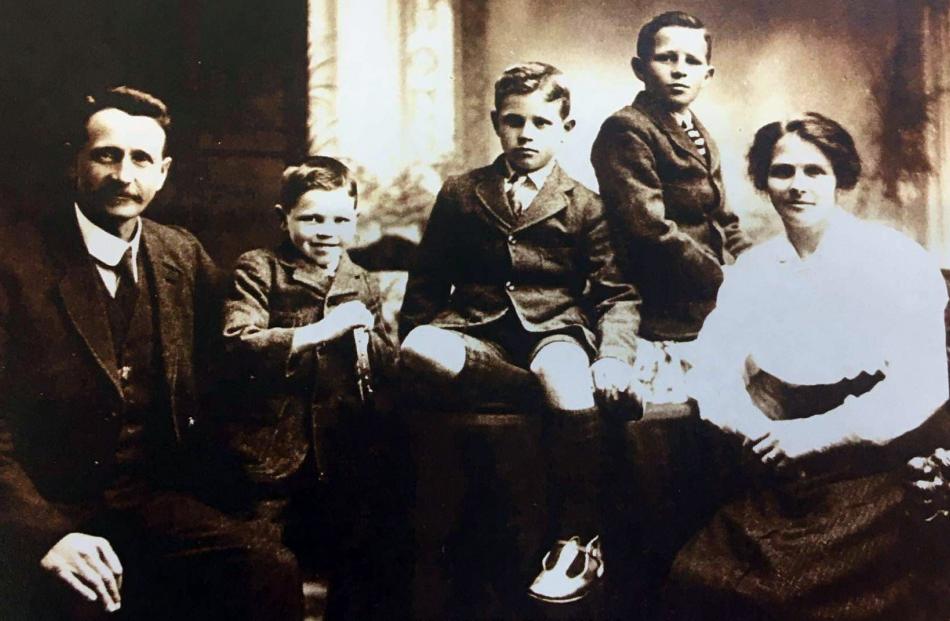 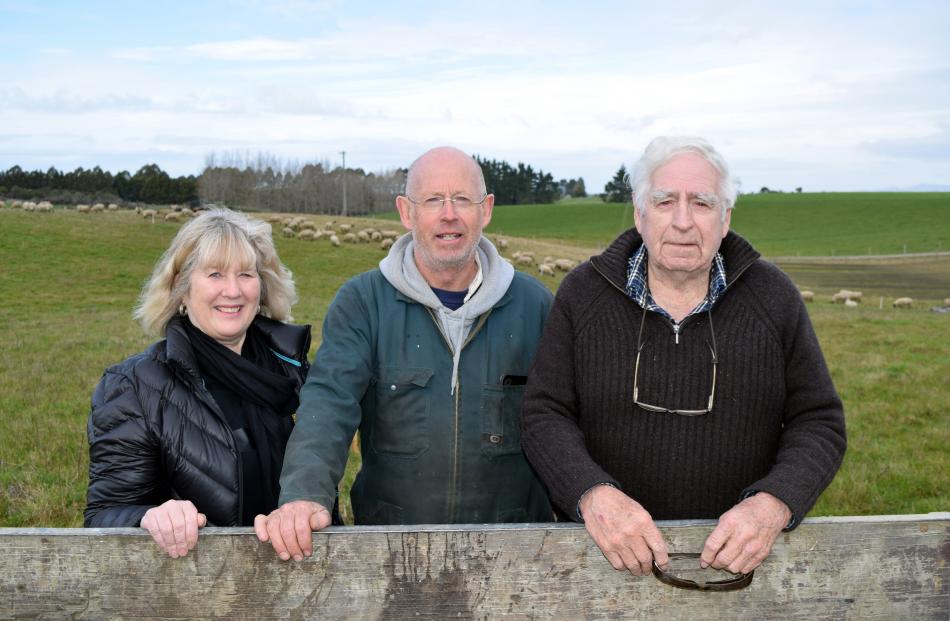 The Lawrence family including (from left) Sue, Mark and Ray have farmed on the same land in North Otago for more than 100 years. PHOTO: SHAWN MCAVINUE 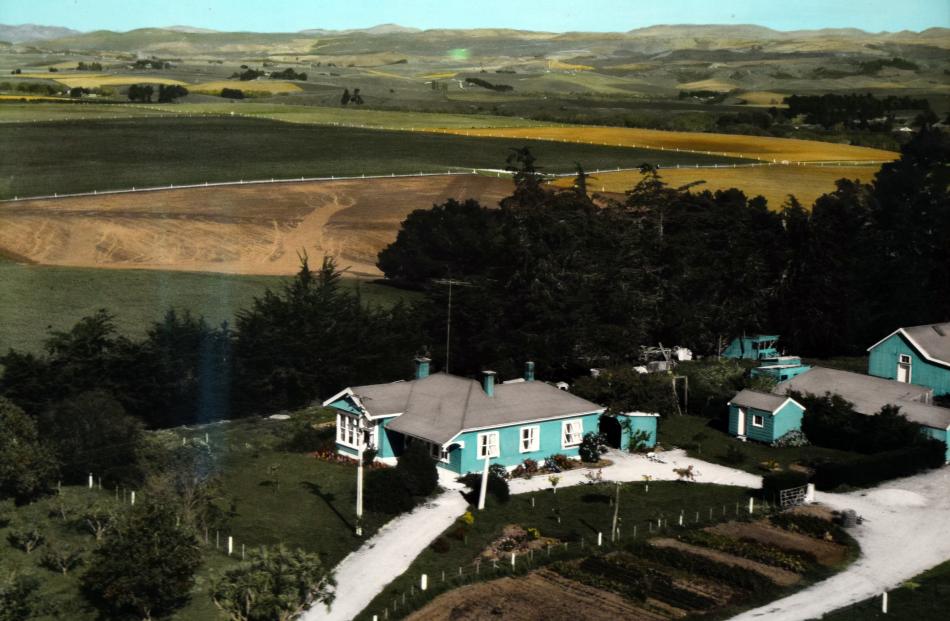 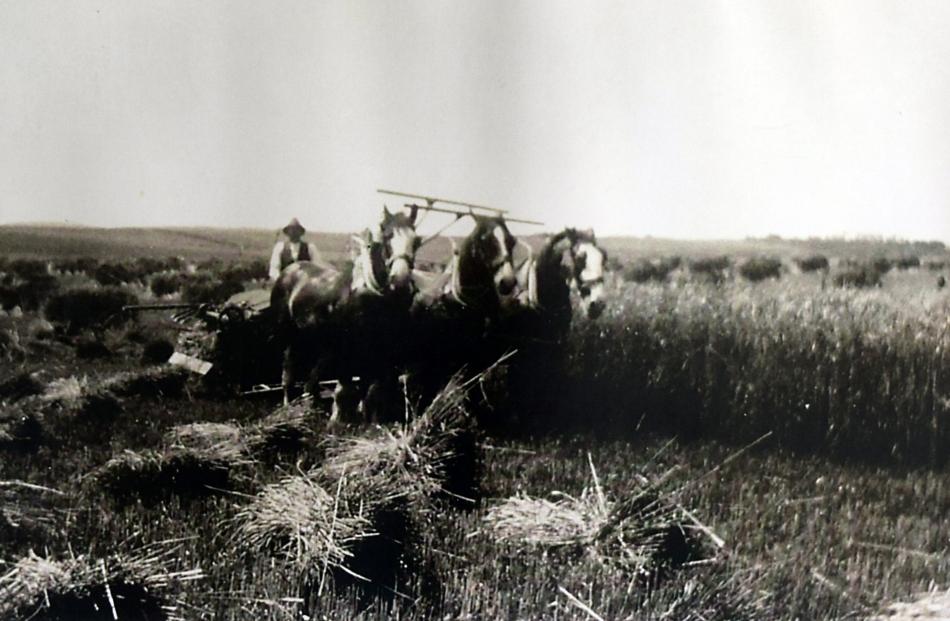 William Lawrence cuts oats on his farm in the 1930s. PHOTOS: SUPPLIED

A dream to farm in North Otago began on a bullock wagon.

Ray Lawrence was a young boy when grandfather William began teaching him about stockmanship.

As a teenager, William Lawrence ran bullock wagons between Dunedin and Oamaru and dreamed of farming in North Otago.

After marrying his wife Rotorua ‘‘Rua’’ Minty, the couple bought about 5ha at Totara and planted it in potatoes.

The profit from the potatoes allowed them to buy a 45ha farm at Teschemakers and then upsize to a bigger farm.

In 1919, the couple bought a 85ha block of Totara Estate near Reidston — about 10km southwest of Oamaru — from the New Zealand and Australian Land Company.

The farm block once ran sheep destined for the first-ever shipment of frozen meat — sent from New Zealand to England by Thomas Brydone.

On the bare rolling land, the couple built a homestead, stables, a milking shed, dairy, smithy, henhouse, sheep yards, and pigsty and fenced the block into 11 paddocks for cropping and running sheep.

Shelter belts were planted and an orchard of apples, pears and plums. More than 100-year-old pear and apple trees remain on the farm.

The couple named the farm Avonlea and ran it until 1951, when it was sold to their eldest son, Gordon, and his wife, Elvie.

The new generation moved from working with draught horses to tractors. Power arrived at the farm in 1954. In 1955, Gordon bought 20 ewes, five ewe lambs, and a stud ram to launch the Romney stud Ruanui. The name of the stud was a nod to his mother, who got her name because she was born on the New Zealand Shipping Company steam ocean liner SS Rotorua.

In 1963, the farm was sold to Ray — Gordon and Elvie’s only son — who, with his wife, Barbara (nee Goodall), started a Romney stud, Diamond, and a Border Leicester sheep stud.

In the late 1960s, Ray changed the name of the farm because there were four Avonlea farms in the district and it had the potential to cause confusion if emergency services needed to be deployed.

The new farm name of Totara Downs was unique to the district.

About the same time, a neighbouring block was bought to increase the footprint of Totara Downs to 145ha.

In the 1970s, the homestead was renovated, including, for the first time, an inside toilet.

The homestead was originally painted brown but later shared the same colours as Maheno Rugby Club.

The homestead was demolished about five years ago to build a new home in the same spot.

Ray and Barbara have three children, Ian, Kay and Mark.

Ian is now a captain in the Army and Kay a teacher in South Canterbury.

Mark travelled shearing sheep, including in Australia, United Kingdom and United States, and he and his wife, Susan (nee Rodger), bought the farm in 1990.

Susan’s family had been farming in the district since 1909.

Her great grandfather was a cattle stockman on Totara Estate who may have worked on what now is Totara Downs land.

Sheep were the only stock run on the farm which includes two studs — a Texel and South Suffolk.

About 100 rams a year were sold each year to farmers south of Hawke’s Bay.

Meat prices had been ‘‘incredible’’for the past five years.

Whether  either of them would give farming a crack was unknown, Mark said.