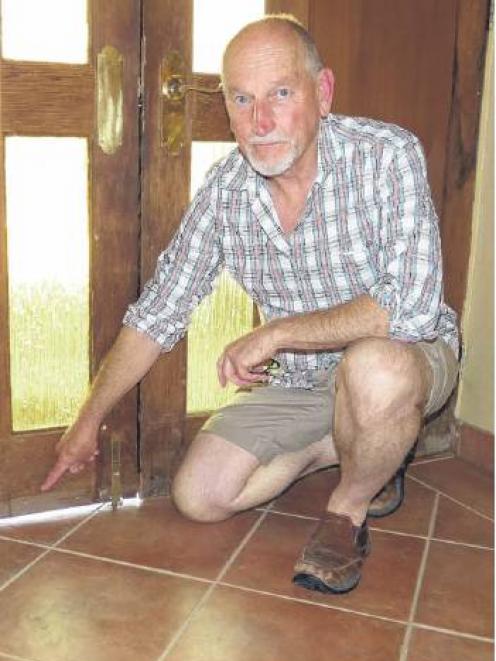 Their gain is in stark contrast to the pain caused by the rain to the region’s orchardists, whose cherry crops were all but wiped out by the heaviest rainfall in 40 years.

The epicentre for flooding of orchards and vineyards was the Earnscleugh area between Alexandra and Clyde.

The flooding was caused by the Fraser River breaching its banks and runoff from the Rocky Range; it was the latter that led to the cellar door and the winery at Black Ridge Vineyard being inundated with about 6cm of water and mud.

Director Joss Purbrick said he had been in Dunedin and was met at the door to the cellar by customers who wanted a wine tasting.

"When I opened the door it was chaos the whole floor was awash with mud."

The customers did not seem fazed by the mud and waded through to sample wines anyway, he said.

As far as grapes were concerned, the January 1 to 4 deluge had been excellent for both red and white grapevines, he said.

The rain had led to fuller-looking fruit and less need to water.

"Even now, a week and a-half later [since the rain], the ground is still wet."

The loss of cherries also presented an opportunity to recruit labour and he was already feilding inquiries from displaced workers, Mr Purbrick said.

Maori Point Vineyard co-owner and vineyard manager Marilyn Duxson co-owner, of Tarras, said out-of-work cherry pickers were applying for jobs in viticulture, and that was good for wine growers and workers alike.

The rain had come at the time the size of grapes was determined and had meant this year’s crop would tend to be heavier, Dr Duxson said.

Maori Point co-owner and vineyard manager John Harris said the only risk posed by the rain was disease, but the weather had improved to the point that that was not an issue.

At Grey Ridge Vineyard, near Alexandra, owner Sue Keast said the rain had come at a time when it would have little impact on grapes.

"Because the grapes are still small and hard they are not affected."