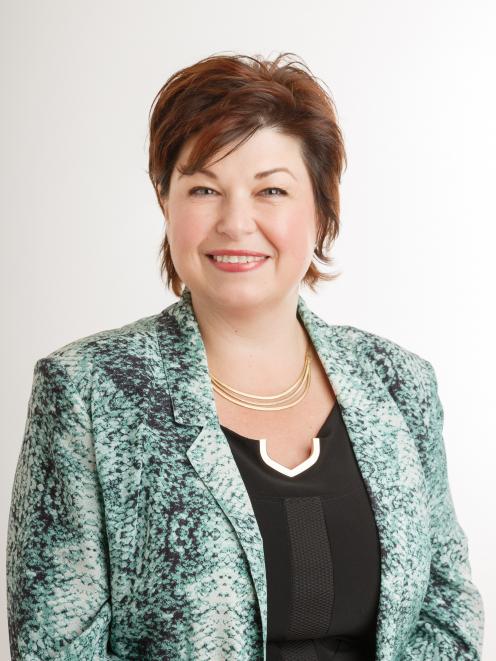 While the timing might have appeared a little unfortunate, there was no choice and she took it in her stride.

"To be honest, in crisis comes resilience and creativity and energy," she said.

It was fortunate Ms Karapeeva had worked in the organisation for five years and knew its membership well.

Being able to continue those relationships and pulling it together around the common goal of being an essential service and keeping the sector’s workforce safe, was both exciting and invigorating.

Much kudos had to go to the companies and their workforces during what was a very difficult time, she said.

As an industry, it had been given a mandate to operate as an essential service and it valued the confidence that had been placed in it.

"I think people looked very closely at that and said ‘we will perform to the best of our ability and do our job’."

There was also a need to keep producing and exporting for the sake of New Zealand, to keep "money coming through" and provide food for both the domestic and international market.

"It was challenging, there was a lot of anxiety. But people took this . . . on board and said, ‘This is our chance to really show we can do it. We are a very, very valuable part of New Zealand’s economy."’

For the year ending June 2020, the meat industry earned export revenue of $9.4billion, equating to 16% of New Zealand’s total exports.

As an incorporated society, MIA represents sheep and beef processors and exporters that operate more than 60 processing plants throughout the country and employ more than 25,000 people.

At the beginning of this year, MIA appointed Ms Karapeeva as its new chief executive, replacing Tim Ritchie who retired after 12 years in the role.

Prior to her appointment, she was MIA’s trade and economic manager, having joined the association in 2015.

Before that, she held a variety of trade, policy and regulatory roles at the Ministry for Primary Industries, the Ministry of Business, Innovation and Employment, and the former Ministry of Economic Development.

Born in Bulgaria, Ms Karapeeva was raised in Africa where her architect mother was working and she grew up in Tanzania and Zimbabwe.

It was a "fascinating" experience and completely different from the typical New Zealand upbringing.

"When people say, ‘We’re going camping in the Coromandel’, I say, ‘We went camping on safari with elephants and hyenas around us’."

After secondary school, she was unsure what to do so decided to take some time out.

She did some casual study in Denmark and, while there, she met a couple of New Zealanders who talked so highly of New Zealand that she decided to give study here a go.

The rest, as they say is history, and New Zealand has been her home since she arrived in 1995. She has a bachelor of business studies degree, with first-class honours, from Massey University.

For all the "horribleness" and challenges of Covid-19, there were some silver linings, Ms Karapeeva believed.

The tone of conversations around the primary industries had changed significantly and there was a reaffirmation of the vital role it continued to play.

One of the challenges at the moment was concerning the employment situation; she warned last month that jobs were in jeopardy in the red meat sector unless the Government recognised the essential role of its skilled migrant workforce.

About a third of the country’s 250 halal processing workers would have to leave New Zealand next year due to the Government’s one-year stand-down policy.

The loss of those people, along with "hundreds of other essential meat workers", could result in reduced production and job losses in New Zealand’s largest manufacturing industry.

What she had been advocating for — and would continue to do — was a simple administrative solution to maintain people in New Zealand on visas to keep them here. There were key roles within the sector that could not be recruited for domestically, she said.

A six month reprieve had been granted until June next year and she hoped, during that six months, to be able to work with Ministry of Business, Innovation and Employment immigration officials to craft a sustainable solution.

It was a "big ticket item" as halal exports earned about $3billion revenue, coming from the work of those 250 slaughtermen.

The MIA also welcomed the Government’s campaign Opportunity Grows Here, launched this year, to encourage more people to work in the primary sector, as labour shortages had been an ongoing issue for meat processors and exporters.

There was a need to upgrade the training pathway to ensure people working in the sector continued to be well trained, have opportunities to grow and progress in their jobs and change roles.

It was an industry that had such a wide range of roles and offered so much flexibility.

She was also very keen to see the gender imbalance addressed in the industry. The New Zealand meat sector and Meat Business Women recently signed an agreement aimed at boosting the number of women in the industry.

That followed new research which showed women accounted for only 36% of the industry’s global workforce. Women were under-represented at every level above junior positions, holding just 14% of board-level director roles and 5% of chief executive roles.

Ms Karapeeva was also very keen to correct perceptions about what the meat industry was all about.

The notion of an "old school", backward looking industry was far from the reality of what she was seeing working with companies, she said.

They were enthusiastic, agile and nimble and Covid-19 was a perfect example of that. There was much criticism of New Zealand being concentrated on one particular export market.

Although the red meat sector had a lot of relationships in China, it also had lots of commercial relationships across the globe and companies were able to direct products to find alternative markets.

The public needed to know those sorts of stories about the industry, she said.

Companies were not narrow-sighted; they were seeking the best market returns and the best profits.

Much time and money had been invested in technology in the industry, whether around automation in processing plants, or food safety protection.

Customers both domestically and internationally sought credible assurances that their products were safe and high quality.

The future was going to be different. Covid-19 had shown the normal parameters worked with in the past were no longer going to be sustained.

But there were great opportunities for New Zealand red meat to position itself as a "unique, niche premium product" targeting consumers who were seeking a natural product with no additives, GMOs, antibiotics and hormones.

While there were lots of challenges, it was also exciting. For Ms Karapeeva those challenges created a sense of energy and excitement to find a way through them.

Growing up, she always had had a notion to do "something to do with the international world" and, while that was very broad, it fitted in with her current role.

It was a sector that contributed domestically and was focused internationally and used the skills developed over her career.

One of her aims was to bring a more collaborative approach and a collective voice to the sector, on both sides of the farm gate.

It was too small not to be speaking with one voice and "pointing the finger at each other".

Work was being done on a refreshing of the red meat sector strategy which was released in 2011. Initiated by the MIA and Beef + Lamb New Zealand, the strategy aimed at improving the sector’s viability and increasing its earnings to $14billion by 2025.

Some great things came out of that strategy but it was now dated. Part of that refreshing involved examining what the next five years looked like and what it needed to do to get through Covid-19 in a good space.