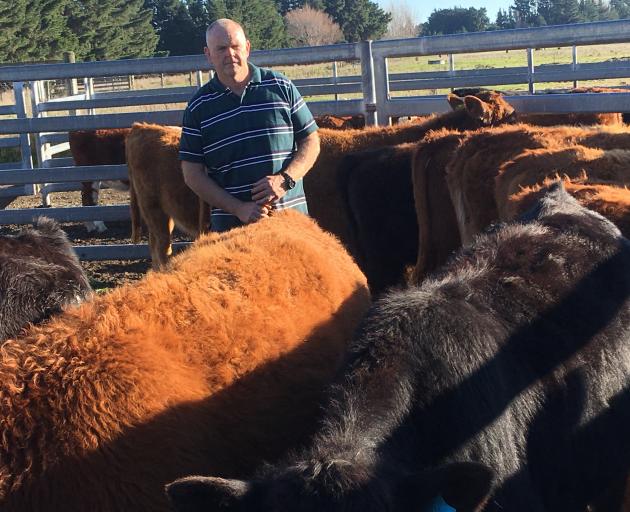 The South Devon cattle breeders moved to Canterbury last year in a bid to grow their two cattle studs.

"They show you what they are going to do and the South Devons are known for their docility."

The cattle are docile enough that even 11-year-old daughter Emily can handle the bulls.

The couple bought a 473 hectare farm near West Melton last year for their red and black South Devon cattle studs, while their house is on a nearby 4ha block to graze Mrs van Asch’s horses.

After buying the block of land, Mr van Asch was lucky enough to land a community policing role in Rolleston, but the Covid-19 lockdown had seen him back in frontline policing for now.

Mrs van Asch has also transferred to the Rolleston police.

The couple has dominated the Canterbury A&P Show’s beef cattle section in recent years, winning the Meat and Wool Cup for supreme champion beef cattle in 2018 and 2019.

But the cancellation of November’s New Zealand Agricultural Show means they will not get to defend the title this year.

Mr van Asch’s father founded the Burtergill red South Devon cattle stud in 1974, before he took it over in 2005. He has since established the Aschwood black South Devon stud, the only one in New Zealand.

"The blacks are as common in Australia, Canada and the United States as the reds and you can’t tell what colour it is on the hook, but there’s something about black."

The couple began the black South Devon stud by importing semen and inserting into red South Devon cows and bred with "what came out black".

"It was much harder than we thought. Initially most of the calves came out red, even some from two black parents, but now it’s pretty consistent," Mr van Asch said.

For now there are only 15 black cows in the Aschwood stud and 100 red cows in the Burtergill stud, but the couple hopes to grow to 300 stud cows now that they have a bigger farm.

"This is the long-term plan, to get farming full time and getting ourselves into a position where it’s sustainable."

The couple has also bought in some commercial Hereford cattle "as lawnmowers" to graze on the new property.

As well as their temperament, Mr van Asch said he concentrated on breeding cattle for their carcass, fats and the milk.

The couple has established a successful relationship with a chef, Paul Goodwin, who owns restaurants in Lincoln and Christchurch.

"Paul wanted a couple of cattle for his lifestyle block and he thought it (South Devon) was the best beef he had ever tasted, so he decided he could market it," Mr van Asch said.

"So they are now the only two restaurants where you can get grass-fed South Devon beef."

But it required a rejig of the restaurant menus, as to get the number of fillet steaks he needed "we would have needed to supply him 350 animals".

"He needed a menu that utilised more of the animal, so he created mince, breakfast sausages and all sorts of things that meant they could use the majority of the carcass," Mr van Asch said.