Limousin breed has plenty to offer 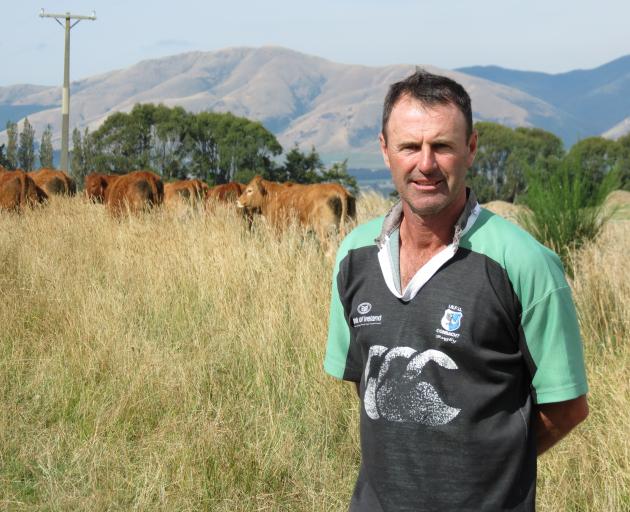 Clark Scott, of Loch Head Limousin Stud, near Heriot, pictured with some of their R2 Limousin heifers, said they had sent two yearling bulls to Dunsandel as part of Limousin New Zealand's annual trial. About 16 yearling bulls are run together under the same conditions and then evaluated for growth and other traits. Photo: Yvonne O'Hara
Easy-going with softer muscularity, good intramuscular fat, feed conversion efficiency and polling; these are key attributes of the Limousin cattle, which stud breeders Clark Scott and Judy Miller, of the Loch Head Limousin stud, breed for.

They have a 320ha, 4000-stock unit commercial sheep and beef farm near Heriot.

''We also have 35 Limousin cows and heifers to the bull and carry 12 to 15 yearling bulls through to sale, along with 30-odd calves,'' Mr Scott said.

The couple, who have two daughters, Hazelle (8), and Lilah (6), took over the stud from Ms Miller's father 14 years ago.

Limousins were muscular cattle, with a high feed conversion efficiency rate, and as they had a higher percentage of intramuscular fat, they also developed a finer textured, more tender meat, and were higher-yielding relative to bone. 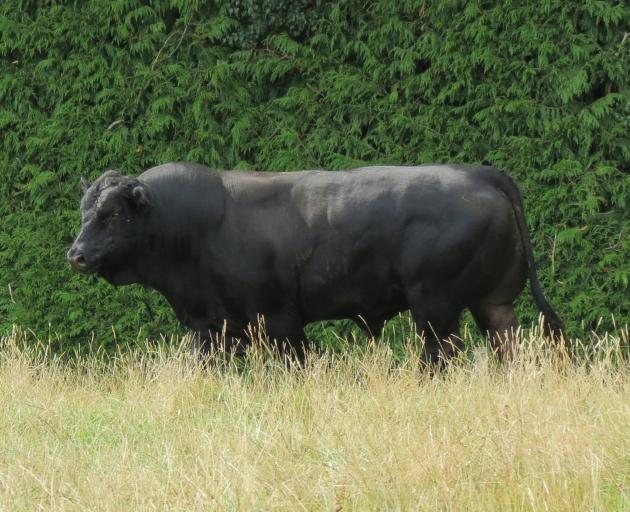 While Limousins' colour is generally considered to be "apricot'', Clark Scott and Judy Miller, of Loch Head Limousin Stud, near Heriot, have a more unusual black Limousin bull. Black Limousin bulls have been upgraded from an Angus base.
He said one of the key factors in the Limousins' success was the F94L, a myostatin gene, which was specific to the breed but similar to the Myomax in Texel sheep.

''While other cattle breeds have the same or a similar gene, about 80% to 90% of Limousins have two copies, which gives them their muscularity.

''That gives the carcass high cutability and about 8% to 9% more meat relative to the bone,'' he said.

''They can average up to the mid 60s percentage for carcass yield.

''They are known as the 'carcass breed' as their great attribute is the ability to increase the yield of their offspring.

''The increase in retail beef yield is where butchers and processors make their money,'' he said.

The Limousins also had a ''fiery reputation'' but were now being bred for docility, an important Estimated Breeding Value.

Loch Head is one of three southern studs and five Canterbury studs which have sent yearling bulls to Limousin New Zealand's South Island bull trials on a Dunsandel property.

The programme is in its 11th year, while the North Island version has been running for about 20 years.

Glencairn Stud, of Outram, and Black Creek Stud, of Longridge, have also each sent two yearling animals to the trial.

He said about 16 animals are run together under the same conditions to remove environmental influences, so they are on the ''same footing''.

The trial runs from August to May and the bulls are regularly weighed, while traits like docility, weight gain, eye muscle area, and intramuscular fat are scored, their semen tested and DNA samples taken.

''By the end of the trial they get a Warrant of Fitness,'' he said.

They are then ranked and sold.

Loch Head has a bull in the top four this year.

''It allows us to compare against other breeders and see results of different types of genetics,'' Mr Scott said.