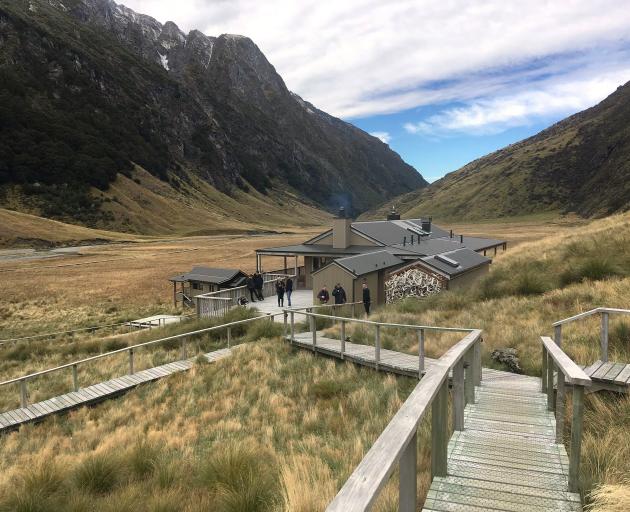 New Zealand’s lamb, beef and venison was showcased to a delegation of international chefs and food media earlier this month. Agribusiness reporter Sally Rae joined the group during a visit to Minaret Station.

It's called the Antipocurean Series.The novel melding of the words antipodean and epicurean is part of the Alliance Group’s food service strategy.

It wants to build a "cadre" of international chefs - or Antipocureans - who have experienced  the land, people and environment first hand. 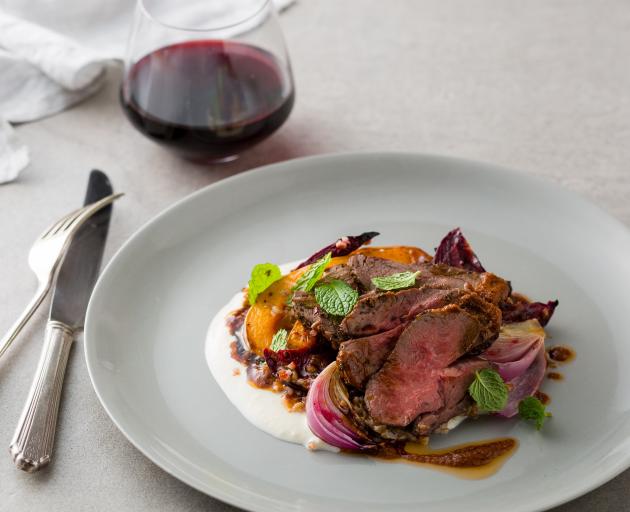 The aim was to offer the group an insight into New Zealand’s produce and its provenance.

"We’re aiming to improve the awareness and understanding of New Zealand as a purveyor of premium fare. Although the country boasts a fine reputation, we can do much more to highlight the source of origin, environment and people behind our premium lamb, beef and venison," Alliance Group general manager marketing Peter Russell said.

"This is an opportunity to demonstrate to international media and the food service sector the passion of our farmers and the fact that not all lamb, beef and venison is the same." Properties visited included White Rock Station, near the Rangitata Gorge, Godley Peaks Station, at Lake Tekapo, and Minaret Station, on the shores of Lake Wanaka.

At Minaret, the focus was on finding out more about the Omega Lamb Project, which had the goal of producing the world’s tastiest and healthiest lamb - Te Mana lamb.The group was flown by helicopter from Wanaka to the high-country station, where they were met by farmer Jonathan Wallis whose passion for the project was very evident.

The programme was a collaboration between the Alliance Group, Headwaters Group and the Ministry for Primary Industries.It built on a decade-long scientific programme exploring the benefits of putting fat back in a positive way by producing animals with higher polyunsaturated fatty acids, intramuscular fat and omega fatty acids.

The project centred on the links between long-chain omega-3 fatty acids, polyunsaturated (good) fats and low pH in a specially bred line of Headwaters lambs. The goal was to maximise the health-giving and taste qualities of these lambs, to maximise market return in high net-worth markets.

After viewing the last of the station’s lambs being finished on chicory, along with a mob of ewes, the group was then flown to the remote  Minaret Station Alpine Lodge for lunch - which included, of course, Te Mana Lamb.

When Gareth Stewart first saw the branding for Te Mana lamb, he likened it to single malt whisky.

"There’s whisky and then you’ve got the good stuff. This is the good stuff, the stuff you keep aside for special occasions ... it opens up so many possibilities with what you can do and carry the story to the plate," he said.

After visiting farms and meeting the farmers that produced Te Mana lamb, the celebrated chef’s culinary mind was ticking over and he already had a dish in mind that he could produce.

Mr Stewart became a household name in New Zealand when he hosted the first two seasons of My Kitchen Rules NZ with fellow chef Ben Bayly.

It was a "massive thing" for the two friends, who were taken out of the kitchen and put in front of a camera. But it was also good fun and great for his profile, he acknowledged.

Mr Stewart was at Soul Bar and Bistro in Auckland’s Viaduct Harbour for seven and a-half years.

He then took on his current role with The Nourish Group, running 10 restaurants, and spending most of his time at Euro in Princes Wharf.

He loved being "hands-on" in the kitchen - that was what he signed up for more than two decades ago - and his challenge was to get around the various restaurants and be in the kitchens, he said.

As part of the Antipocurean Series, Mr Stewart cooked one night for the group, which included Michelin-star chefs.

"What do you cook for these chefs who understand food to another level?" he said.

So he kept it "very humble", making a lamb soup, using Te Mana lamb shoulder, which was smoked with a heap of spices.

Aimee Charteris is all about injecting a bit more sparkle into the sheep industry.

Ms Charteris, who has played a key role in the Omega Lamb project, is passionate about making farming "an amazing, exciting place to be".

The Napier-based geneticist is not your stereotypical scientist. From her pink-sequinned sleeves to her pink locks of hair - a riot of colour amid the subdued tones of the high country -  she laughs that she "definitely breaks the mould".

Brought up with a sheep and beef background near Gisborne, Ms Charteris has degrees in animal science and animal breeding and genetics from Massey University. Being able to put all the ideas together into the programme, for her, from a scientific point of view had been "like a dream come true".

The "amazing" farmers involved and participation right across the supply chain really made that dream come true, she said.

In the farming sector, there had not been proper engagement along the supply chain with everyone given information and open feedback channels allowed to exist. But that was what had happened with Te Mana, she said.

You could have the the best genetics in the world but, unless you exploited them in the right way or form, nothing would happen, she said.

The team behind Te Mana was "world class"; from the science to the farmer to the processor and marketer. The rest of the industry could learn a lot from  the project.

Everyone needed to "open their eyes" and farmers needed to look at the opportunities, think outside the square and look at what they were doing,  producing food.

They needed to engage with customers - "without that, how do you know what they want?  ... The world is your oyster," she said.

Jonathan Wallis believes the Te Mana lamb initiative is the "catalyst for change" in the New Zealand sheep industry.

Minaret Station, owned by his family’s Alpine Group, is one of the Te Mana breeding programme’s founding farms.

When Minaret was looking at getting back into sheep, the initial priority was breeding one that could stand the harsh environment. The focus was on productive traits.

But then, it dawned on the group of farmers behind the Headwaters breed that there was a marked dislocation between those in the food service industry and what consumers wanted on a plate, versus what farmers were producing, Mr Wallis said.

For a long time, farmers were paid on an animal’s yield and that had driven work towards a leaner lamb. But as it got leaner, it also became harder to cook and there was less taste, he said.

There was a perception that fats were bad and they thought a leaner product would be more attractive to the market.

But fat was flavour and taste and added succulence, so breeding Te Mana lamb was an initiative to help fix that market dislocation, he said.

The lambs were finished on chicory and chicory/red clover pasture for the last month, which changed their composition, Mr Wallis said.

New Zealand’s reliance on pasture grazing meant being limited by climate and the physical constraints of the land.

A pasture-based system was predominantly ryegrass, underneath which was the "backbone" of New Zealand agriculture, clover.

Technology and science had shown a whole lot of other things needed to be introduced to the animal’s palate to change the composition of the meat and that was where herbs came into it.

Other plants could equal the growth rates but did not have the same qualities, and that was what set chicory apart.

"We get great growth rates out of it but also produce something you guys want," he told the chefs. 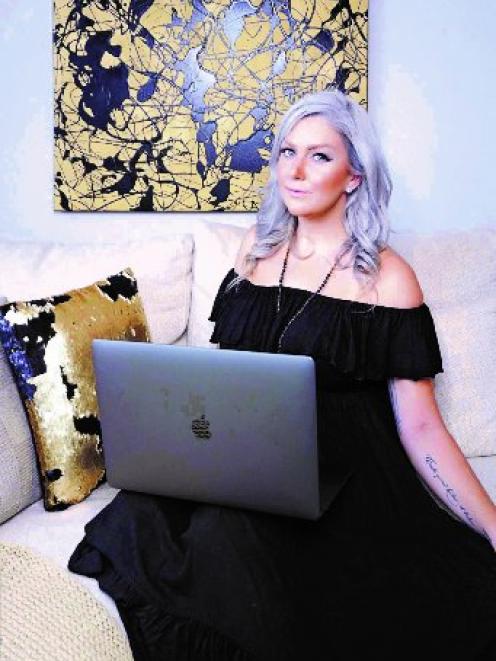 It's a hard life but somebody’s got to do it. Zoe Bowker is a globetrotting blogger who writes about food, wine and luxury travel.

Over the past two years, the Dubai-based Melbourne-born Kiwi-raised foodie  has amassed 46,000 followers on her Instagram account.

And she reckons that New Zealand is going to be "the next thing" on the global gastronomy scene.

Ms Bowker - who was selected as an Official Tastemaker for The World’s 50 Best Restaurants in 2016 - was excited to see how the food scene had matured in the past couple of years.

New Zealand was learning to love its own cuisine, developing it and its own identity. There was more understanding of what was New Zealand food.

It was time  gastronomy became a reason  why people  decided to  visit New Zealand - "not just [The] Lord of the Rings".

"We’re not just Middle-earth. Let’s start the conversation about food. I think there’s going to be a good couple of years coming up," she said.

Restaurants Amisfield, at Lake Hayes, and Auckland’s Clooney were "absolutely" on the level of the world’s most highly rated gastronomic experiences, she said.

The secret to making a career out of being a foodie and travel blogger was being passionate and honest, and having integrity; otherwise you lost people’s trust.

It was subjective, as everyone was going to have a different opinion, and people needed to know either way - whether something was good or bad.

As a food critic, she quipped,  she spent 90% of her day avoiding food. The most courses she had ever eaten in a day was 56, with a double lunch and a double dinner.

The great thing about Instagram was she was "instantly reachable" and she could have conversations with people all over the world.

She was so excited about the Te Mana lamb project; to see New Zealand innovation in that way.

It was about developing a product that was going to increase satisfaction and it was amazing that New Zealand could be a pioneer in that field.

"It’s great to see how they’re putting all that brain power into our resources and taking them to next level," she said.

It was at Clooney that she first tried Te Mana lamb and she could not believe the taste.

"To have a product that actually is that superior in quality ..." she said.