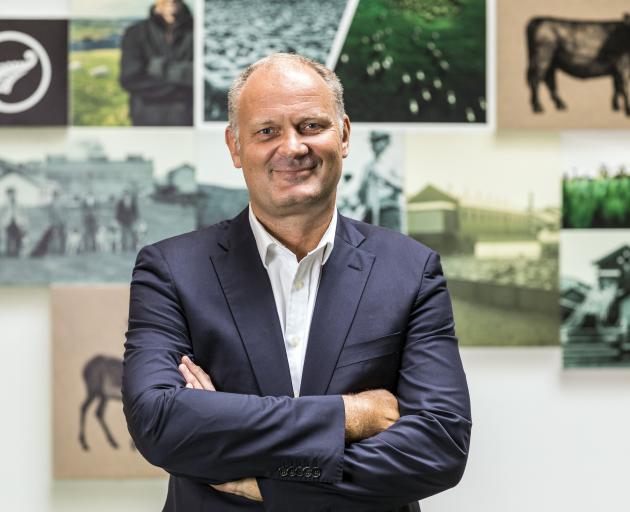 That figure is up from just $5.8million the year before.

The company is jointly owned by Shanghai Maling Aquarius and the Silver Fern Farms (SFF) Co-operative, which itself posted a net profit of $34.9million.

SFF chief executive Simon Limmer said consumers had driven up demand for protein because of the negative effect the African swine fever had had on Chinese pork.

"With customers in China looking to beef and lamb items to fill some of the void left by the culling of pigs, it set a positive benchmark for other markets to follow and they responded accordingly."

SFF Co-operative was in a strong position with no debt, chairman Richard Young said.

"Whilst this was achieved last year, we now have a strong platform to weather a period where our country and the world is in a period of considerable economic uncertainty."

Mr Young said the result was SFF’s strongest in the last decade and "one that is more fairly representative of the significant scale of the business and our investment in it".

Simon Limmer said the company’s performance in 2019 was important given the new operating environment.

He said the company would now be able to execute its strategy of developing staff, supporting farmers and feeding New Zealanders and the world with "sustainable, naturally delicious red meat".

The organisation employed 7000 staff and viewed them as "fundamental" to the recovery that would come after Covid-19 had passed, Mr Limmer said.

"Keeping our people safe and employed under the current environment is paramount to us.

"We are taking our responsibility seriously around how important our role is in the recovery of our country."

Mr Limmer said dynamic shifts in the market were managed well by the company’s sales and marketing teams.

For 2019, SFF Ltd had revenue of $2.6billion and earnings before interest, tax, depreciation and amortisation of $123.4million.

It increased its level of capital expenditure by $3million to $32million over the year.

Mr Young said the co-operative was taking a conservative approach to the current operating environment.

"Liquidity and cash flow management will continue to be critical in maintaining optionality in managing Silver Fern Farms Ltd’s relationships with all stakeholders in uncertain times."

Mr Young said the two controlling companies of SFF had agreed to defer dividend payments until the outlook for the global operating environment became clearer.

The co-operative’s annual meeting will be held virtually on April 30.