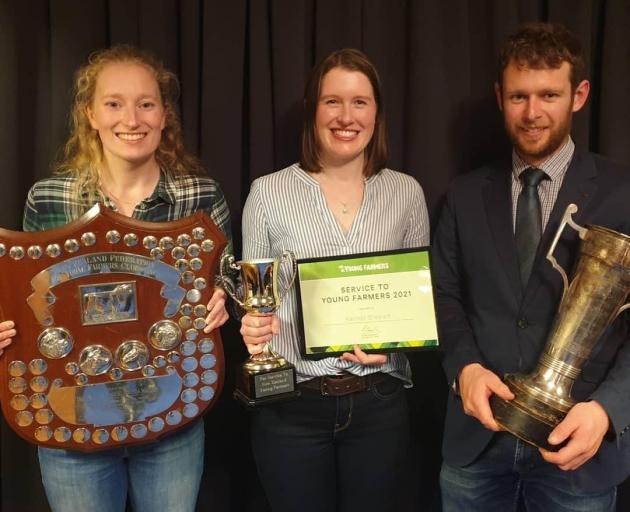 The Christchurch City Young Farmers’ Club(YFC) member was recognised for her contribution to young farmers’ clubs at an awards evening held during the FMG Young Farmer of the Year grand final week in Christchurch earlier this month.

‘‘It’s a big honour. Everyone puts so much into it, so it’s nice that they honour us in this way,’’ Ms Stewart said.

‘‘There’s so many people involved and every nominee has put in so much to their club and different aspects of young farmers.’’

Originally from a sheep farm at Hororata, she first joined a young farmers’ club six years ago while working in Auckland.

‘‘I started with the Auckland City club after I moved up from Christchurch as I thought it would be a good way to meet people and it allowed me to maintain a rural connection.

‘‘I was up there for 15 months and then I moved back to Christchurch and got involved with the Christchurch City club and from there I stepped into lots of different roles.’’

She is an adviser to the Lincoln University YFC, served on the Tasman regional final committee in 2018 and was originally on this year’s grand final organising committee, but pulled out to support her friend, Roshean Woods, the Tasman finalist.

While day-to-day farm work was not her thing, Ms Stewart stayed connected to the rural sector working as an IT contractor with Ravensdown and as a chartered accountant, she uses her accounting skills to assist young farmers.

‘‘I don’t think all of us need to be on farm. We can all contribute to the sector with our different skills. It’s definitely better for me to contribute sitting behind a computer screen and making systems more resilient.’’

The service award was jointly won by Samantha Tennent, from Marton YFC. 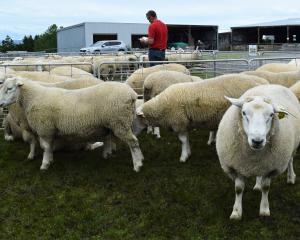