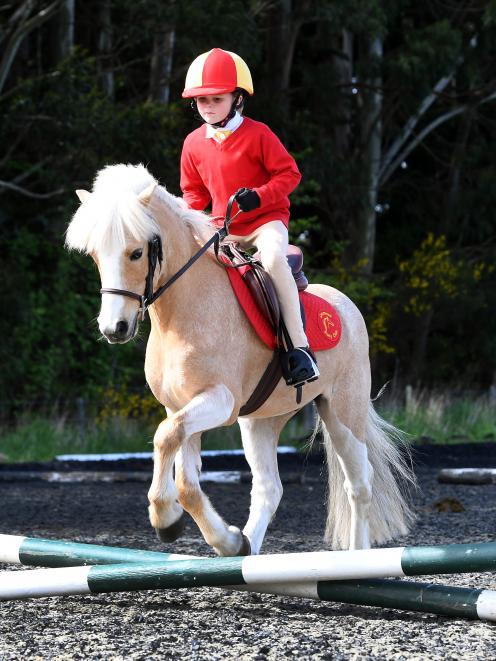 District commissioner Louise Lawrence said that while Covid-19 had forced the closure of many events last year, it was rain that had scuppered gymkhana plans over the past two years.

However, clear skies in Dunedin yesterday meant members had been given approval to travel from all over Otago to compete.

The Dunedin branch played host from 10am to 3pm at its Three Mile Hill site.

Ms Lawrence said the competition was open to horse enthusiasts of any age.

"You don’t actually even need a horse of your own to join in. We’ve got the riders without horses programme, so everyone is welcome."

The 45 competitors at yesterday’s event were scored in classes including best rider, best paced, best mannered as well as show-jumping.

Each class awarded ribbons for first to fourth place.

Scores were also given to overall branches, Dunedin winning the title.

Although it was wonderful to see the skill and technique involved in the competition, Ms Lawrence said, all in all, the day was an opportunity for members to come out, have have some fun, explore new skills and showcase what they had learnt.

"There can be other people watching from the sideline so nerves can come into play. The gymkhana is a good way to start putting into practice what a rider has learnt at their pony club’s rallies," she said.