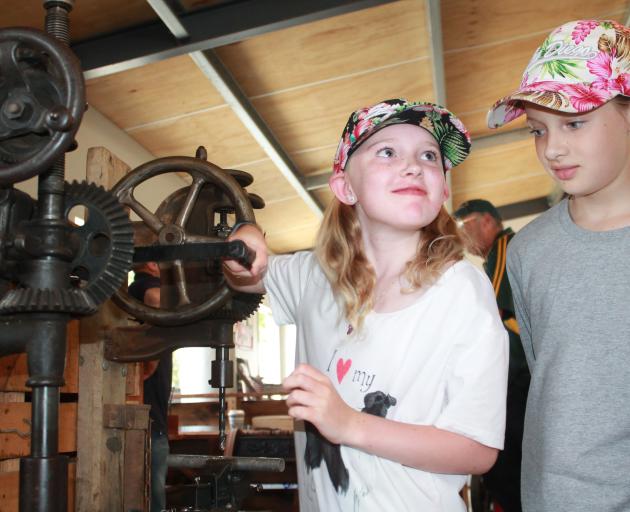 Getting some helpful advice from Mum and Dad, Ciara Donnelly tries out the vintage hand drill while sister Amelia watches. PHOTOS: KAREN PASCO
Chugging, hissing, thudding and whirring, along with the smell of coal burning and smoky steam filling the air. There was no question — this was Edendale Crank Up Day 2020.

The sun shone as lawnmower races, tractor-pulling events, parades, novelty competitions and bands entertained spectators sitting up to eight-deep around the main ring on Saturday.

Thousands of tractor and traction engine enthusiasts, as well as people just looking for something fun to do, came to the annual three-day event hosted by the Edendale Vintage Machinery Club.

The Deep South Rhythm Band entertained as toes tapped away to You Are My Sunshine and other old-time tunes. 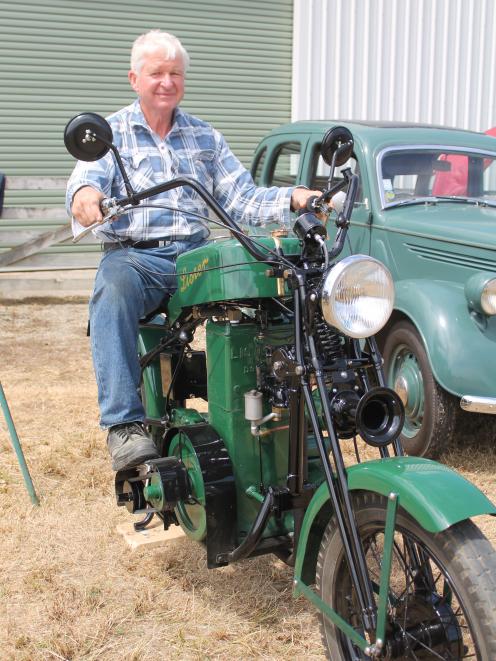 It took six months for Gary Mikkelsen to piece together this motorbike made of parts from various modes of transport.

For the Donnelly family, of Invercargill, it was a family day out on parents Jenny and Nathan’s wedding anniversary.

"I’ve brought Jenny out to spend it with old men and tractors," Nathan joked.

Daughters Clara (8) and Amelia (10) had a try at the old hand drill, cranking the handle with vigour to make a hole in a piece of wood.

Owen Bennett, of Green Hills, near Bluff, brought a three-year labour of love to life as he rode his model traction engine around.

Although still needing a finishing paint job, his late-model Burrell traction engine was a great example of what the original would look like, albeit three times smaller.

Mr Bennett had imported the parts from England, where the original Burrells were manufactured.

"I had to machine all the parts and drill the holes in all the right places," he said.

He then meticulously assembled the pieces to create the fantastic engine on show at the weekend.

One Brydone resident, Gary Mikkelsen, had his motorbike proudly on show.

This creation, which included a tractor seat for the rider, was melded from a 1930 Lister engine, a modified 1930 AJS frame and a 1950s railway jigger gearbox.

Despite its Frankenstein-like origins, the end product was a masterful piece of mechanical tinkering and a thing of beauty that took its creator six months to make. 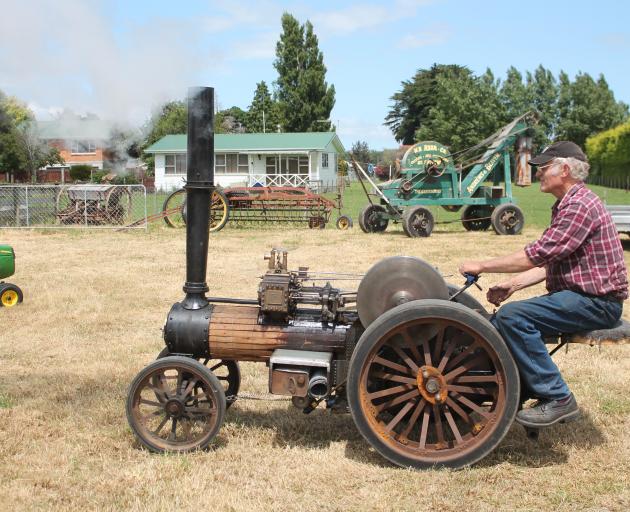 Owen Bennett drives his Burrell traction engine.
When the parts arrived at Mr Mikkelsen’s home, his mechanic son may not have had the same vision as his father.

"But now he sees the finished project he thinks it’s pretty cool."

Members of an agricultural group from the United States were thrilled to have included the day in their tour of New Zealand.

Minnesota farmer Parker Revier was one of the party.

On his first visit to New Zealand, he was impressed with the country’s scenery.

"I’m just not used to having the coast so close no matter where you go."

He was also given an opportunity to participate in the activities.

"I drove an old [Massey] Ferguson tractor owned by one of the local men here," he said.

When asked if he stayed on the correct side of the paddock, he replied: "I didn’t mess it up."

Mr Revier’s favourable impression of the day may have been short-lived. In typical Kiwi humour, commentators were advertising across the PA system that the single Mr Revier was looking for a New Zealand wife — "if anyone was keen".

For Gore residents William and son Theo (5) Crossans, the highlight was competing in the lawnmower race.

Theo said it was going fast that made it so much fun. For William, it was a perfect day "for townies who liked farm stuff".

No doubt a sentiment agreed by many who attended. 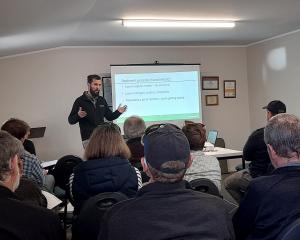 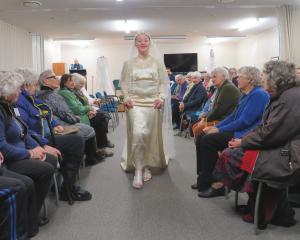