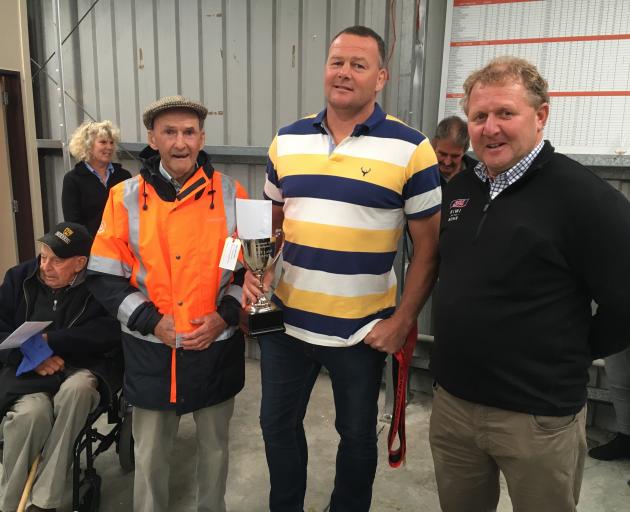 The Marlborough father and son duo paid tribute to their ram breeders, Chris and Jane Earl, of Scargill in North Canterbury, after being announced as the winners of the Canterbury A&P Association mint lamb competition on Friday.

"It's nice to give some recognition to Marlborough, but we couldn't do it without our ram breeder," Stu Campbell said.

"Chris and Jane look after us well and we appreciate what they do for us.

"We've been buying their rams for the last six years.

"We are on the same page for what they're breeding and what we want to achieve." 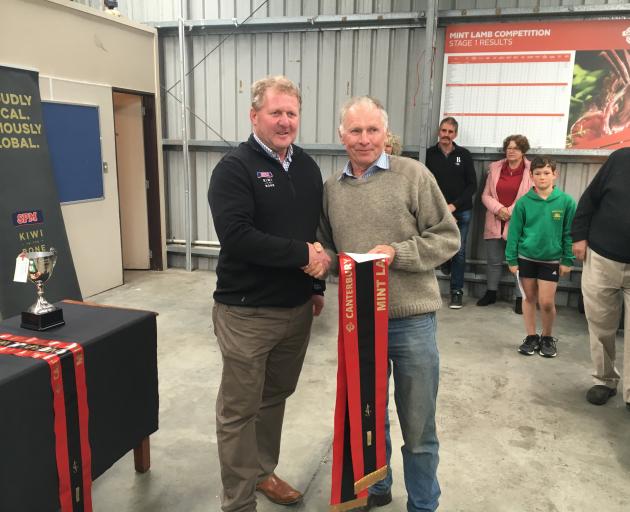 The Campbells first entered the mint lamb competition last year, winning the the tenderness class, but the lamb was "all fat" when it came to overall honours, Stu Campbell said.

The Campbells have 117ha at Spring Creek, near Seddon, and 400ha at Awatere Valley, running a mixed sheep farm and vineyard, with 1400 ewes and growing grapes.

"They work in well together," Stu Campbell said.

"For us, the sheep are the leaf pluckers to open up the fruit and then once we've harvested the grapes you've got that platform to graze."