Sharing the facts about shearing 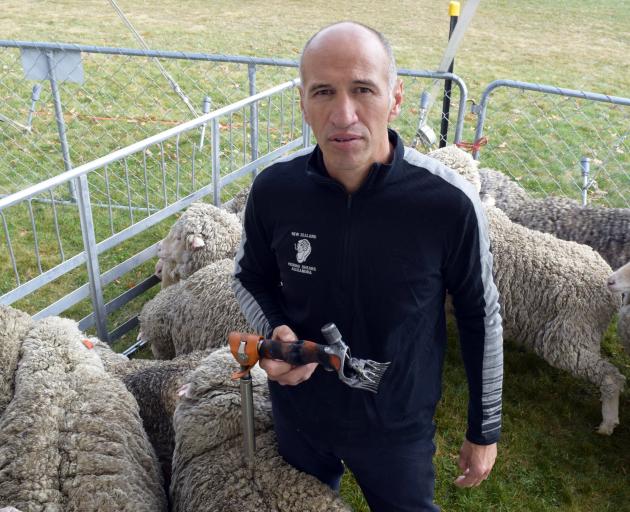 Mouse O’Neill Shearing owner Colin "Mouse" O’Neill, of Alexandra, said he had been holding shearing demonstrations at the Wanaka A&P Show for the past six years.

He shore 130 crossbred lambs and 40 merino ewes in demonstrations over the two days of the show, which finished on Saturday.

"We shear away all day."

He was first invited to demonstrate shearing at the show by Central Otago fine wool shearer Marty Cornish — who had emphysema and died last year.

Mr Cornish was passionate about the industry and held the demonstrations "to give something back".

"Marty was one of the best around ... he got this going and we jumped onboard because he was a family friend."

Mr O’Neill said his shearing gang had been "flat out" since the New Year and was frequently working six-day weeks. 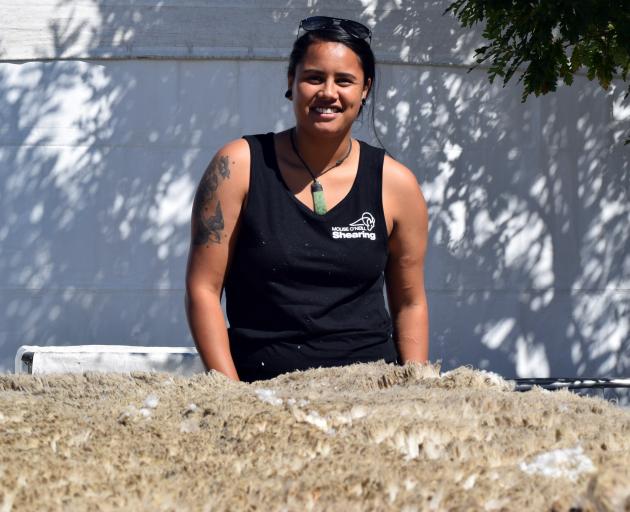 Mouse O’Neill Shearing woolhandler Priscilla Albert, of Alexandra, displays a merino fleece at a shearing demonstration.
While he was at the show, some of his gang were shearing 1200 crossbred ewes in Clydevale.

The staff holding the demonstration missed out on two days of work but it had its benefits for his business.

"It’s a good day out and we meet some really good people and have a yarn."

The demonstration was a good way to break some stereotypes about the industry, such as all shearers being "big drinkers and party people".

"When I started — age 15 — it was about that. It’s about professionalism now. Things have changed."

His business employed about 35 staff including Megan Whitehead, who broke the women's world record for shearing the most number of lambs in nine hours in Gore in January.

Traditionally anyone wanting to train for the industry had to pay hundreds of dollars in fees.

"It’s not practical — hopefully this new training will get more people involved."

He and fellow shearer Nathan Stratford were providing some shearing training for Womolife.

"There is some real good things going on in the industry at the moment."