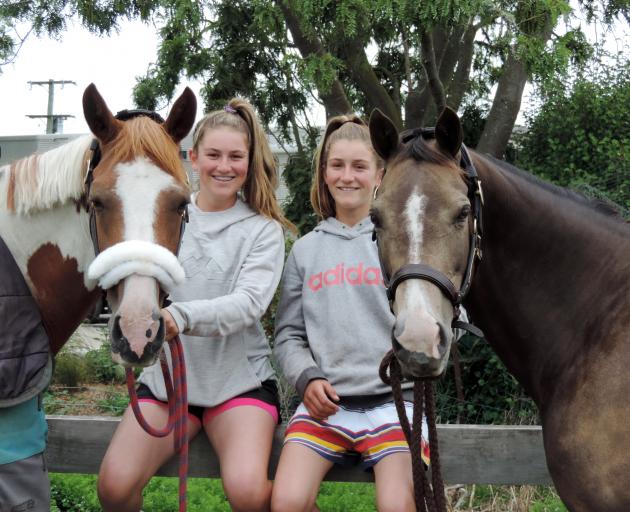 Samantha Gillies (left) with Junior Disco and Emma Gillies with Benrose Playtime relax at home on the farm. Photo: Sally Brooker
Sisters growing up on a North Otago dairy farm have leapt into national prominence.

Emma (13) and Samantha (14) Gillies finished first and second respectively in the open pony championship at the national showjumping championships in Christchurch this month.

Less than three seconds and only five points separated them after five rounds of competition.

The girls live at Waitaki Bridge, just south of the Waitaki River, on a farm running 1100 cows. 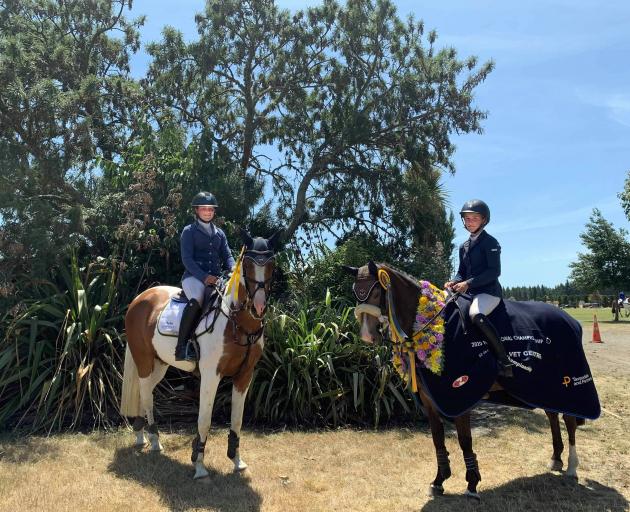 Samantha Gillies (left) on Junior Disco and Emma Gillies on Benrose Playtime display the ribbons, garland and cover they won in Christchurch. Photo: Supplied
Their mother, Phillipa, is their equestrian coach. But despite having the same input, Samantha said she and Emma had contrasting riding styles.

‘‘It just happens. We can both ride each other’s ponies, but we ride them so differently.

‘‘I suit more ponies that take me somewhere.

Emma Gillies takes Benrose Playtime over a jump on the way to victory. Photo: Sophie Simpson Photography
Their brother, Ben (11), has given up competition riding to play other sports, but still rides around the farm.

Father David joins the rest of the family on their equestrian endeavours when he can be spared from dairy work.

They travel to competitions across the country in a truck that accommodates all five of them and seven ponies.

The Gillies have eight of their own horses on their property, plus one belonging to a friend. 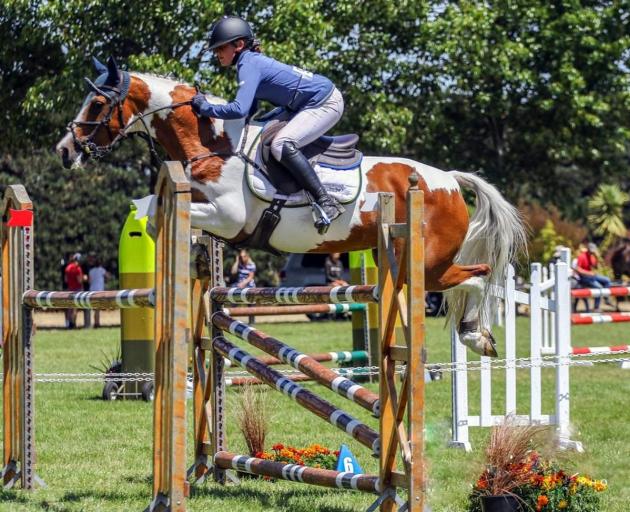 Samantha Gillies and Junior Disco move as one around the course. Photo: Sophie Simpson Photography
Samantha and Emma’s daily chores include feeding the ponies before and after school, cleaning their riding gear, grooming the ponies, and helping on the farm.

They train their ponies together over jumps built by Mrs Gillies’ father, well-known North Otago farmer Bill Pile, when his own daughters were young.

‘‘The girls have young ponies to work on — project ponies,’’ their mother said.

Mrs Gillies said although equestrian activities were a huge commitment, ‘‘it’s worth it for the life skills they learn’’.