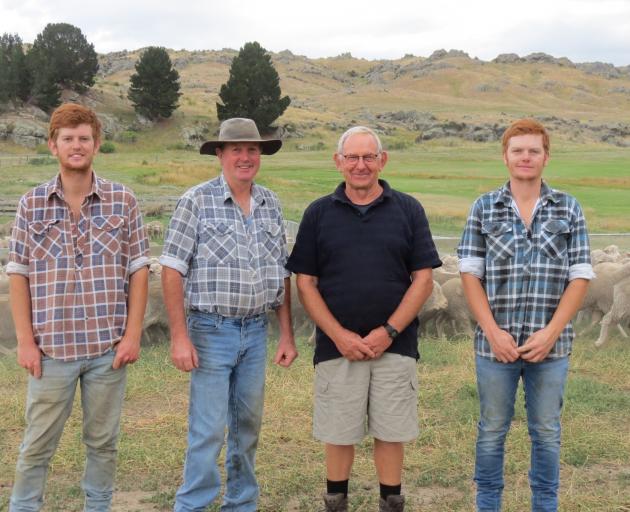 PGG Wrightson regional livestock manager John Duffy said the market had been fair for both sellers and buyers and all stock on offer was sold. 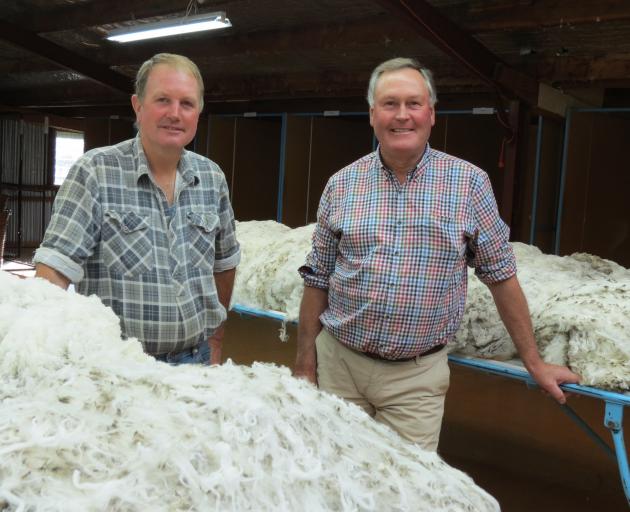 Little Valley Station owner Lindon Sanders talks to Hawksburn Station owner Philip McElroy, who was the first bidder to arrive at the sale last week.
The wether lambs and smaller mixed lambs were between $5 and $10 back on last year’s prices, in line with the lamb schedule.

"The merino ewe lambs were sought after for breeding and bought by people who regularly buy every year," Mr Duffy said. 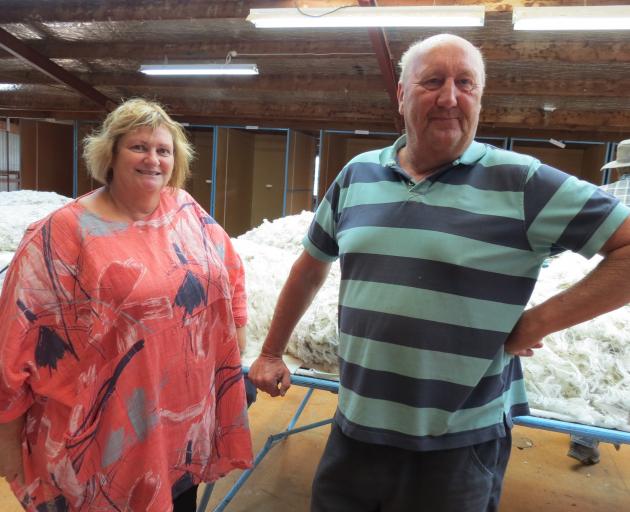 The breeding ewes were similar in price to last year ... in line with strong mutton schedule."

Stock were sent to farms in East and Central Otago and some lines went to Canterbury. 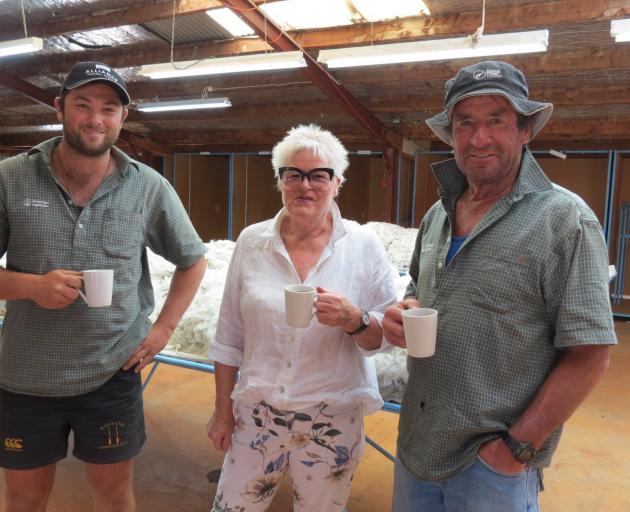 Jesse Porter (left), Mary Hore and Neville Hore, all of Galloway, attended the sale.
He said a lot of regular buyers were looking for specific lines to meet their wool contracts.

Little Valley Station’s flock averaged 17 micron and its wool sold at a premium in Italian markets, while Matangi averaged 17.5 microns and supplied wool to Reda in Italy. 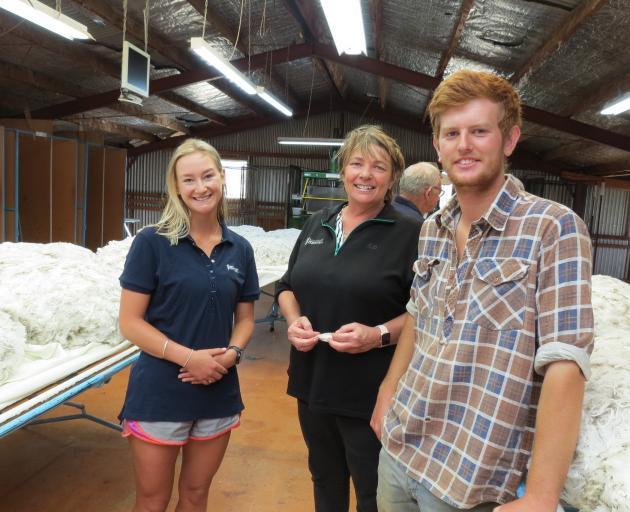 Prices for stock classes at the three stations ranged from $77 to $125.