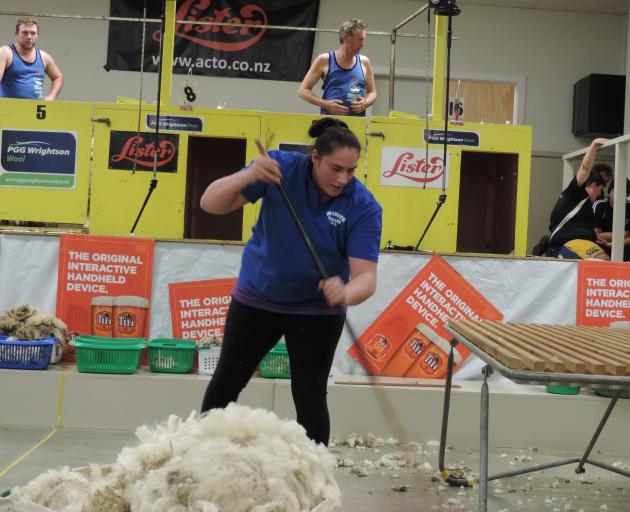 Eventual winner Pagan Karauria, from Alexandra, clears the floor in the open woolhandling final. A win at Waimate was a long-held goal; next on her list is winning at the Golden Shears. Photos: Sally Brooker
The Waimate Shears continues to attract top competitors and praise for its smooth running.

This year's 52nd event this month introduced live streaming, adding some 7500 viewers to its audience.

The technology was also used to decide the winner in the Friday night speed shear, after judges couldn't tell with the naked eye. 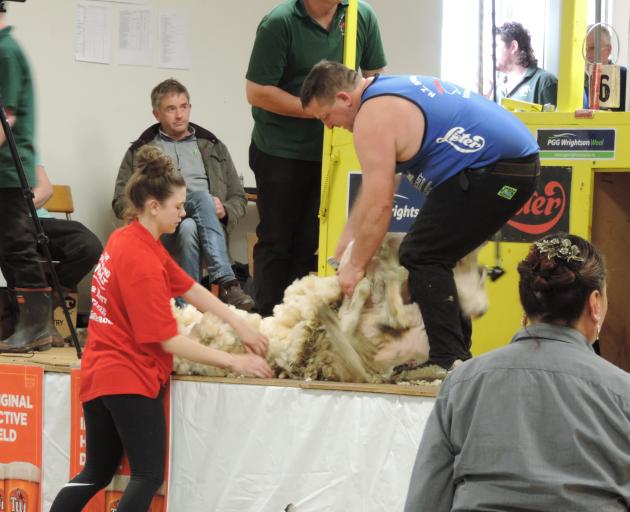 Lucy Avery, of Waimate, gathers the fleece shorn by Bill Melville, of Waimate, in the junior woolhandling final.
Mr White said he was ''really pleased'' with how well the shears went, thanks to ''a really good committee''.

While some organisations struggled to find helpers, if anything needed to be done for the shears there were two volunteers ready to do it, he said.

The home-and-away series continues in Dubbo next month. 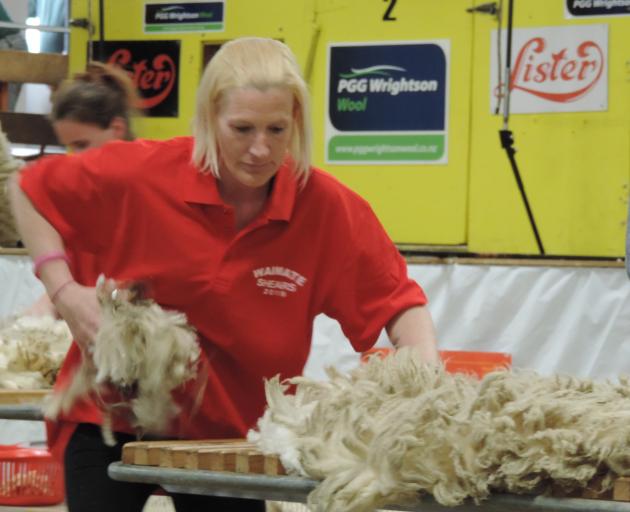 Waimate woolhandler Renee Rempala prepares the fleece in the junior final.
Despite their test win, both Oldfield and Dobbs were beaten in the open blades final by Wakari New Zealand representative Mike McConnell. His victory secures his place in next year's transtasman series.

Stratford was the fourth fastest to shear his 16 sheep, but the quality of his work elevated him to first. Manawatu's Aaron Haynes was second and Invercargill's Leon Samuels third.

Pagan Karauria, of Alexandra, dominated the open woolhandling, showing the skills that won her the New Zealand Merino Shears title at home the previous week. Amy-Lee Ferguson, of Invercargill, was second and Alexandra's Foonie Waihape third. 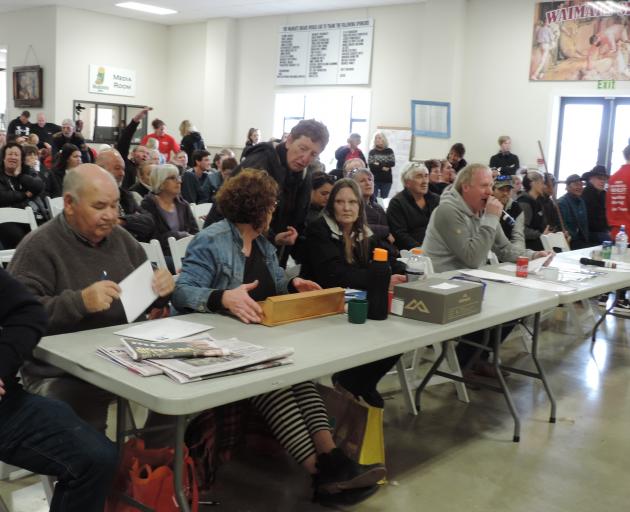 Eventual winner Pagan Karauria, from Alexandra, clears the floor in the open woolhandling final. A win at Waimate was a long-held goal; next on her list is winning at the Golden Shears. Photos: Sally Brooker
Waihape made history by winning Waimate's first women's shearing competition. She was also runner-up to Timaru shearer Jack Gordon in the junior shearing final.

The senior woolhandling went to Ohai's Sunni Te Whare and the junior to Balclutha's Heaven Little.