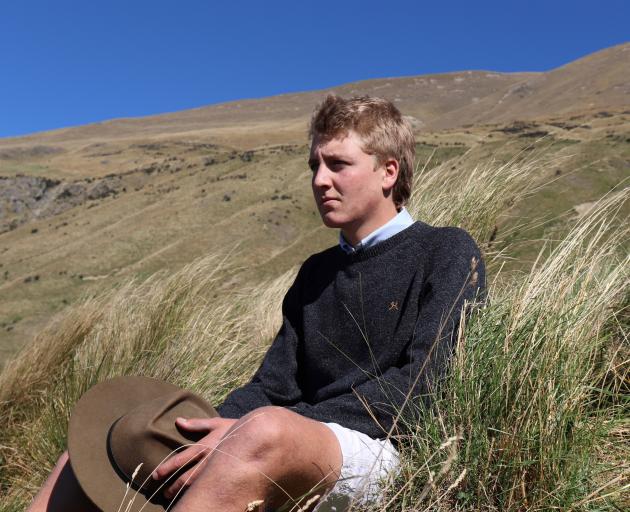 Hemprino has launched a jersey made from hemp and merino fibre. PHOTO: HEMPRINO
What do you get when you combine the skills of a high-country merino farmer with a West Coast dairy farmer and throw a sales manager into the mix?

The answer is Hemprino, New Zealand’s latest fashion label which combines the properties of hemp and merino in a single blend.

It is the brainchild of Siobhan O’Malley, Paul Ensor and Harriet Bell, who met on the Kellogg rural leadership course in 2018 and have a desire to reduce the environmental footprint caused by fast fashion.

As landfills fill with plastic-based clothing, the trio — who were newcomers to the fashion industry — are using natural fibres that are biodegradable at the end of the garment’s life.

As part of the Kellogg course, participants looked at macrotrends, and natural fibres was one of them.

As a dairy farmer, Mrs O’Malley had not known anything about the fibre industry but she found it fascinating.

Simultaneously, they were learning about hemp, another rising trend.

Afterwards, when she had the idea about a possible merger of the two fibres, she approached Mr Ensor, a Canterbury high-country farmer, who thought it was a "cool idea".

The initial research and development was undertaken by Mrs O’Malley, who in addition to her farming role is co-founder of charity Meat the Need, and Mr Ensor.

More recently, as they were close to having a workable product, Ms Bell was brought in with sales and marketing experience. It had been a "great fit", Mrs O’Malley said.

Experience was gained with offshore spinners in China and Italy before all production of the limited first run of the Hemprino Pioneer crew, which launched earlier this month, was returned to New Zealand.

The variety of hemp sourced was a special variety for fibre and New Zealand-grown hemp, of the quality required, was not yet available, so they were sourcing it from China.

Carrfields had partnered with Hemp NZ to research and develop the hemp fibre industry under a new company, New Zealand Natural Fibres.

Mrs O’Malley said Hemprino would love to be its customer as the trio, as farmers, believed in hemp as a plant, thinking it would be a great diversification for New Zealand.

Hemprino was a lightweight fibre and the jersey was very warm, soft and breathable, Mrs O’Malley said.

The idea was to gauge people’s feedback and then broaden the range and colourways. The product was already attracting interest from overseas markets.

Mrs O’Malley, who with her husband Christopher won the share farmer of the year title in 2017 and also works full-time as a school teacher, said it had been a "fantastic process", particularly learning about manufacturing.

Mr and Mrs O’Malley recently bought their first farm, inland from Hokitika, which they were moving to on June 1, and she was very excited.

They would not have done that if they did not "absolutely believe" in the future of agriculture, she said.

"It’s been a very long journey [to farm ownership] and its really exciting to tick that off and put down some roots."