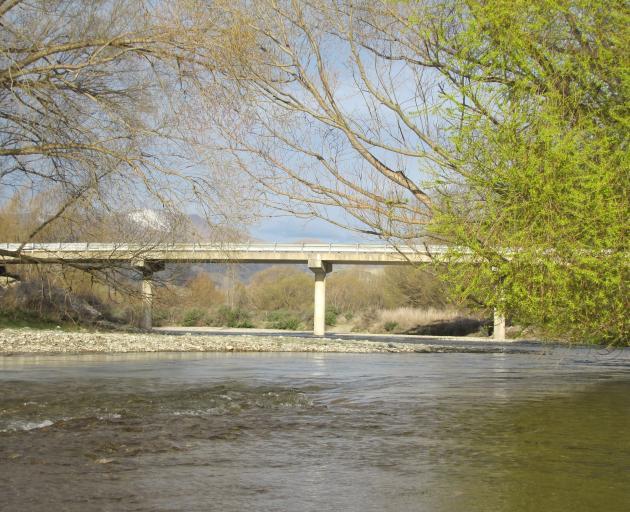 In a ruling released this week, Judge Jon Jackson set a minimum flow for the river of 550 litres per second and a primary allocation of 1640 litres per second, which are the limits proposed by the Lindis Catchment Group.

The catchment group is hailing the decision, having long said the original limits would be devastating for farmers and the local economy.

Water users are awaiting the second proceeding from the court on the issue, which is an "application for a suite of water permits to take water from the river".

Judge Jackson said this was expected this month.

"It's something that has been dragging on for years. Hopefully, this has got to the end of it."

He was "absolutely surprised" the group could not reach an agreement with Fish and Game.

"It didn't take too much to see that there was very little room for them to debate it. Ours was clearly a better option."

The original minimum flows would have caused "severe social and economic degradation" to the area, he said.

Tarras farmer Robbie Gibson said the ruling was Central Otago's "Erin Brockovich moment". Everything the group had said was vindicated by the decision, he said.

The implications of the decision were "huge" for other catchments, he said.

The regional council eventually changed its position last year and sided with the catchment group's flow recommendations after mediation, but Fish and Game stuck with its support of the original decision.

It did not want to comment too much in case it decided to review the decision, he said.

"The content is very complex and there could be implications for how the water plan for Otago is interpreted in future."

It planned to hold a special meeting next weekend to discuss its options.

"The real loser in this decision isn't Fish and Game, it's the general public and their right to see and enjoy the benefits of a healthy, free-flowing waterway, one that's thriving and not just surviving."

The commissioners released their final decision in 2016, which later that year was appealed by the catchment group.

Alongside the proposed minimum flows the group said it would replace water races with a more efficient system of bores.

Judge Jackson said the chosen option achieved the purposes of the RMA and was a "more efficient use of the water".