Flat out making sure flour gets through 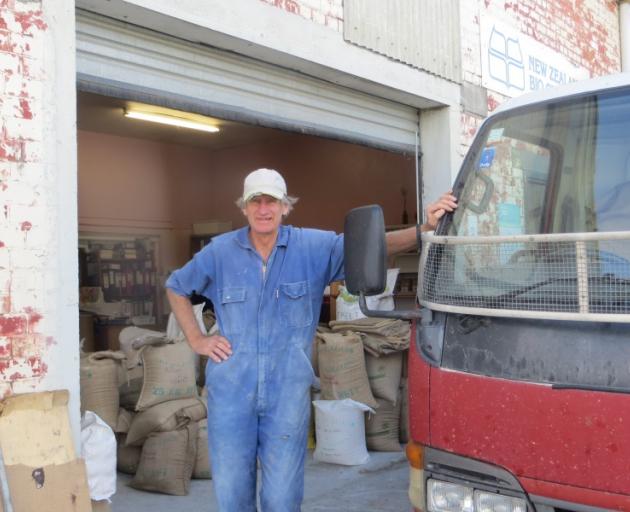 Home delivery, no problem ...Harry Lowe, of NZ BioGrains, and his trusty Isuzu are regulars on South Island roads.PHOTOS: TONI WILLIAMS
Flour shortages around the country have had the dedicated crew at New Zealand BioGrains, in Ashburton, working flat out to help ease limited supply.

And the appreciation of customers has been the best tonic to keep going, NZ BioGrains manager and owner Harry Lowe says.

Mr Lowe, who drove the deserted streets of Queenstown on the first day of Covid-19 Level 4 lockdown, and those in Nelson over Easter, said as bakers nationwide shut down, more people seemed to have taken up baking.

‘‘It was extremely busy,’’ he said, estimating up to eight staff working at the mill were at least two to three times busier than usual over the four-week period.

The company not only supplies organic and biological flour and stock food products, but also organically grown grains, pulses and nuts throughout the country.

Four of its organically certified suppliers were arable farmers in Mid Canterbury.

It also did its own deliveries from one end of the South Island to the other in the company’s trusty Isuzu, which has done more than 500,000km.

The Isuzu, the latest in the fleet, will be used until it retires, just like those preceding it.

It can carry up to five tonnes of product.

‘‘We were quite lucky. We’ve been doing our own deliveries around the South Island for 30 years,’’ Mr Lowe said.

Mr Lowe, who along with wife Mary owns the business, which has been in operation in the Dobson St site for the past 33 years, said most stock food orders were already delivered, contactless, at designated sheds on farm.

That contactless delivery had continued to front doors for household products sales, including flour that had noticeably changed from small orders of 1.5kg, to much larger quantities of 25kg.

Most people were ‘‘pretty relaxed’’ once they knew who he was and why he was at their property.

‘‘Some people are so grateful to get [their delivery]; that’s where you get your energy from,’’ he said.

An influx of hundreds of orders before the Level 4 lockdown sparked a brief halt to ordering until it ‘‘fell into place’’.

In normal times, the business had a steady yearly pattern with customers ordering monthly or weekly. However, there was no normal right now because of the Covid-19 restrictions.

Given how busy it had been, Mr Lowe was grateful for a couple of days respite over Anzac Day weekend before heading back into work for the next phase, although at the reduced Alert Level 3.

He said the large size of the mill worked in favour of social distancing rules at work and allowed staff to keep to their own areas.

Also, customers picking up product did so at the front door.