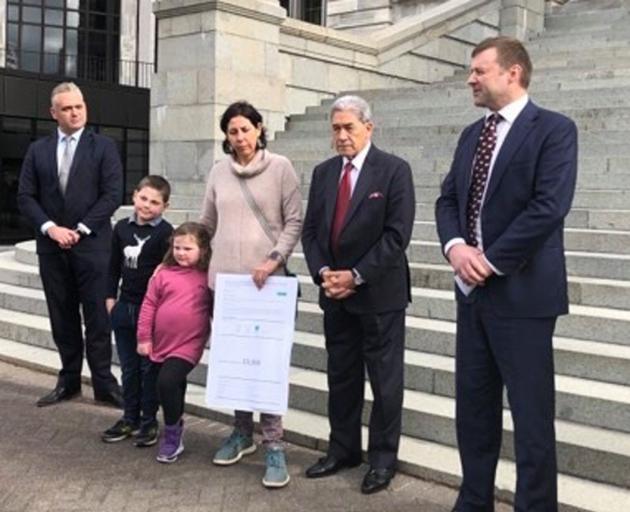 The petition — which calls on the House of Representatives to ensure all publicly funded buildings and KiwiBuild homes were built or refurbished with New Zealand wool carpet and insulation — was signed by 15,069 people.

She believed there needed to be a "united front" within the sector to ensure collaboration when it came to the next step for the future of the beleaguered crossbred wool industry.

ANZ’s latest Agri Focus report, released yesterday, said the outstanding natural attributes associated with wool would eventually be recognised but, for now, there was "nothing on the horizon" that would deliver a substantial improvement in prices.

Commitments to using wool products such as those made recently by carpet maker Cavalier were a step in the right direction — "but at the end of the day if the consumer demand is not there, then it won’t make much difference", the report said.

Wool returns remained at dismal levels; prices for coarse wool were at their lowest level in more than 20 years, and that situation was unlikely to change any time soon as the supply chain was "clogged".

"End user demand is weak and this means the wool simply doesn’t have anywhere to go."

Wool was backed up in wool buyers’ stores and more wool was starting to be stored on farm as farmers held wool until prices improved, or had not been able to find buyers.

Given the scale of the issue, it was very difficult to see prices rising significantly from current levels any time in the next 12 months, the report said.

Consumers would be "watching their pennies", given the economic climate, so it would be a challenging environment for premium products to operate in.

There was also more emphasis on sustainable consumption; that might eventually result in less frivolous purchasing with buyers opting for a lesser number of higher quality purchases.

Even fine wool, which had been the "darling of the wool trade" was facing some challenges. There had not been a lot of fine wool traded lately but prices were definitely softening, it said.

Demand for high-end suits had waned as more business people were working from home, either by choice or due to lockdowns. That was allowing for more casual dress and therefore less demand for suits. Economic considerations were also playing into those decisions.