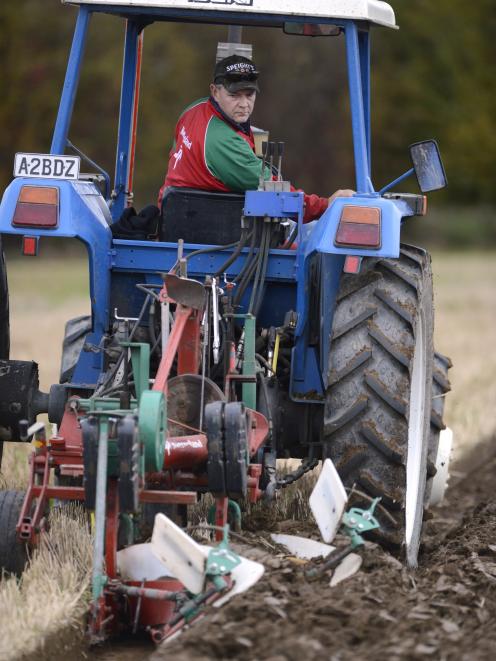 Scott McKenzie in action ploughing during a recent ploughing match on the Taieri. Photo: Gerard O'Brien
Southern ploughing enthusiasts are keen to put in a bid to host the world championships at Hawea Flat in 2028.

On Saturday, the Upper Clutha ploughing match will be held for the second time at the potential site, attracting good entries.

Prominent southern ploughman Scott McKenzie, of Clinton, a veteran of two world championships - and who has been selected to plough at next year's championships in Russia - was excited about the location.

Hosting the championships required a large area of flat land - which was available - and also between about 400 and 500 beds nearby to accommodate the competitors, coaches, managers and others attending.

There were also other factors, including accessibility to an airport and also to a port for containers, as most competitors brought their own tractors and ploughs.

The southern ploughing fraternity wanted to host it, while the landowner was also extremely supportive, Mr McKenzie said.

It would provide a large injection economically into the local community and those attending also tended to stay on after the event.

Mr McKenzie, who has ploughed in Slovenia and Sweden, was looking forward to travelling to Russia next year, as he was fascinated by the country.