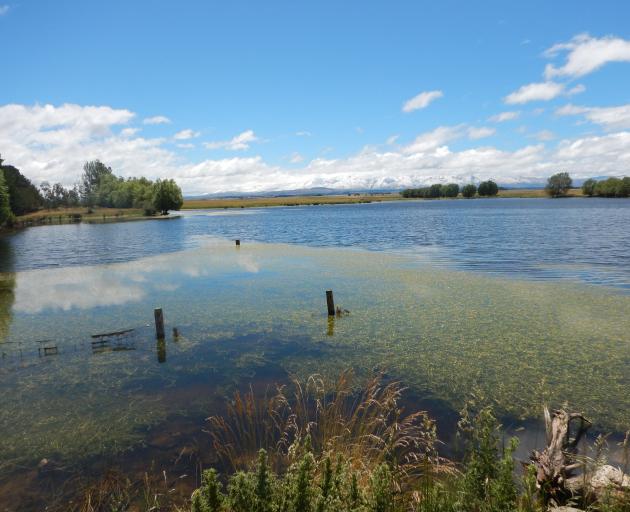 Blakelys Dam with and without the sun. The 2.5kg rainbow trout that almost got away. PHOTOS: MIKE WEDDELL
Over the past week it has been possible to fish in any season of the year, as far as the weather is concerned.

I fished in snow one day and in warm sunshine another, but despite the meteorological vagaries, all fishing waters are in good order for the weekend and, hopefully, the whole holiday period, too.

If we get a period of warm weather, willow grub will start to drop on the water in numbers and attract big trout to the surface and green beetles to fly over the tussock lakes.

I was teaching casting on the Taieri the other day and the lesson was interrupted several times by trout charging into the shallows in pursuit of inanga — it is hard to concentrate on casting technique when trout are swimming in full view!

Dennis, my pupil, showed great strength of mind, sticking to the task at hand rather than tying on a fly and trying to catch the trout (that means there’s still trout under Outram bridge). 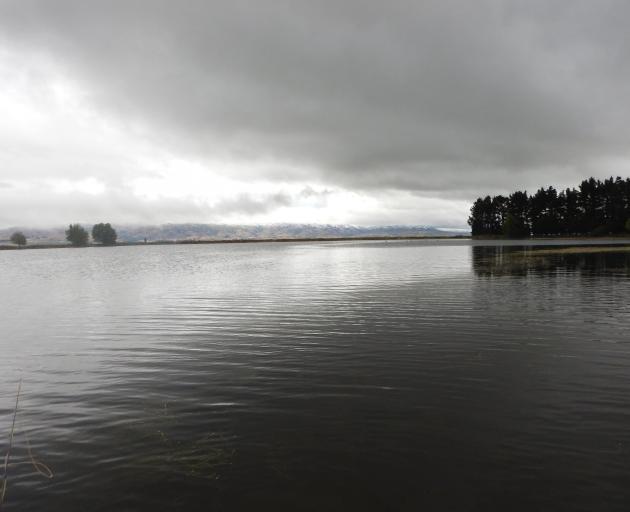 I picked up a good tip from a British fly-fishing magazine recently: put plastic bags over your socks to make it easier to put on stocking foot waders and, even more important, getting them off again.

The slippery plastic slides over the wader material more easily than socks.

I have done extensive research on the subject starting with an inspection of our collection of recycled bags. As they are something of a rarity these days, I could only find a bread bag and a carrot bag.

In the interest of science, rather than fashion, I tried them rather than waiting for a matching pair. There was little to choose between them, but the bread bag was probably the better, which is lucky as most people eat more bread than carrots. Do try it. 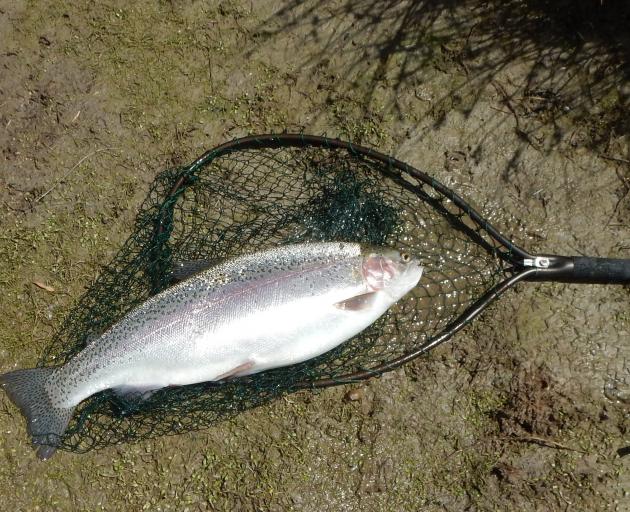 A man for all weather

As mentioned above, I fished in the snow last Friday on Rutherfords Dam. As I drove in, Jeff, who farms there, said that I was keen, which I thought was very kind of him considering the alternative phrases he could have used.

After an hour and a-half, my hands were so cold I could no longer gather the fly line, so I went for a drive to warm up, ending up at Blakelys Dam just as the wind dropped.

The first spot that I tried produced a strong take but no hook up. Moving to another spot I was into a good fish after a few casts, over 3kg as it turned out. Having caught many fish there over the years, I continued at that spot and soon had another of 1.5kg. As I walked back to the car for lunch, I stopped at the spot where I had missed the earlier fish and almost immediately hooked it (it may have been a different fish, but that doesn’t make as good a story!).

This one was a 2.5kg rainbow, a successful conclusion to a morning that did not have an auspicious start.