Members may not be prepared for disaster 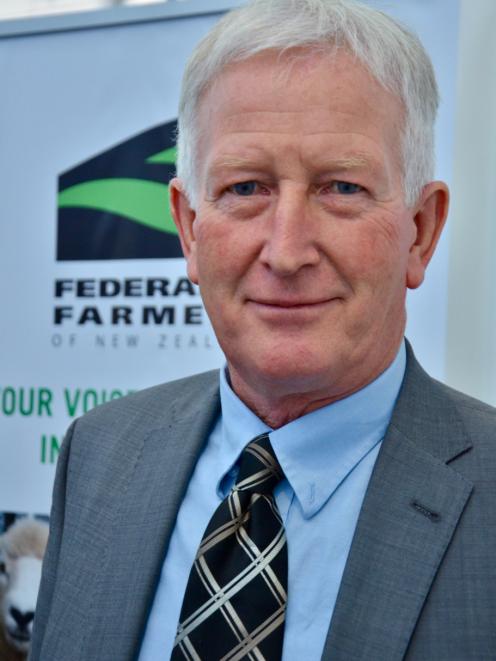 Federated Farmers Southland president Geoffrey Young. Photo: Supplied
When the earth moves, are farmers going to be prepared? The Ministry of Civil Defence and Emergency Management sent an emergency mobile alert last Sunday as part of its preparedness plans.

While phones rang all over the country that evening, did it encourage farmers to think about their readiness for earthquakes and other adverse events? SRL reporter Yvonne O’Hara investigates.

Federated Farmers provincial presidents, Otago's Simon Davies and Southland's Geoffrey Young, are concerned that many of the region's farmers are not prepared for significant adverse events, such as earthquakes, snow, and flooding.

Mr Young, a sheep and beef farmer of Cattle Flat, said an earthquake in the region could be catastrophic.

While some farmers - especially dairy farmers - would have emergency generators as back up, for others it would be quite a problem.

''Getting rid of the milk would be the least of their worries,'' he said.

''The big concern would be getting the cows milked.

''It would be good advice to have a back up source of electricity.''

''If there was a catastrophe, whether earthquake, snow or flood, it is people's welfare first and foremost, and animals second.

''Once the family is safe, farmers will do their very best to look after their animals.''

They would take practical and common-sense steps.

He said all stock, especially dairy cattle, would need access to water.

''Farmers would look at opening fences up to waterways [if necessary].

''There is always some sort of feed about, no matter what time of year.

''In an open pasture systems, animals have got their mouths with them, so will get a feed somewhere.''

''Most farming families could go quite number of days without restocking.

''I don't imagine many farmers will get close to starving,'' he said.