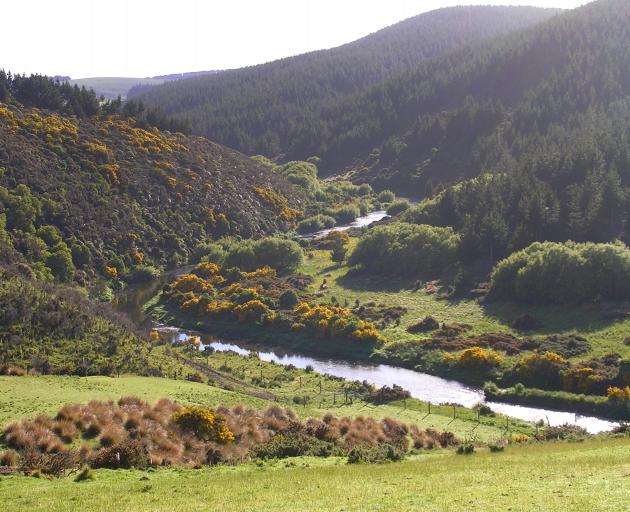 Anglers by nature are optimists but a good sprinkling of pessimism goes some way to blunting disappointment when a bad day comes along.

So here goes; unless something disastrous happens meteorologically speaking, now is the time to go fishing. All small streams are looking good and most of the larger waters.

The Clutha is dropping quickly and fishable but needs to drop a bit more to make more water accessible. The Mataura is now at a good fishing height and it, along with the Pomahaka, would be my two picks to fish.

Stillwaters too are worth fishing.

As the weather has warmed there have been good midge hatches. There have been lots of midge shucks on the water when I have been fishing the Maniototo dams.

As I returned a fish on Rutherford Dam on Wednesday morning it disgorged a large number of pupae indicating that there had been a good hatch through the night.

On Saturday I fished the 137th Waipahi Gold Medal fly fishing competition along with 29 other competitors. The river was in perfect order, fairly clear and with a flow just under 2 cumecs.

It was also warm enough to make wading wet comfortable. The weather too was good, fine and mild. However, the forecast was for a rapid deterioration in the afternoon with a drop in temperature and heavy rain.

Luckily this did not occur until 5.30pm as everyone stopped fishing to head for the weigh in.

The weigh in was held at the Oak Tree in Clinton. The riotous assembly (which would have impressed the satirist author Tom Sharpe had he been in attendance) was in full swing in the lead up to the final reckoning at 6.30pm and ably led by Steve McGuire.

The serious business began with each angler being called to weigh in their fish, if any, starting with beat number one at the head of the river through to beat 29 at the bottom.

When Greg Elliot of beat five was called and he weighed in the limit bag of three fish for 4.25kg, most of the experienced competitors would have picked him to win with three-quarters of the field yet to weigh in. As it turned out, they were right.

The heaviest fish was caught by Daniel Natta on section 10 and weighed 1.52kg. These weights are for fish that are gutted and gilled.

There were 23 fish weighed in averaging 1.19kg.

Tony Calder, who won the gold medal for the past four years in a row, received a standing ovation for his sportsmanship in not weighing in a fish this year.

The numbers may appear to be low but the size limit is 40cm and most competitors realise to win keeping fish of under 1kg will not help the cause.