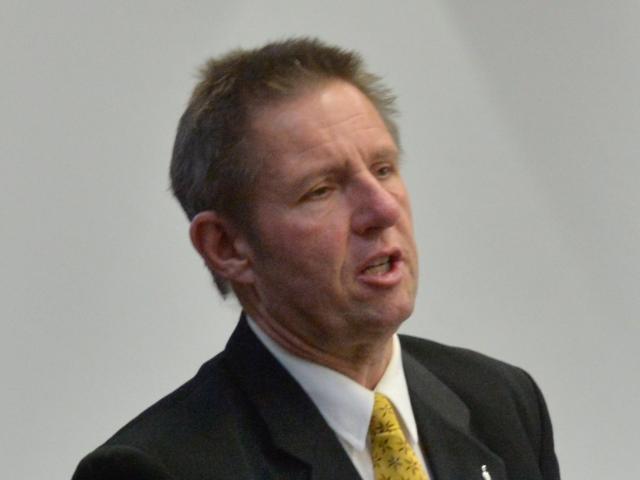 Jon Hickford
There is a global shift to managing sheep at an individual level rather than a flock level, Lincoln University's Professor in Animal Breeding and Genetics Jon Hickford says.

Prof Hickford said EID tags and scanner technology allowed the recording of an individual animal's performance and production values throughout its life.

The technology would be a useful tool to improve overall production for commercial flocks, he said.

''Rather than having a flock of nameless individuals, every sheep has their own identity.''

Historically, only studs or dairy and beef production farms could do that, but the technology now allowed individual sheep management to be more feasible, he said.

One of the main drivers of the move was the permanent EID tags, which could be put in each sheep's ear.

''Each tag, worth about $2, remains in the ear for the life of the animal.

''It can be put in during the lambing beat or at tailing and we can have the sheep's lifetime record.''

Farmers could scan the animal's tag every time it was handled, and a record of weight, parentage, health issues, scouring, number of lambs each season and quality of wool were recorded.

''Farmers might not see that lamb until weaning and can record its weaning weight, its 200-day weight and follow it through its lifetime.''

When it came to making management decisions the farmer could decide whether to keep a sheep or put it on the truck based on its performance during its lifetime, Prof Hickford said.

By using that information and culling the poor performers the farmer could raise the overall flock performance.

The Taylor family's Doughboy Romney Stud and commercial sheep property at The Doone, near Kaikoura, had taken part in the study to record the performance of individual sheep since 2006, Prof Hickford said.

The average yield of lean meat had risen from below 50% to 56% and the average lamb was now 18kg, he said.

Stud co-owner Hugh Taylor said the trial had been stopped after the stud moved to a hill country property, but the stud still used the technology for both commercial and stud flocks.

The data went to SIL (Sheep Improvement Ltd) and the stud received reports back on each of the animals, Mr Taylor said.

She said there were two farmers in Winton and Wyndham involved in trials with B+L Genetics.

''In the North Island larger stations are using EID to screen A and B ewe mobs and buy in a few top sires to generate rams to use with their larger flocks, which is more important for tricky traits such as WormFEC and facial eczema.

BLNZ extension manager Olivia Ross said it appeared the use of the technology on commercial sheep flocks was a trend that ''doesn't seem to be moving at present''.