By Shawn McAvinue
0 Comments
Central Southland dairy farmers Peter and Emma Hammond are "thinking outside the box" for their winter grazing systems.

The couple own and run about 500 cows on about 280ha — 164ha productive and 115ha run-off — at Merryfield Farm in East Limehills, north of Winton.

The couple were the final speakers at a wintering field day, hosted by DairyNZ and Beef + Lamb New Zealand, at Telford Conference Centre near Balclutha this month.

They had been dairy farming for about 12 years and had tried a range of crops to improve their winter grazing system.

Mr Hammond said during a casual conversation on the farm in 2019, his fencer told him how in Canada they "farm in a strip".

Although the fencer provided no further details on the system, the comment sparked a eureka moment.

"A penny dropped and I thought that could work in our system." 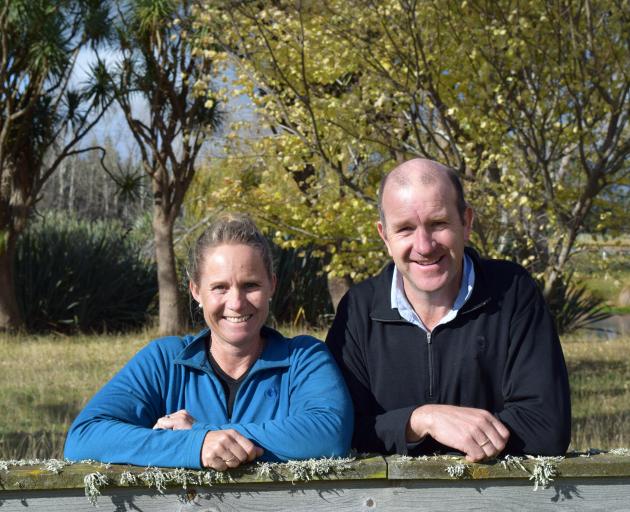 Central Southland dairy farmers Peter and Emma Hammond are using a new strip system in a bid to lift winter grazing performance and reduce the impact on the environment and animal welfare.PHOTO: SHAWN MCAVINUE

On a grazing block they own about 5km south of the farm, they launched a strip grazing system trial in a 6ha paddock last year.

For the trial, he had 3.5ha cultivated and planted with fodder beet and 2.5ha down a side of the paddock was left in grass.

"As farmers we have this mentality that 100% of the paddocks need to be cropped — not necessarily — I think we need to be a bit smarter than that and think outside the box and be clever."

Under the new system, when it rained the cows were contained in the grass section by temporary fencing.

Last winter, he contained the cows to the grass area twice due to adverse weather, he said.

"It was a pretty good winter."

Under the old system, cows remained in the crop and pugging was an issue when it was wet.

This season, the trial had extended across all of the block, consisting of 15ha of fodder beet, 15ha of Raphno and about 3ha of grass, across four paddocks. 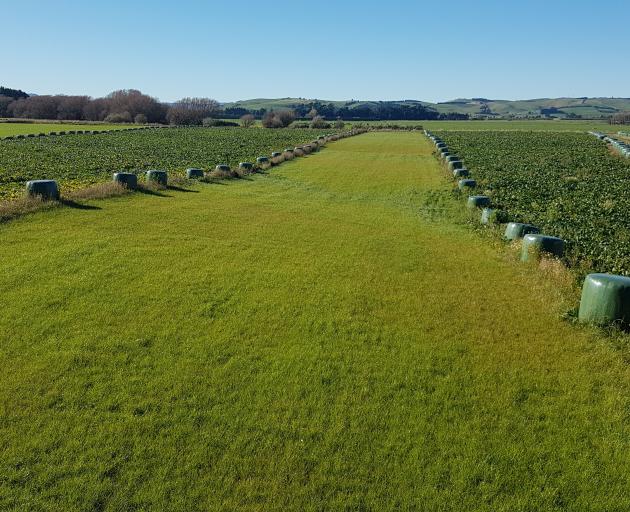 The strip winter grazing system of dairy farmers Peter and Emma Hammond in Central Southland this season. PHOTO: SUPPLIED
Each paddock had a crop on its sides and a strip of grass running down the middle, he said.

Mr Hammond said he was not an expert on wintering systems and was always seeking to improve.

"We can always be better, be brave and have those hard conversations."

The benefits of the new system include: