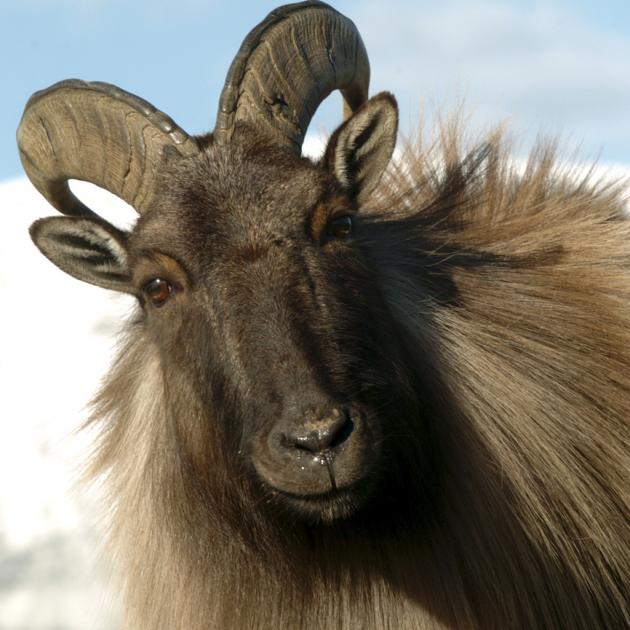 Mountain tahr have become a major threat to ecosystems in alpine areas, the Department of Conservation says. PHOTO: STEPHEN JAQUIERY
There are fears the Government will move on to deer once it has succeeded in eradicating Himalayan tahr from two South Island national parks.

The Tahr Foundation, representing a range of hunting interests, objects to the Department of Conservation’s plan to shoot all the tahr in the Aoraki/Mount Cook and Westland Tai Poutini National Parks.

And foundation chairman Snow Hewetson, of Marlborough, said yesterday the foundation believed Doc’s plan would not end with tahr.

"We see this as the start of a knock-on.

"If they push this through and eliminate tahr out of the national parks, where does that leave wapiti in Fiordland, which are entirely in a national park?

"That’s why hunters have put a stake in the ground here."

Doc did not respond yesterday to Mr Hewetson’s suggestion.

The foundation has filed judicial review proceedings against the Minister of Conservation and director-general of conservation over the tahr cull.

It is scheduled to be heard in the High Court at Wellington on Wednesday next week.

Mr Hewetson’s immediate concern was helicopter shooters beginning the cull before the hearing.

However, Doc operations director Ben Reddiex told the Otago Daily Times yesterday the operational plan had been finalised and approved but the implementation was "subject to operational planning, weather conditions and upcoming legal proceedings".

Dr Reddiex said the plan focused control on stopping the spread of tahr outside its "feral range", protecting and preserving the national parks by taking tahr to " the lowest practicable densities" and controlling high densities of female and juvenile tahr across the feral range.

“Only two days was provided for consultation.

"The final plan being released minutes before it comes into effect and with almost no change from the original version indicates a predetermined outcome.

Mr Hammond said Doc’s plan would have "huge impacts" on recreational and commercial hunting "just when we need all the jobs we can muster".

“It is a sad day, not just for hunting in New Zealand but also for the principle of proper consultation by government agencies."

"The final plan being released minutes before it comes into effect and with almost no change from the original version indicates a predetermined outcome", that's how doc works, they just bully ahead with their plans consultation or no. Still think this govt is for the people?.