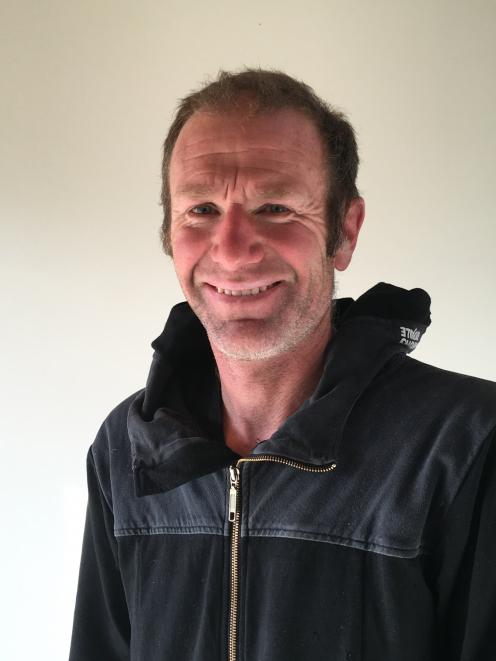 Among challenges were fears of a shearer shortage for the upcoming summer season.

The shearers, who work on a global scale alternating hemispheres in the off-season, were specialist migrant workers able to shear 250 to 300 sheep a day.

They may not be able to get into New Zealand for the upcoming summer season due to Covid-19 and restrictions on migrant visas.

Other issues include the low cost of wool products, drought conditions (in pockets throughout the country) and growing regulation.

The station which runs from the Ashburton River, at an altitude of 400m, to the boundary of the Hakatere Conservation Park at the base of Mt Somers, an altitude of 700m.

It is the Acland’s family property once run by David’s parents, Mark and Jo.

David and Kate have three children; sons Leo and Otto, and daughter Harrie, aged 9, 8 and 7, respectively.

The couple have 12 full-time staff and run more than 13,000 breeding sheep.

Annually the station has about 15,000 lambs born, which were weaned and grown out on predominantly grass pasture for market. The bulk of the lamb is sent to export.

The sheep flock is Romney breed that copes well with high rainfall in the area and still has fast-growing offspring.

They are shorn twice a year and the wool is used for carpet and heavier textiles.

Meat and wool was not the only element of their operation, they also had deer, dairy cows and beef cattle.

As well as 400 beehives producing manuka, honeydew and clover honey from the lower terraces. The honey was used to make Somertons Sparkling Honeymead, made by Sugar Loaf Wines, in Marlborough, which was founded by Kate.

David (44) has been on the industry group executive for the past few years and is vice-chairman.

He is also chairman of Federated Farmers Mid Canterbury meat and wool section.

The national executive generally meet once or twice a year in Wellington and David says it’s a good way to see the “Wellington bubble at work” and be able to influence it.

The scale of the family business allows him time to get involved in other areas off-farm as he is not involved on a day-to-day basis.

There were challenges around the low price of wool, which had room to move, and the cost of premier products such as lamb, venison or grass-fed beef, which were priced accordingly.

“Crossbred wool is at its lowest ebb so there is opportunity in it,” he said.

There was also a global drive by consumers who wanted sustainable, recyclable and carbon-neutral products, which would also suit wool products.

A surge in wool product use in New Zealand is currently being pushed by a nationwide petition started by Clinton farmer Amy Blaikie who is calling for government to use New Zealand wool carpet and wool insulation in all publicly funded buildings and KiwiBuild homes or refurbishments.

The petition, which runs until July 31, has nearly 7000 signatures.

“It’s cool,” David said of the petition, which was in the same vein as a Federated Farmers executive letter to parliament during lockdown.

There was no substitute for wool, David said, but farmers need to make a quality product so it was manufactured, whether for carpet or insulation.

Those products might not be the magic bullet needed, but would give farmers in New Zealand some certainty, he said.

However, there might be other issues, such as manufacturing capacity in New Zealand, he said.

“Farmers are conscious of making sure their sheep are in good nick and healthy. Most New Zealand farmers do try to sustain it. You don’t produce good product without animals that are happy and healthy.”

The drought affecting the North Island’s Hawke’s Bay and in Nelson and North Canterbury would have an impact on the rural economy as next year’s lamb production should be set up this year.

A tough drought during mating season meant ewes were not in-lamb, he said, and farmers faced land and water issues, plus costs from environment plans and auditing.

David studied AgriScience at Lincoln University over four years, travelled overseas and returned to the family farm in 2002.