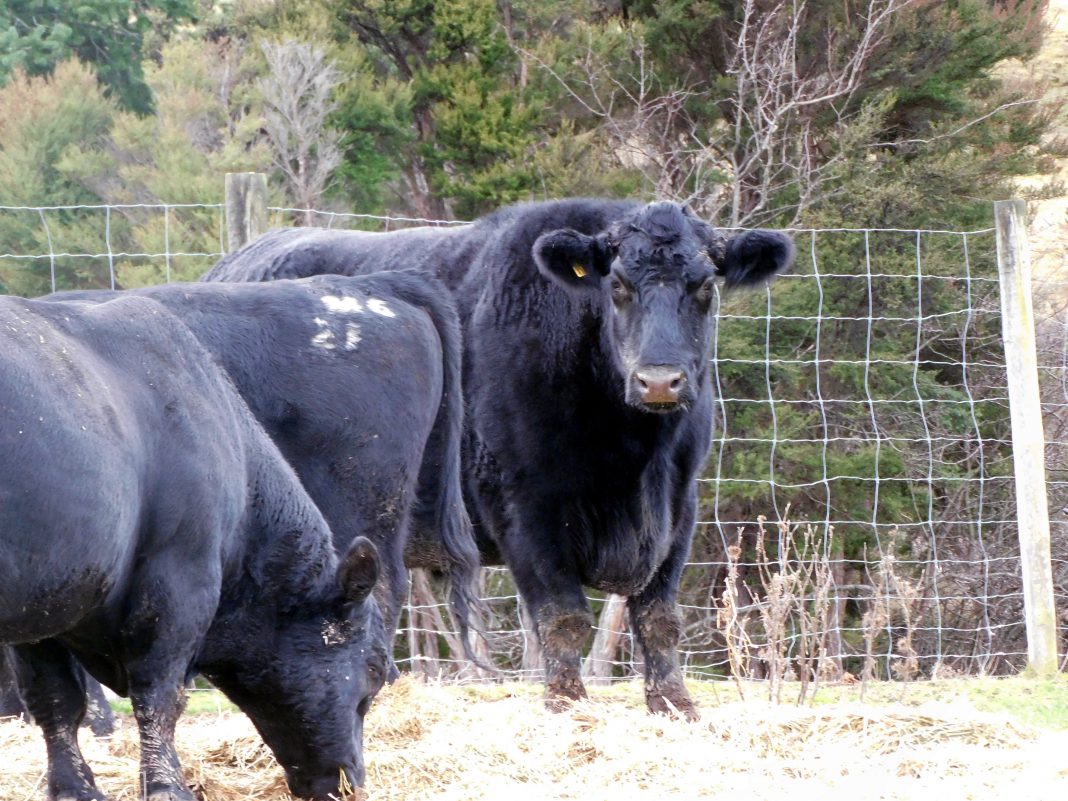 Boris still has the tag in his ear put there when he was weaned. Photo: NCN
A “crazy big” Angus steer who has wandered the mountainous Hurunui back country for nearly 13 years has returned home.

He turned up this week with a couple of Angus cows, and happily headed back to an easier life on the homestead paddocks of the 7000-hectare Island Hills Station, north-west of Culverden.

Station owner Dan Shand and his wife, Mandy, reckon the steer is at least 13 years old, and has been nicknamed Boris.

Boris still has the tag in his ear put there when he was weaned, but Dan says he will need his binoculars to read it, at least until the new arrival settles in with the bulls.

He towers over the station’s bulls and nearly reaches to the top of a deer fence.

Dan said Boris was turned out into an area up a valley of thousands of hectares by a former worker who put them where freshly weaned calves normally wouldn’t be put.

‘‘We knew there were some cattle up there, somewhere, that never came in. We just saw signs of them, but never saw them.

‘‘He hung out with other cattle and when we were mustering up there he would be out of there.

‘‘The other day we were coming back down the track from a fence and there were two cows in the block and he was with them. He walked along happily with them,’’ he says

Dan is unsure if Boris got separated from his mates, or they had died.

‘‘They were probably pretty old,’’ he says.

While the new arrival is now behind deer fencing and a little cautious, Dan can get within about five metres of him when feeding out.

He is unsure what to do with him now because he couldn’t go to the works on his own and it would be a challenge to load him on to a truck anyway because of his size.

‘‘We will just make him more comfortable and happy.’’