Ag conference looks to the future 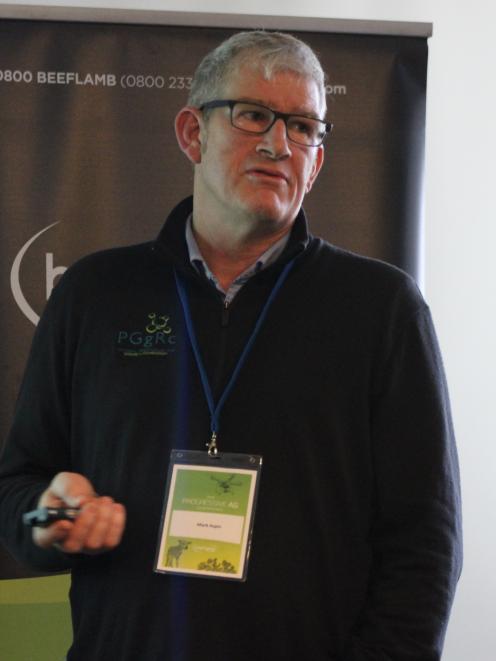 Pastoral Greenhouse gas Research Consortium general manager Mark Aspin goes over the work which has been on going in the methane space, at the Progressive Ag conference in Gore last week. Photos: Nicole Sharp
Future-proofing and looking forward in the primary sector are priorities.

At the Progressive Ag conference in Gore last week, more than 15 speakers from all aspects of the industry presented on areas that are hot topics in the farming sector, from life after farming and taking back the reins with catchment groups through to dairy beef integration and mitigating greenhouse gases.

More than 200 people attended the conference at the Heartland Hotel Croydon.

Looking to the future there is an increase expected in both population and growth in Asia and Africa, and more people would need to be fed, she said.

‘‘For New Zealand, the growth in population in Asia and Africa provides some opportunity.’’

The dairy industry had 2million surplus calves, which also provided an opportunity in the beef space.

Combining the two, Massey University had been running a trial on dairy beef calves being culled at different ages. 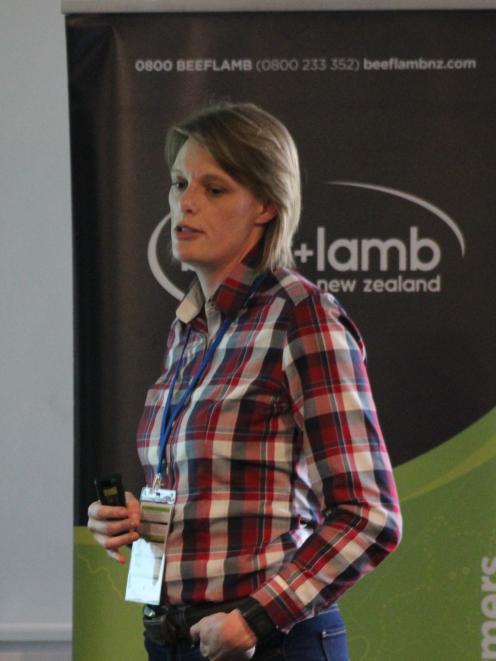 Massey University senior lecturer Dr Nicola Schreurs talks about the dairy beef system, at the conference.
Rather than fattening to the normal 2- or 3-year-old age, the trial was made around culling at 9, 11, 13 and 18 months old, Dr Schreurs said.

This new product is being labelled ‘‘new generation beef’’.

‘‘From a different origin it would be a new class of beef,’’ she said.

There were many positives of the new product, which included a positive perception around animal welfare, potential for reduced environment footprint, a tender meat product and options for co-products like offal and skin leather, she said.

The Massey University pilot study took 80 Kiwi cross Hereford calves, which were being culled at 8, 10, 12 and 18 months old.

So far calves had been culled at 8 months and 10 months, with measurements being taken with rump, eye muscle area, rib fat and more.

Results so far had found the animals were very lean and very tender, Dr Schreurs said.

There were some further issues which needed addressing as well, she said.

‘‘We used dairy beef cross animals, but what about the straight dairy animals coming through?’’

The trial is ongoing.

Reducing methane was one of the biggest projects, and there were four different ways being explored on how to reduce it.

Genetic selection, low greenhouse gas feeds and plants, a vaccine and inhibitors were all being tested, Mr Aspin said.

At present, inhibitors were presenting as the most viable option, he said.