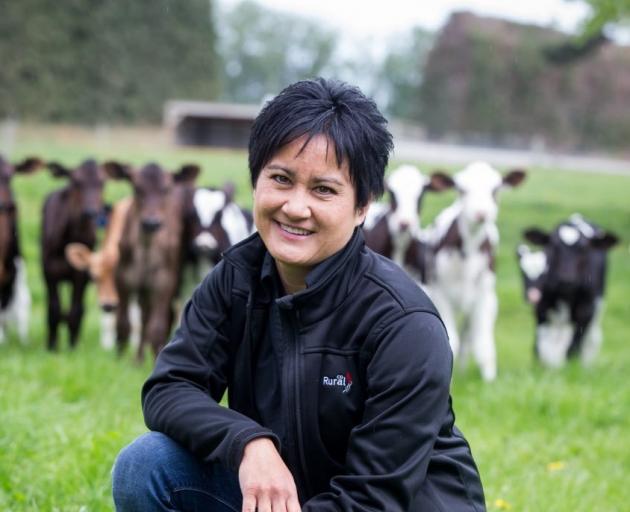 Jessie Chan, Member of the New Zealand Order of Merit
A Canterbury dairying leader with Hong Kong heritage believes agriculture is one of the most accepting industries in the country.

Rakaia’s Jessie Chan made the New Year Honours list as a Member of the New Zealand Order of Merit for services to dairy and agriculture.

Ms Chan said the nature of farming meant that farmers were used to innovation and adapted well to change.

The RuralCo chairwoman leads a board of 50% women.

"It shows how future-thinking farmers really are. We are all people in the farming business and I find it one of the most forward thinking businesses around in embracing change."

Ms Chan said she was surprised to be singled out.

"I’m not sure why they are giving me this award because there are so many people who put in decades and decades of work and go unrecognised. I just wish more people could be recognised because there’s a lot of people in the rural community doing great things and making things happen on behalf of farmers."

Ms Chan is no stranger to awards, or governance roles inside the dairy and agricultural community.

She was the first president of the Wellington Young Farmers’ Club in 2008 and progressed to join the Federated Farmers Dairy national executive team, becoming its dairy chairwoman for the Mid Canterbury branch.

The former councillor on the Fonterra Shareholders Council was an associate director of Dairy New Zealand and on the Land Use Futures board.

She’s a member of New Zealand Asian Leaders and the Super Diverse Women group, and in 2017 was awarded Fonterra’s Dairy Woman of the Year.

She became chairwoman of the RuralCo Board, last year and is a director of Ngai Tahu Farming, Alpine Energy and Bioprotection Aotearoa.

Ms Chan grew up as one of four children in Palmerston North to a sawmilling father and a mother born in Hong Kong.

She dedicated the honour to the memory of her father, Victor Sorenson, who died last year.

"That’s the bittersweet thing with this award because he was always there for me and laid the foundations for everything I have learnt so far.

"He always said to me, ‘If you don’t know more than me by the time you leave home then I haven’t done my job properly’."