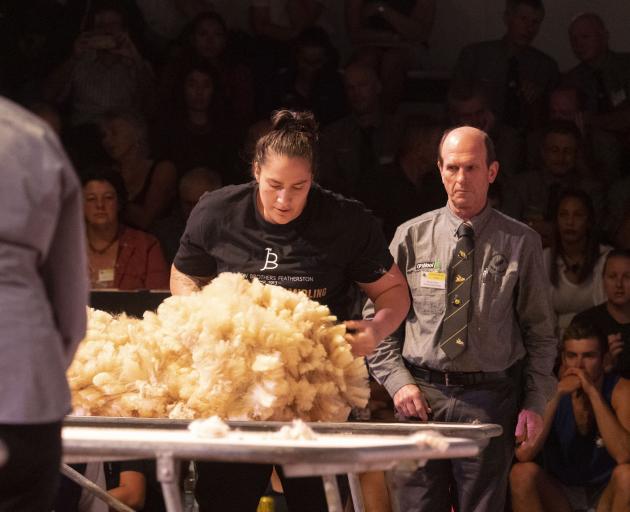 Karauria (30) will represent New Zealand at the world championships in Le Dorat in July, after gaining selection at the Golden Shears in Masterton on Saturday night.

Her success was even more remarkable given she suffered life-threatening injuries in a vehicle crash in Central Otago 10 and a-half years ago and has battled with the lasting effects since.

Karauria is both a shearer and woolhandler, and competed in both disciplines in the All Nations competition at the World Shearing and Woolhandling Championships in Invercargill in 2017.

She was one of the stars of the successful documentary She Shears, released last year, which revolved around the Golden Shears and featured five women shearers.

Last year, she achieved master woolhandler status and won the open woolhandling title at the New Zealand merino shearing and woolhandling championships for the third time in four years.

Her aim this year was to win a spot in the Shearing Sports New Zealand team for the world championships.

She is joined in the team by Sheree Alabaster, of Taihape.

Smith also won a place in the world championship team, while the second machine position will be decided at the New Zealand championships in Te Kuiti later this month.

Joel Henare, who won the open woolhandling final, has bowed out of top competition to devote more time to his family.