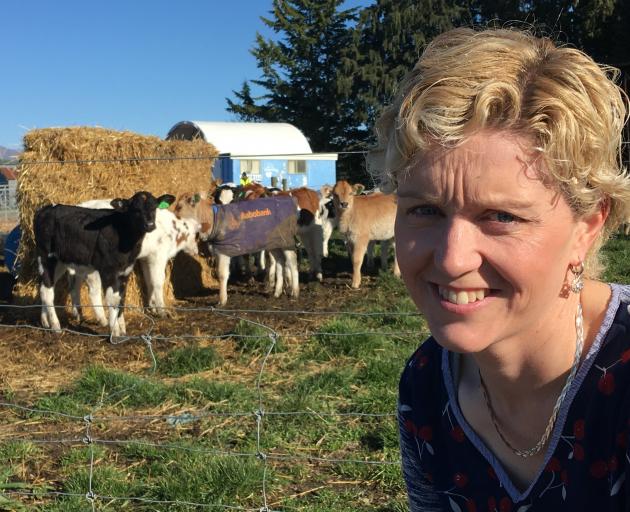 The RST uses local rural people to help others in all kinds of situations overcome their current challenges.

Ms Beeston has been settling into the role, which has been revamped since the resignation of former RST Mid Canterbury manager Judy Skevington.

They will work on a roster system, which will ensure the position is sustainable and available for the district’s rural community into the future.

Everyone had problems in their lives, so having a whole team on board to man the phones as needed was vital to the service’s success and the health of those manning it, Ms Beeston said.

The team had already been trained as Ministry for Primary Industries (MPI) facilitators for their M. bovis role, Ms Beeston said.

Next year MPI was looking at M. bovis in the district being more managed, rather than in need of response.

While there had been a few hits in bulk milk testing, most of the testing was picking up cases in the North Island.

"It’s quietened down heaps, which is really good,” she said.

Ms Beeston grew up with dairy farming; her parents are Annette and Bryan Beeston.

Even they admit farming today had changed since they were involved, with more compliance needed, more recording and more paperwork, Ms Beeston said.

It supplies Fonterra Milk Company, milking 750 cows, a mix of Blumoon Holsteins and Brown Swiss through a 60-bale rotary.

And it runs a split calving, which happens twice a year.

"I have an awesome farm manager [Erin McLaren],” Ms Beeston said, who along with a team of five work the farm.

The farm team gave Ms Beeston confidence to carry out off-farm duties in her roles for RST and MPI, as well as caring for son Declan, now 1 year old.

The newly-formed RST team would take over the role already fully trained and able to "carry on the good work done by Judy during the past three years”, she said.

They are also looking to expand the service by setting up a similar network used by the Southland Wellness Action Team, or SWAT.

It works by using rural professionals from organisations, businesses or individuals to identify issues and areas of need through quarterly meetings.

It would give RST extra eyes and ears on the ground, and reaching out through other groups would provide a bigger pool of people, not just to attend events, but also to spread the word of activities planned, she said.

Those events would be planned in different districts within Mid Canterbury to connect with more people in their own rural communities.

RST Mid Canterbury has booked international motivational speaker Tony Christiansen, who lost his legs aged 9 in a train accident, to speak at the Hinds Hall on November 16.

There are also plans for a GoodYarn training workshop before the end of the year and a comedy evening in rural areas.