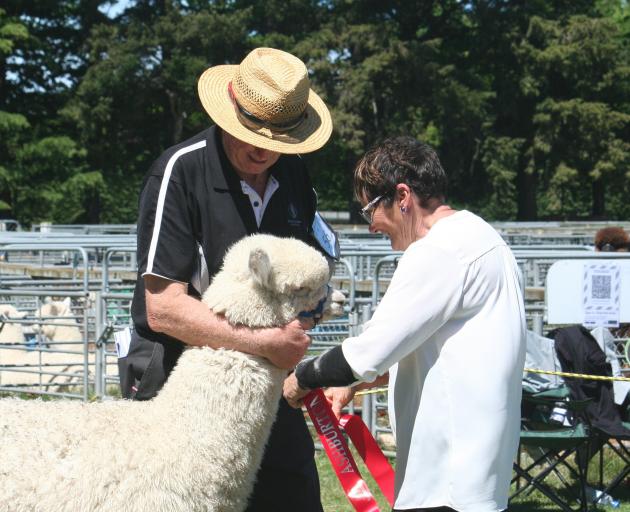 Silverstream Templar is given the first place ribbon by judge Diane Marks in the junior male white section of the alpaca show.
Kit Johnson has been breeding alpacas for the past 20 years.

The win was a pleasant surprise, Mr Johnson said, after only taking a fourth place at the national show in Christchurch last month.

However, his alpaca had the size, frame and stature as well as a wool coat which was uniform in microns to carry the win. 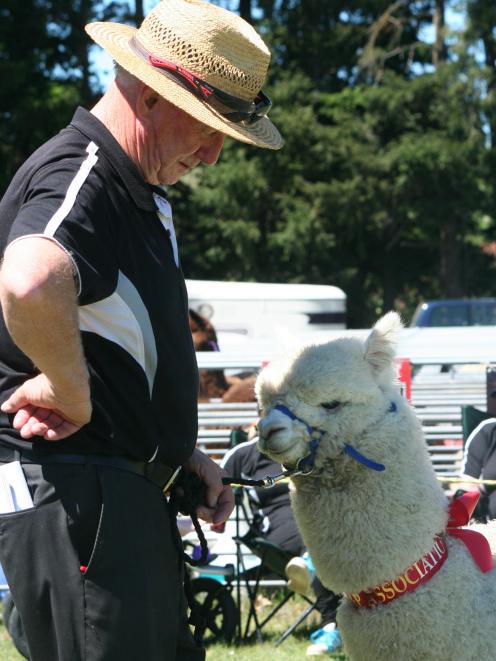 Silversteam Templar’s sire was Kurrawa Legends Thrillseeker, who was bought by four investors into New Zealand from Australia.

As well as offering alpaca for sale and in-house and mobile matings, they also have a farmstay business which has two self-contained cottages and a boutique shop selling alpaca yarn and garments.

Mr Johnson spent more than 30 years in the tourism industry and has been able to combine his experience marketing the stud farm/farmstay to overseas tourists.

International tourism may be on the back burner at the moment because of Covid-19 but there were other local markets being explored, he said.

The Johnsons got their first alpaca when their children, Elliot, Lloyd and Charlotte, now adults, initially wanted a dog.

They did not get one at the time but the alpaca stud grew into a family affair. 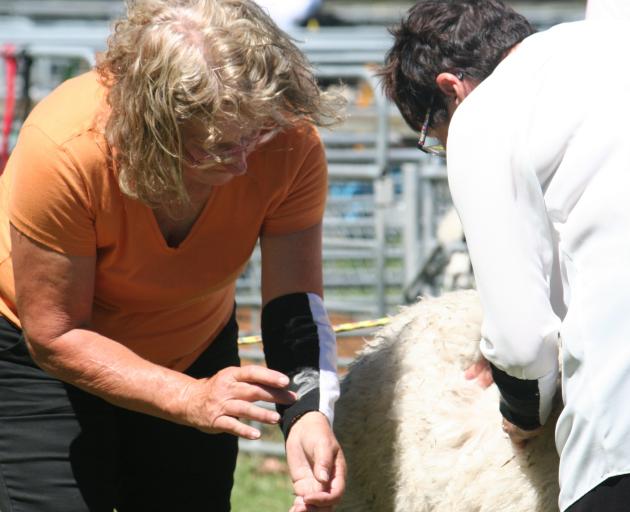 Elliot and Lloyd have spent time working on farm or judging alpaca shows respectively, and Charlotte and Sheryl, opened Paris for the Weekend cafe, in nearby Kaiapoi.

The stud farm has 220 alpaca, on 20ha, which were primarily white fleeced, but there was a bit of colour. White fleece was more commercially sought at it could be dyed a broad range of colours, he said.

Alpaca fibre is softer than wool and has minimal lanolin. It is a versatile fibre which can be carded, spun, woven, knitted or felted for use in products from baby clothing to high-end evening wear to duvets.

Alpacas have three stomachs, range from 65kg to 75kg fully grown and have soft-padded hooves making them less harsh on the land than other livestock, Mr Johnson said.

It was the goal of the Johnson’s to consistently produce fleece with a shear-weight of not less than 5kg and a micron count below 21 at three years of age.

Mr Johnson is the secretary of Alpaca Association New Zealand, which has more than 850 members and 26,000 registered alpaca.