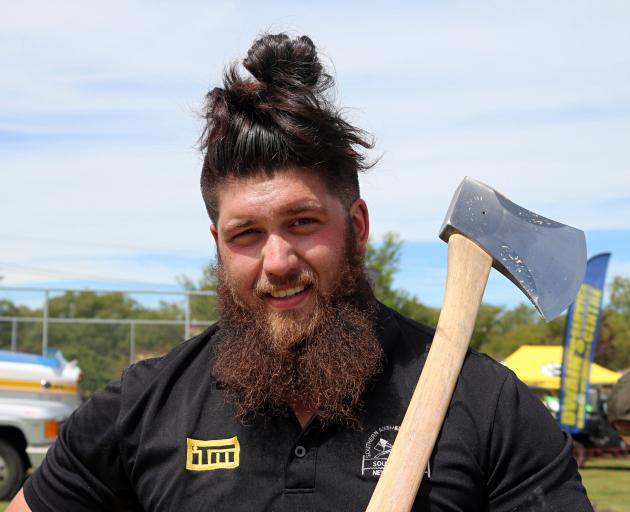 Twenty-three-year-old Brad Pako with his trusty axe at the Central Otago A&P Show on Saturday. PHOTO: SUPPLIED/ HARLEY PHOTOGRAPHY
If anyone asks Cromwell’s Brad Pako to split wood for them the answer is a firm ‘‘no’’.

For the 23-year-old personal trainer axe­swinging is purely for competition.

Pako fell short of breaking a long-standing New Zealand underhand woodchopping record of 14.3sec at the Central Otago A&P Show in Omakau at the weekend.

While disappointed, Pako said it was the luck of the draw and a knot in the log proved his undoing.

Had it not been for the knot, he said judges had estimated his time would have been 13.9sec which would have easily toppled the 1975 record.

He had unofficially broken about seven records so far this woodchopping season, which typically runs from September to the end of March with some events beyond that such as Fieldays NZ at Mystery Creek near Hamilton in June.

Pako said he believed he was in some of the best form of his nine-year woodchopping career. 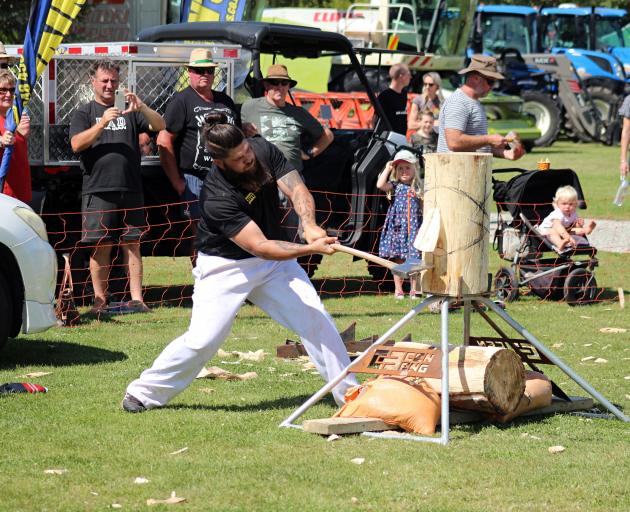 Proof of this was when he became New Zealand 375mm standing block champion and placed second in the world 375mm underhand championship at the New Zealand Agricultural Show in Christchurch in November.

Of the latter he is characteristically modest.

‘‘Second’s better than third, I suppose.’’

When pressed about his successes he said he had a ‘‘fair few’’ titles behind him.

His start in the sport came at a young age.

What followed was back-to­back South Island under 21 championship titles for the remainder of his teens.

He credits sponsorship as allowing him to remain on the competition circuit.

‘‘You ask any axeman can you make a living out of the sport and they’ll say no.

It is the support of his coach Denis McLaughlin, who first swung an axe competitively in 1956, and his mentor, 14-time world champion Adam Lowe, that keep him motivated.

His passion for the sport meant he was in it for the long haul.

‘‘No, I have got a gas heater. Before I started chopping I’d never cut a bit of wood in my life.’’

And if anyone asks?