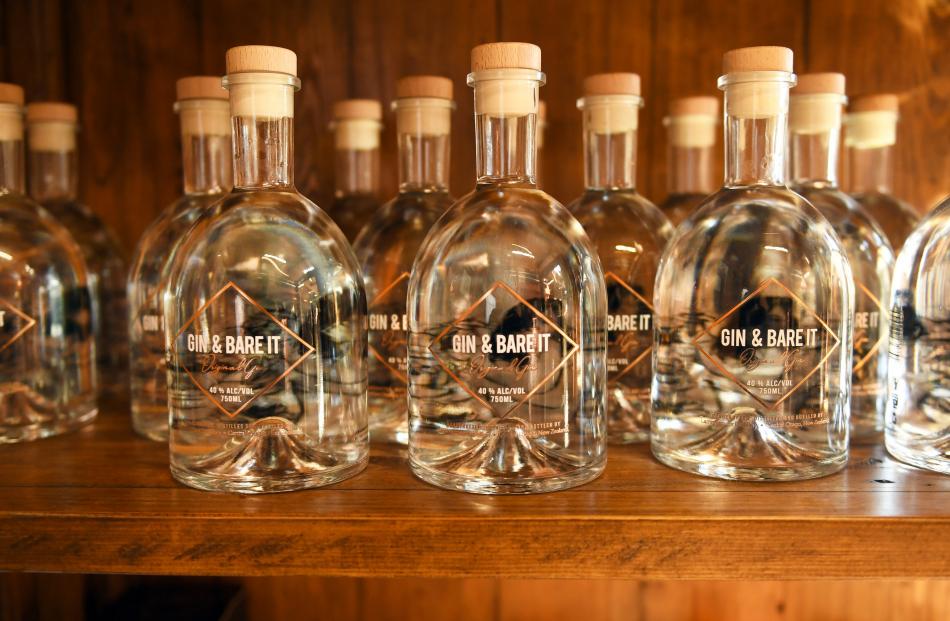 Bottles of Gin and Bare It produced at Lammermoor distillery. Photos: Stephen Jaquirey 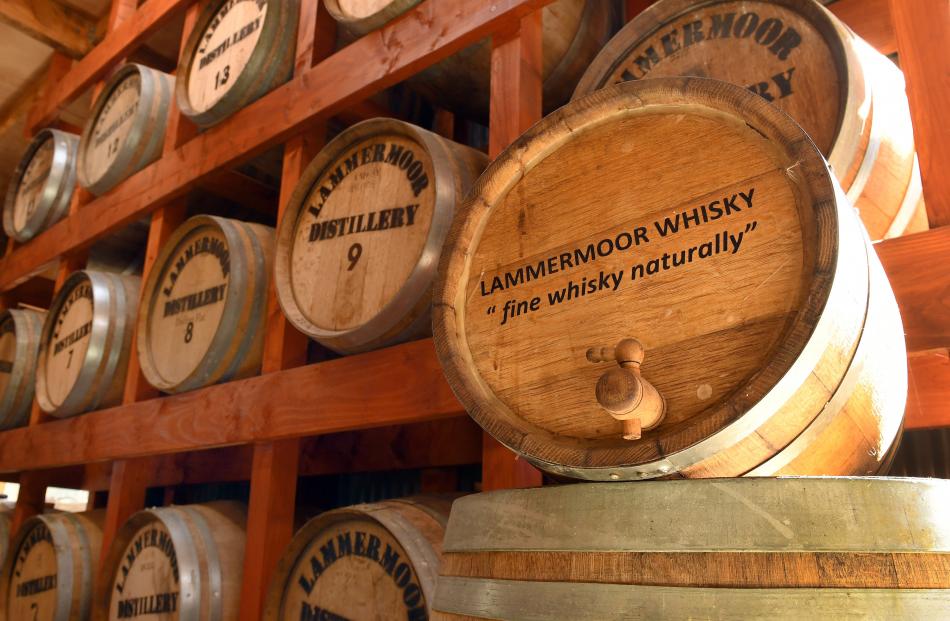 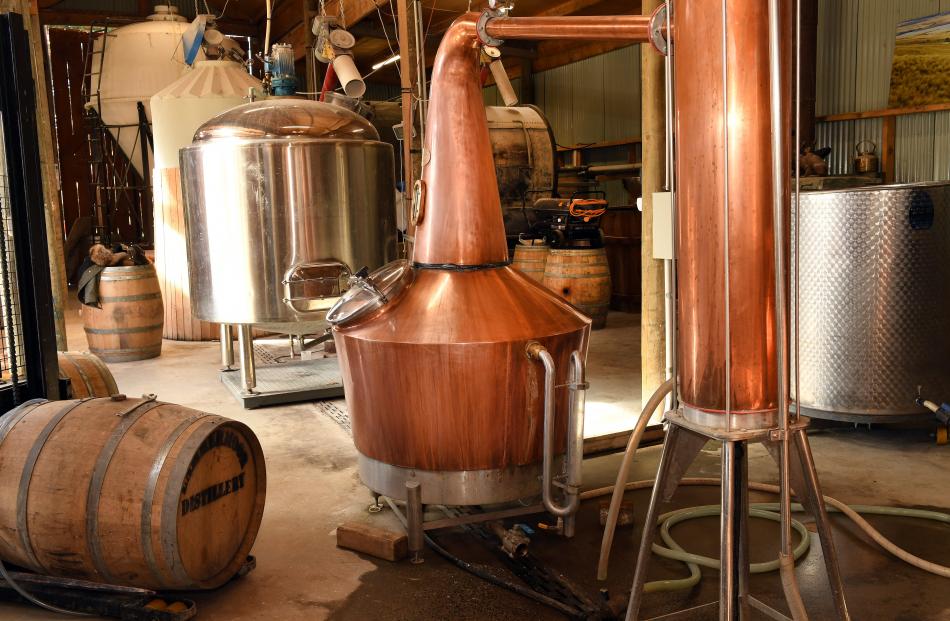 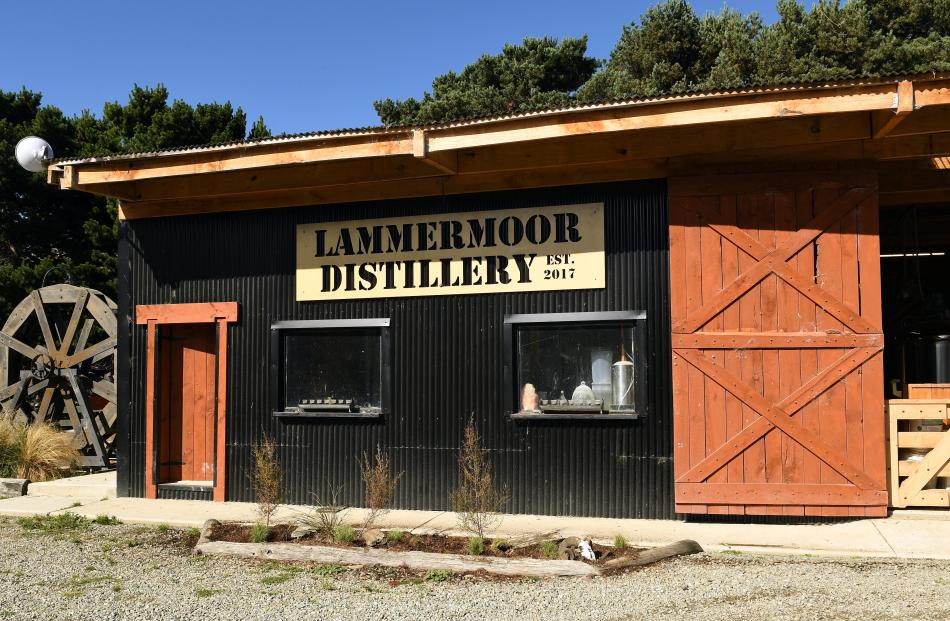 The Lammermoor Distillery in the Maniototo.

Young Wade Watson might not know it yet but he is going to have a heck of a 21st birthday party.

The nearly two-month-old infant already has an oak barrel of whisky bearing his name, maturing nicely at Lammermoor Distillery in the Paerau Valley.

The distillery has been established by Wade's grandparents, John and Susie Elliot, who farm the 5200ha Lammermoor Station. 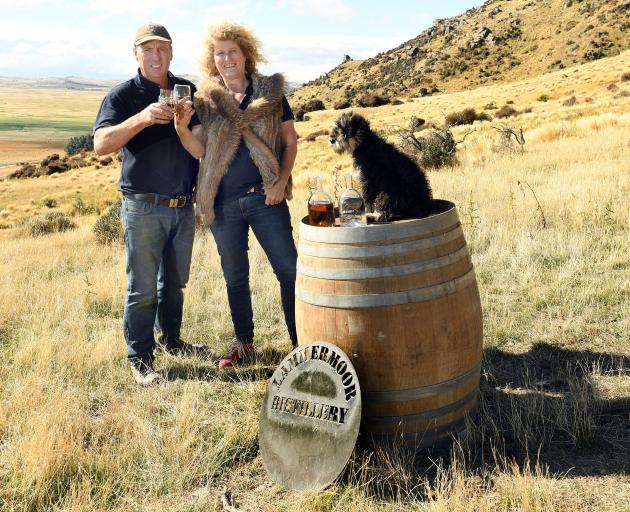 John and Susie Elliot and dog Truffles with their farm-brewed spirits on Lammermoor Station. Photos: Stephen Jaquiery
The Elliots literally live in the Styx - as the area is known - at the remote, southern end of the expansive Maniototo, beyond Patearoa.

The distillery is situated down a gravel road in what appears to be the middle of nowhere, an unlikely location, but it would be hard to find a spirit that was more homegrown.

From the certified organic barley they grew themselves to the spring water sourced from the quaintly-named Brookside Burn, it's a "paddock to bottle" venture.

And there was a circle-of-life element to the operation as well as the spent barley was fed to the resident pigs on the property to produce tasty pork.

The Elliot family has been farming the property for nearly 100 years and farming remained their primary focus. 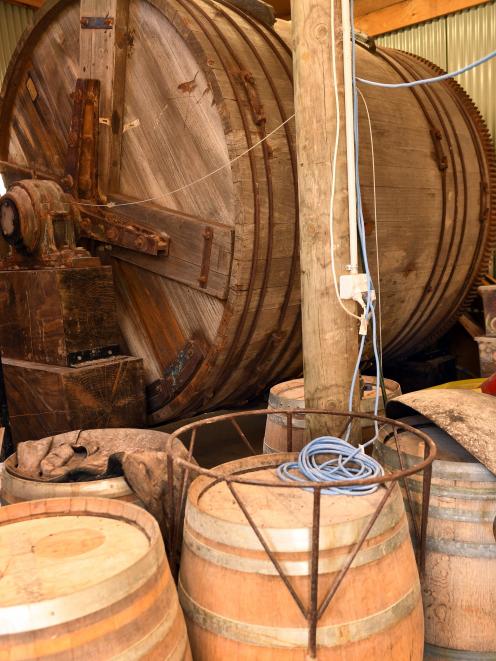 A Valero drum, previously used for salting lamb skins, starts the brewing process. Photos: Stephen Jaquiery
The distillery was a "fun hobby". The driver behind it was for pleasure and enjoyment, Mr Elliot said.

With all the various challenges thrown at the rural sector these days, farmers had to "grin and bear it", Mrs Elliot said.

That led to the latest product line at Lammermoor; a gin developed by Mrs Elliot and called Gin and Bare It.

"As farmers, we have to grin and bear it. So hey, we'll have some gin and bear it, no matter what anyone throws at us," she said.

Mrs Elliot started distilling gin about 18 months ago and, after a lengthy search to find the right bottles - she wanted something that people would reuse whether for oil or flowers - bottling was now under way.

Making whisky was a very serious business and her aim was for a gin that was "a bit of fun".

"It's a gin I like. This is just the wife having a laugh on the side," she quipped.

She was also growing some sloe plants and hoped to eventually also produce sloe gin.

Meanwhile, the whisky was maturing nicely in the Maniototo climate and it was hoped to have some small bottles filled about Christmas this year.

"We're in no great rush for whisky . . . whisky takes time. It's not a thing to rush through and get out there. It's just passion and time to try and get it right," Mr Elliot said.

Lammermoor was "good whisky country" and it had a long history with whisky, having been distilled in the area back in the gold-mining days. Lammermoor Distillery's catchline was "Brewed Illegally since 1863." 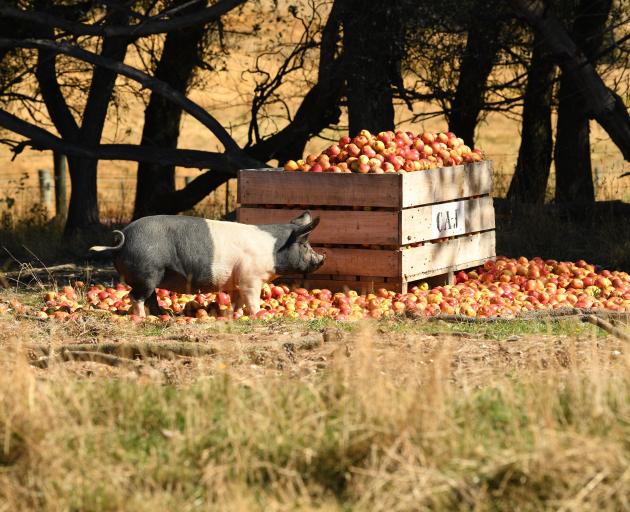 Apples today but the farm pigs also devour spent barley from the brewing process.
Going from "paddock to bottle" in the whisky world was unusual, Mrs Elliot said, while Lammermoor was one of the few distilleries that grew the barley and then malted, mashed, fermented, distilled and matured it.

Every barrel was unique and could never be replicated. The whisky itself would determine the flavour - it was very subjective, Mr Elliot said.

The distillery itself was virtually all home-built, with a "number 8 wire approach".

"A lot of farmers' ingenuity - it's not all flash and fancy," he said.

The timber was milled on the farm and there were some historical touches, including a dryer from the Bell Tea factory in Dunedin that dated back to about 1890 which was previously used for mixing tea leaves and now used for tumbling steeping barley.

There was also a Valero drum previously used for salting lamb skins, and a blower from the RAF in London that was used to make a manuka-smoked whisky, which they called The Holy Grail.

The distillery was open by appointment as it was still a hobby and had to be fitted in around the farming operation.

The idea of developing such a venture had long been discussed by the couple, probably for about 30 years, before they finally decided to embark on it while they were still young enough to do it.

They had visited distilleries around the world and learned a lot and they were still learning, Mr Elliot said.

Their mentor was Bill Lark, from Lark Distillery in Tasmania, who was also an Australian whisky ambassador.

He has visited Lammermoor twice and was very excited about what was being produced, Mrs Elliot said.