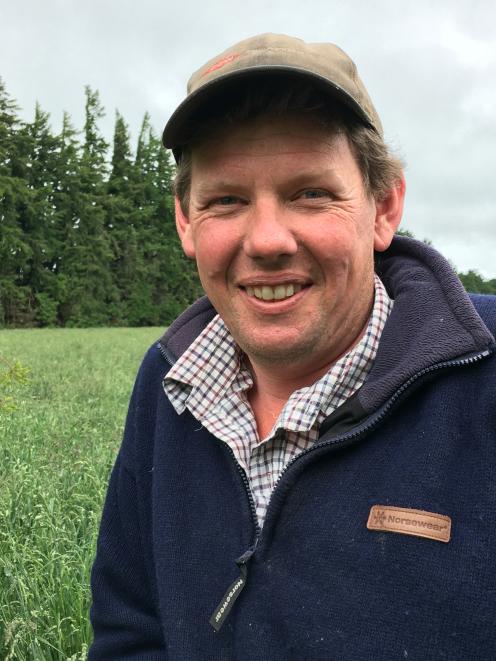 Hamish Marr
Fifth-generation arable farmer Hamish Marr has spent the past year immersed in academia, travelling  around the world to research glyphosate use. He talks to Toni Williams.

Can farmers operate without using glyphosate? That was the question Hamish Marr was determined to find out as the 2019 Nuffield New Zealand Scholar.

His travels, which spanned 22 weeks, took him to the United States, United Kingdom, Asia and Europe.

He spoke to farmers, health professionals, medical personnel and rural industry representatives and his key findings, and insights, had been released, "giving many realisations and conclusions", he said.

Many of them were based on issues rooted in the United States and glyphosate’s association with genetically modified organism (GMO) crops.

Science took major commodity crops such as corn, soy, cotton, lucerne and canola and made them resistant to glyphosate, he said, during his online presentation with the Mackenzie Charitable Trust’s Mary Ross.

"Glyphosate is a victim of its own success in many ways," he said.

It was a chemical that was low in toxicity, broke down rapidly when in contact with soil and targeted an enzyme found only in plants as its mode of action.

Using it instead of harsh chemistry should have been a win-win but the amount used now had increased by a factor of 15, he said.

"And people are alarmed by this," Mr Marr said.

The Roundup-ready and BT (Bacillus thuringiensis) crops might have made farming easier but it was a more intensive form of farming than in the days of old.

"There are glyphosate residues found in most commodity food crops in the USA today."

While there was no scientific proof there were a multitude of correlations, including links to coeliac disease and gluten intolerance, he said.

One toxicologist Mr Marr referred to said the problem was not the product, but rather the cumulative dose.

Many of the medical finds had led to restrictions in Germany and France, where it would be banned outright from 2022, and farmers were caught in the middle, between agricultural science (used appropriately) and medical science (health issues), Mr Marr said.

There was no right or wrong, and there were trade-offs involved in changing a system, such as increased fuel burns.

Compared with other countries, New Zealand farmers applied glyphosate to only 6% of farmland, "which is very, very low", he said.

"Personally, I do not believe we have a problem in New Zealand, but we must not be afraid to explain what we’re doing and why we’re doing it," he said.

"And remind people that farming in New Zealand is mainly a holistic experience with some science on the way."

When he first learned in late 2018 he had received a Nuffield Scholarship he was prepared for the weeks of international travel, but concerned it had been 17 years since he had done any formal formal study (he has a bachelor of commerce degree from Lincoln University).

He also had responsibilities, including three young children and family farm duties. So the decision to apply was not made lightly and he had the backing of wife Melanie, parents Graham and Eleanor, brother Stuart and sister-in-law Jessica.

They specialise in small seeds for sowing and also graze up to 4000 lambs.

Mr Marr originally planned to study Europe’s new synthetic agrichemical regulations in relation to the control of weeds, pests and disease — and the implications for New Zealand — especially given countries within Europe aimed to reduce, and ultimately ban, products containing glyphosate, but he realised the scope was too broad.

He narrowed down the study topic, in the knowledge the court of public opinion could impact on New Zealand farming in the future.

And if glyphosate was removed from the market, he wanted to know about alternative options, and what his international farming peers were using as alternative practices, he said.