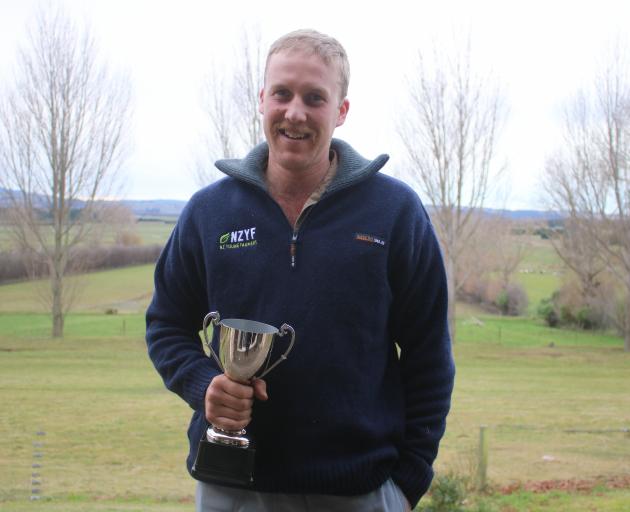 Awamoko farmer James Hurst received a leadership award at the recent New Zealand Young Farmers National Awards. PHOTO: KAYLA HODGE
James Hurst is not the "quiet wee guy in the back" any more.

The Awamoko farmer has found his passion and confidence through the Young Farmers network, and has moved his way through the ranks of the organisation regionally and nationally.

Growing up on his family farm, Invernia, a 2700ha beef, sheep and dairy farm in Awamoko, Mr Hurst was exposed to the industry from a young age.

Seven years ago, when he was living and working in Omarama, he decided to join the Upper Waitaki Young Farmers Club. It was an opportunity to get off the farm and meet other like-minded young people in Omarama.

"Obviously when I first joined I was just the quiet wee guy in the back who didn’t talk to anyone," Mr Hurst said.

After his first year, the club was struggling for numbers — with just three members left — and he decided to put his hand up as chairman to drive it forward. He helped boost membership numbers to about 20 — and there are now about 30 people involved.

He then moved back to Invernia, and became second in charge on the farm, to his father, Russell, and joined Five Forks Young Farmers.

It did not take long for Mr Hurst to put his hand up to help at a regional level, and in 2019 he became chairman of the Aorangi Regional Young Farmers.

At the time, the nine clubs in the Aorangi region — from Hinds to Five Forks — were "struggling" for numbers and had no contingency plans.

When Mr Hurst took over, he put in succession plans to help strengthen the clubs and region, build membership numbers and introduce more training opportunities. He even introduced five vice-chairpersons below him to ensure when he moved on there were several people able to take over.

"Everyone sort of laughed at the time, but it worked," he said.

When he started as the regional chairman, there were 154 members across the nine clubs, which had increased to 187 when he stood down last year. The number of clubs reduced toseven.

"Which sounds bad when you’ve lost clubs but we didn’t lose any members because there [were] neighbouring clubs so we actually increased in numbers." 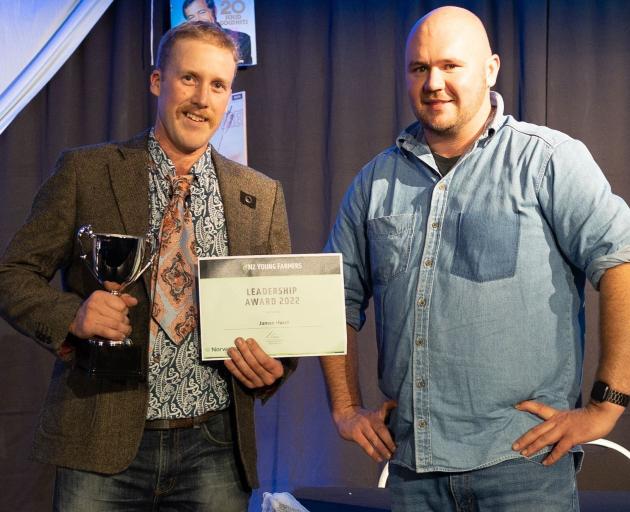 Through his regional role, being on the New Zealand Young Farmers committee came "part and parcel". From 2019 to 2021 he served on the committee and was chairman of the tournament sub-committee.

While he had always been a natural leader, being involved in the national committee allowed him to develop his skills further, taking part in courses and witnessing other people’s leadership styles.

"When we were up at the grand final there was a lot of people coming up to me sort of saying that they’d got leadership ideas from me," he said.

"When I started I was doing the same [from] other people.

"What I said when I did the speech is just how lucky we are in the rural industry to have so many leadership opportunities."

Young Farmers had helped him connect with other like-minded farmers across the country and meet the industry’s "future leaders", he said.

Wanting to see Young Farmers continue to head in the right direction, Mr Hurst initiated a mentor programme for the organisation and had taken on the role of regional mentor this year.

Aorangi is the pilot region for the mentor programme, with three other mentors who he was yet to meet.

"When I was club chair we had funding that had territory managers, paid staff on the ground and we don’t have that funding any more so we lost that sort of help.

"It’s more sort of getting that help in clubs, the advice and knowledge of the history sort of thing."

Young Farmers helped set him up for the next phase of his career. He was recently appointed North Otago Federated Farmers meat and wool vice-chairman.

"I was looking for the next step."

For a man who is busy enough on the farm, his Young Farmers and leadership work has become almost an escape.

"It’s more my hobby instead of playing sports or anything — it’s a community sort of thing."