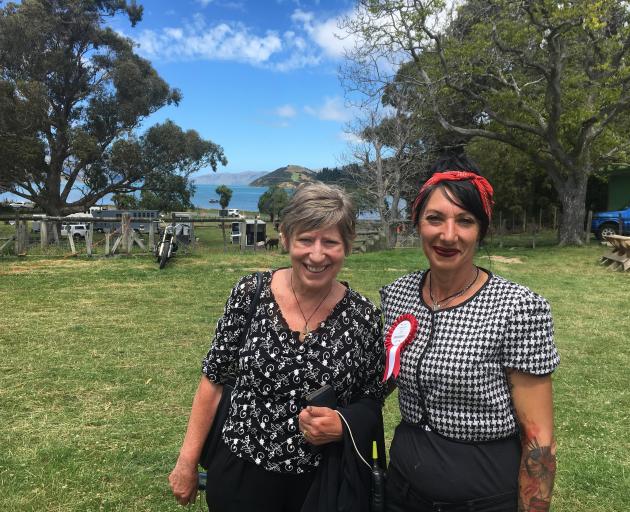 deals with a significant infrastructure issue.

The Christchurch City Council needs to find an alternative to discharging Duvauchelle’s wastewater into the Akaroa Harbour, before its consent with Environment Canterbury expires in 2023.

One option is to develop wastewater ponds on council-owned land, which included the showgrounds and surrounding golf course.

The Duvauchelle Showgrounds is considered to be "the most scenic showgrounds" in New Zealand.

"It’s gorgeous. I look forward to this every year," Ms Dalziel said.

"I’ve been coming here every year since I became mayor in 2013. I go up to the North Island each year for New Year, but I always come back in time for the show. It’s always my first official engagement in the calendar."

Duvauchelle A&P Association secretary Giles Hancock said he understood the show was the only major annual event at the showgrounds, while the small Duvauchelle Pony Club also used the venue during the year.

"There isn’t really anywhere else around Duvauchelle where we can hold the show, so hopefully they can find another option."

Ms Dalziel said she would be following up with council staff to check on the process for developing a new wastewater treatment facility and to ensure the community was consulted.

The mayor was joined at the show by new Banks Peninsula MP Dr Tracey McLellan.

"It’s been a great day out," Ms Dalziel said.

"The terrier race was exciting. There was good participation from the contestants and it was only the second time I’ve seen the rabbit get caught.

"I certainly plan to come back next year and for as long as I’m mayor."