Opportunities in fencing for those willing to work 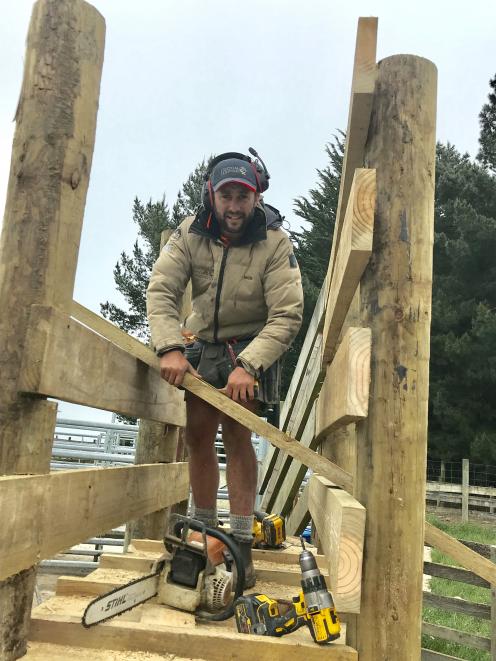 Nick Fencing contractor Nick Terry said it’s getting harder to find good, keen workers. Photo: Alice Scott
From the cosy, warm seat of a salesman’s ute to the hard but satisfying graft of physical labour, these days the transition is often the other way around but, as Nick Terry proves, there is opportunity out there for young, keen workers if they are not afraid of a bit of hard work and enduring the odd frost or two. Alice Scott reports.

Fencing contracting isn’t a job for the faint-hearted. It is repetitive work that involves anaerobic fitness — walking up and down hills — and strength — pulling wires and carrying posts — not to mention a multitude of other skills.

There is also a fair bit of work-smarts involved that can separate a good fencer from an average one. Thinking ahead to the next task and ensuring time-in-motion efficiency along the fence-line is vitally important when it comes to the speed of the build — and ultimately a happy client.

Nick Terry launched Custom Fencing in 2011. He got his first taste of fencing as a young man while working as a farmhand for John and Rex Gibson on their Gimmerburn farm. He then went on to work in other areas of the rural industry around the Maniototo for Smith Silage Contracting and Scott Contracting before taking on a machinery sales role.

Nick never forgot the enjoyment he got from the fencing work he did for the Gibsons and took on a labouring job for Dunedin fencing contractor Colin Hall with the intention to purchase the business.

‘‘I lost something like 12 kilos in the first month that I started fencing. Yeah, it was a fairly big change on the body, but the sales job wasn’t going to progress much higher and I like being able to walk away at the end of the day and seeing what I’ve done. There’s a real sense of satisfaction in fencing which you don’t get in other jobs,’’ he said.

These days, Mr Terry has four crews on the go. They work through East Otago and often into the Strath Taieri. He also has a crew in Dunedin focusing on residential jobs. The biggest challenge Mr Terry said is finding good staff.

‘‘It’s a never-ending battle. Some guys just don’t have it in them, but then sometimes I strike it lucky, like I have at the moment, and get some excellent workers, but I could do with a couple more.’’

‘‘I supply them with good quality wet weather gear but if it’s really miserable then I leave it up to the foreman in that crew to make the call.’’

Choosing to work in a trade, has paid off for Mr Terry and he said the opportunities were there for young people keen to work hard and learn as they go.