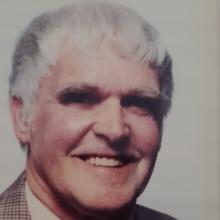 Mr Colville died at Ashburton on November 25, aged 85. He is survived by his wife Maureen.

A&P association stalwart Andrew Brown said Mr Colville was president in 1996-97 and started as patron alongside the late Colin Leadley nearly 20 years ago.

He had an enthusiastic involvement with the association, Mr Brown said.

Mr Colville was the show’s pig convener "back in the day when we used to show pigs".

"He was not afraid to put his point forward.

"He was astute. He did very well for the association," Mr Brown said.

Fellow association past-president and life member Tony Srhoy, who now lives in Lowburn, said Mr Colville was driven and passionate about the A&P.

"It meant a lot to him and I think because of that he got a lot out of it.

"Even after he had gone through the chairs he was still very much involved ... I was a past president [around] 2005-06 and Ray was always there with advice for us younger members."

Mr Colville was a much respected and strong supporter of the organisation and was "always working for what was best for the Ashburton A&P Association", Mr Srhoy said.

The Ashburton A&P Association was formed on October 1, 1877 when a group of farmers met at the old Somerset Hotel in central Ashburton.

The first president was pioneer settler and farmer John Grigg, of Longbeach. He was president for two years.

The minute books of those early days are housed at the Ashburton Museum but photographs of past presidents, such as Mr Colville, line the wall of the Ashburton A&P Association meeting room at its current Brucefield Ave site, on land bought by the association in 1957.

The association has evolved and grown over the years. It has organised many related agricultural events such as ploughing matches, prime stock sales at the Tinwald saleyards, annual ram fairs and had joined with Methven and Mayfield A&P Associations for the district’s the Winter Feed Competition.

Between 1942 and 1944 no shows were held because of World War 2 when the grounds were used as an army camp.

Last year, it held mini events because of the Covid pandemic, and this year many competitions ran but were behind closed doors without the presence of the public.

A traditional show — one without the impact of Covid — is a family, friendly event which takes place in the week following Labour Weekend.