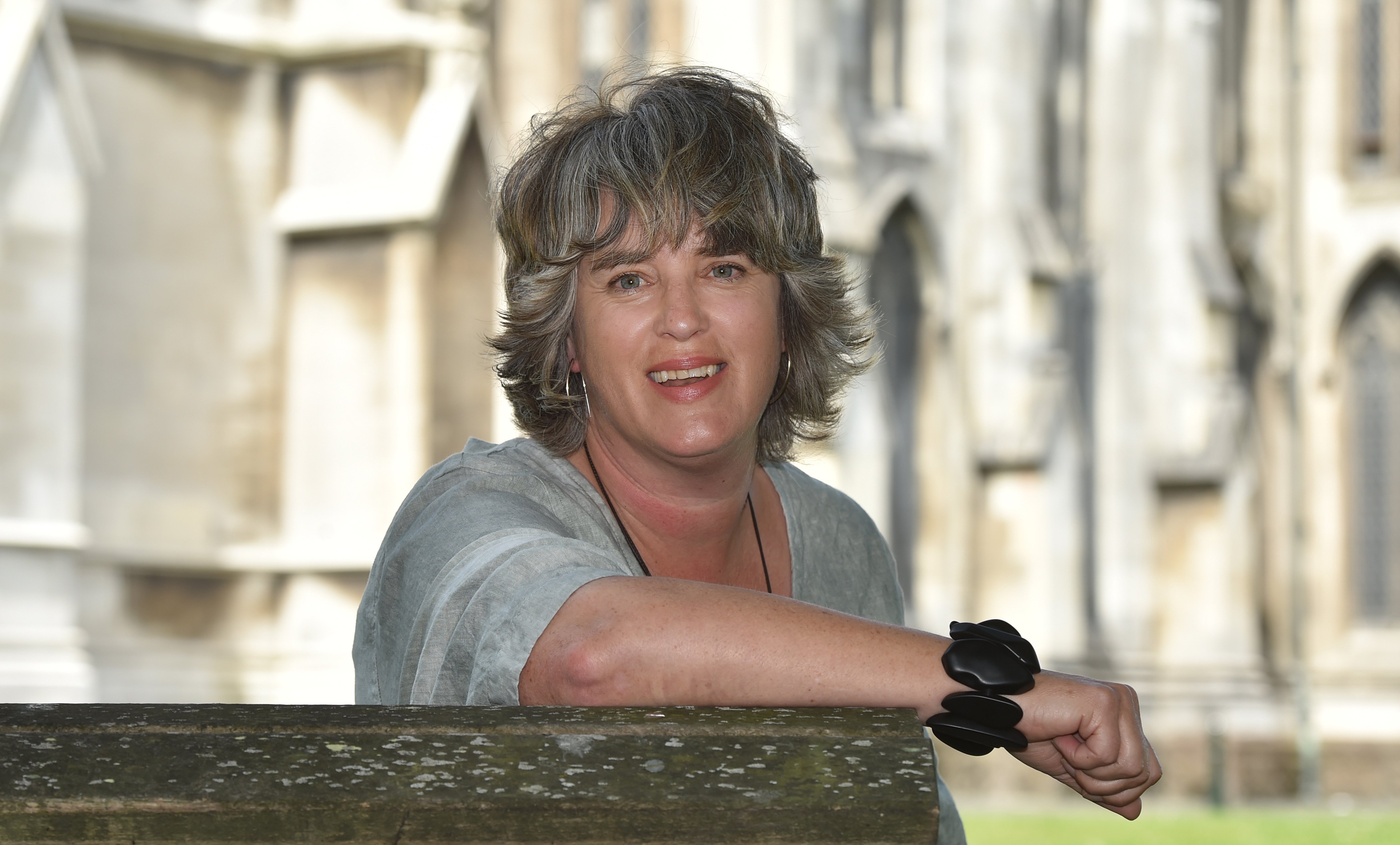 Growing a business might sound very glamorous, but the reality, says AbacusBio managing director Anna Campbell, is a little like the seesaw analogy she uses to describe the oft-quoted work-life balance.

There was a fine line between managing the existing business and pushing to grow; growth was expensive and there was generally continual reinvestment, while there was also the need to look at and assess opportunities while "keeping the money coming in as well".

At AbacusBio, the Dunedin-based agribusiness consulting company, that growth continues and it now totals about 50 staff; the bulk in Dunedin, five in the United Kingdom — an Edinburgh office was opened in 2017 — and six in Rotorua following the merger with plant-breeding company Gemnetics last year.

Dr Campbell, who has been managing director of the firm since April 2015, has long been an unashamedly passionate advocate for the agribusiness sector and its opportunities, particularly now about the role of food and health.

Undoubtedly clever and highly articulate, she also has a down-to-earth, approachable nature — with a keen sense of humour — making her an ideal ambassador for the sector, and the city.

The Campbell family moved to Dunedin when she was 7. After completing a science degree in botany at the University of Otago, Dr Campbell embarked on a PhD in cereal biotechnology at Lincoln University and Crop and Food Research.

After completing her PhD, she worked for the University of Southern Queensland and discovered DNA markers for wheat quality and disease-resistance traits.

She returned to New Zealand in 2001 to work as a scientist at Invermay, moving to AbacusBio in 2006 as she wanted to become more commercially focused.

Popular for giving career talks, Dr Campbell said she always told people to try opportunities as they did not know where those opportunities could take them.

Sometimes you had to move sideways on a career path; it was not always linear, particularly for women.

In the middle of her PhD, she questioned what she was doing as she realised she wanted to be involved in business.

Her late father Prof John Campbell, former dean of the University of Otago’s Faculty of Medicine, talked her into keeping on the science path.

But she had an ‘‘itch’’ to be more commercial and AbacusBio "scratched that itch" from both the science and commercial perspective.

Reflecting on the past year, Dr Campbell said one of the highlights was the work the company was doing growing into developing markets.

Much of its business had traditionally been in developed countries, like Ireland, New Zealand and Australia.

But it was now working in Africa, including Ethiopia, Tanzania, Uganda and Kenya, in plant and animal breeding, in what was "really grassroots stuff", and India.

Working in those areas, on everything from cassava and rice to goats and sheep, was a real highlight for those involved with it and it was both rewarding and interesting, she said.

While she acknowledged it might sound like a cliche, another highlight was the "amazing" people in the AbacusBio team and the ability to attract such high calibre staff.

It was harder to attract staff in those earlier years when the business was much smaller; science was quite a traditional career path and people tended to go into either universities or Crown Research Institutes like AgResearch.

In those early days, it was more difficult to pull people away from traditional career paths but now AbacusBio was internationally recognised, it was attracting top calibre people, and also training people.

When she was offshore and people were talking to her about the AbacusBio team, what they loved was not the fact they were good scientists — "that’s part of it" — but that many of them also understood farming; so it was a combination of smart and innovation but also incredibly pragmatic.

"It’s pretty cool when you work with such amazing people on a daily basis."

It had a good partnership with the University of Otago, and also worked with Massey University and Otago Polytechnic, to get some great young people through its doors. It currently had nine interns and the vibrancy they brought to the business was "just phenomenal".

Among the wider team, there was always "someone, somewhere" and the firm had started up a fun social media initiative Where We Work Wednesday, posting whether a staff member was in Africa or Gore.

"We’ve got people everywhere. Part of our business, people get on a plane and go and meet the people. That’s part of what makes you learn and grow,'' she said.

DR Campbell is part of Agriculture at Otago, an initiative launched in 2016 and involving more than 60 Otago researchers with active interests in agriculture.

Ag@Otago hosted a symposium in Dunedin early in December, entitled "New Zealand Agriculture 2050 — Pathways of Innovation" and Dr Campbell was thrilled with the success of it, saying there was an "awesome" vibe.

The University of Otago had an incredible history of medical research and that was something she believed food should build on.

"I’m incredibly passionate about the role of food and health," she said.

Last year, the university announced a new major within applied sciences, with the aim of developing future leaders in agriculture.

The new programme would draw on Otago's academic and research expertise across a diverse range of agriculture-related subjects such as environmental, ecology, technology, business, marketing, bioinformatics and genetics.

When it came to the current state of the farming sector, Dr Campbell said it was easy to go into defence mode — "that means you go into your shell and don’t celebrate what you do" — but there needed to be celebrations.

While there was some work to be done around environmental management, farmers also did some incredible things; so while there was ‘‘fighting within ourselves and fighting with Government’’, she believed the big picture was being missed around positioning New Zealand produced food as top-end and functional food.

That focus on local issues worried her as to what it meant for young people coming into the industry — "if we are negative and feeling under attack, we’re not going to attract young people" —and there needed to be a focus on promoting the industry and talking about the fantastic careers available.

While there were some big challenges ahead, including with alternative food type products, she believed there would be a backlash against processed foods.

When it came to the year ahead, she hoped the regulatory stuff settled down and farmers could get back to doing what they were doing well and feel less under attack. There was a lot more support in the community for them than they necessarily believed, she felt.

She took issue with film-maker James Cameron and his comments that New Zealand farmers were less efficient — he recently said that concentrated feedlot operations in the US and in Europe were more efficient for methane production than free range grazing — and was disturbed that "someone in that kind of position is making that kind of misinformation".

"To me, New Zealand farming, in terms of the full carbon cycle, from cradle to grave, we are more efficient."

Much of the work Dr Campbell was doing at the moment was looking at markets strategically and whom AbacusBio should be chasing. She did some work directly for clients, although less than she used to.

She was enjoying working with a medicinal cannabis company and the hands-on aspect of being able to plan a plant breeding programme. She was also involved with functional food projects.

That all forced her to keep up with the play, something that was very important, as the future of food was shifting so incredibly fast and a business like AbacusBio "absolutely has to be on top of it", particularly if it is helping clients make strategic decisions.

When it came to those who had inspired her, Dr Campbell said her parents had played a large role, while there were others throughout her career who had been influential.

In Australia, she worked with top scientist Rudi Appels who gave her some useful advice that had stuck with her.

When she was caught up in "a lot of politics" as she worked on a national wheat genetics project, he told her to focus on what she wanted to achieve and the outcomes; if you kept pulling everyone back to that focus, then the rest of the stuff became peripheral.

She still caught up with her PhD supervisor David Burritt, from the university’s botany department — "I just enjoy talking plants" — while at AbacusBio, colleague Pete Fennessy had been "gold".

"He’s my go to ... [he’s got] years of experience, super positive and a brain like a small country. He’s a real mentor for me," she said.

Throughout her career, Dr Campbell had been fortunate to work with some very open-minded people and she had tried to bring that in at AbacusBio, where all staff had access to the firm’s financial information every month.

When things were going well, then they could all share that success. Conversely, when things were tough, they also saw that but, interestingly, when that happened, people "really dig in as a team".

The mother of three teenage children — "which is why I’m going grey" she quips — said Dunedin was a "fantastic" city in which to be based. "I don’t think I could do this job if I was in Auckland ... I think I would struggle to be an active parent as well as run a business."

She was also grateful for the support of her "amazing" husband Kevin Wilson, who also works at AbacusBio, but their work did not overlap much — "which is probably good for Kevin more than me", she said, laughing.

Mr Wilson is a farm consultant and spends a lot of time on farms.

AbacusBio had been "fabulous" around providing flexibility — which was ‘‘pretty key’’ in business these days — and that helped her get through those early years, keep her hand in — "and survive".

She loved Dunedin, saying there was something about the city that "gets in your bones" — "maybe it’s the cold", she joked.

The current vibe was "awesome" and there were some cool businesses, with clever people.

When it came to the work-life balance, Dr Campbell said it was like the balance of a seesaw and there were times when more effort was needed in one or the other.

A keen hockey player, she tried to have downtime, including walking her two dogs, and she unwound every night by reading "mediumly trashy" fiction.

Weekends were spent watching her children play sport, and she watched a lot of cricket.

She is on the board of Otago Cricket, along with Otago Innovation, which is the University of Otago’s commercialisation arm, Genomics Aotearoa, and the board of trustees at Otago Boys’ High School.