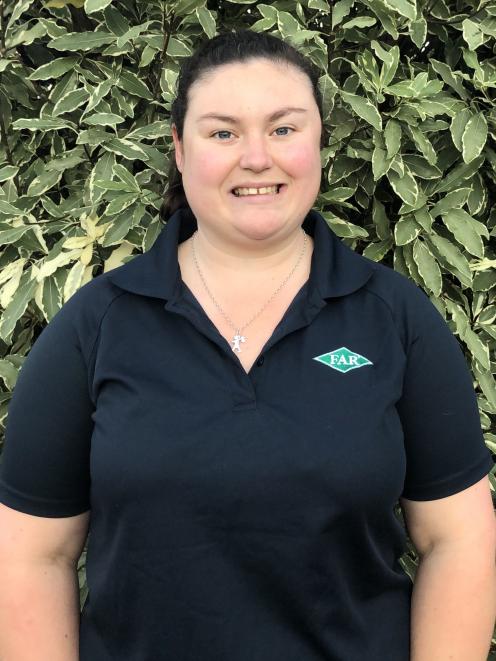 Out in the field ...Lauren McCormick is enjoying getting out and meeting farmers. PHOTO: SUPPLIED
‘‘Just get involved’’ if you want a career in the arable sector.

That’s the message from Lincoln University graduate Lauren McCormick, who landed an arable research officer position at the Foundation for Arable Research (FAR) last year, having previously completed the summer scholar programme with the same organisation.

‘‘The best thing to do is to get involved in Young Farmers and arable groups. We have the Arable Ys for young people who share a common interest, so it’s a nice social way of meeting like-minded people and making connections.

‘‘You never know who you are going to meet and where it might lead.’’

Ms McCormick has been going to Arable Ys (as in generation Y) meetings, which are run by FAR, for several years and is now helping to organise the monthly meetings.

She finished her agricultural science degree last year and particularly enjoyed her papers on plants and water issues.

She completed the summer scholar programme with FAR during the summer of 2017-18, gaining experience in cereals, herbage and environmental issues.

‘‘I was lucky enough to get involved in all three areas, but it was mainly in cereals doing disease assessments.

‘‘It made me more aware of what was going on in the sector and what we do and it allowed me to get my foot in the door (with FAR). I kept in touch and I was very lucky with how it worked out.’’

Ms McCormick is now working in cereals and is enjoying the chance to play a part in the sector she grew up in.

‘‘We look at how we can work with what we’ve got and the good thing is you can tell it how it is, because you are not working in a chemical company.

‘‘FAR is very supportive with some real experienced people to learn from, which is really invaluable because you don’t learn everything at uni and I’m definitely a hands-on learner.’’

Ms McCormick grew up on a small arable farm in the Selwyn district and enjoyed getting out on the family farm in the weekends.