Roped on to committee and now show secretary 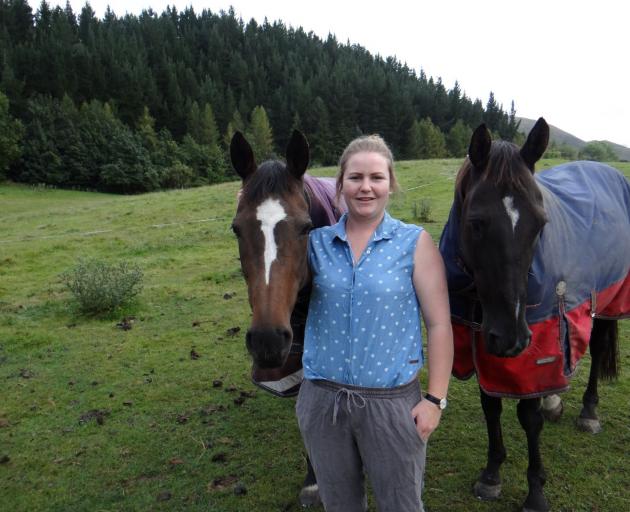 Laura Page has stepped up to take on the role despite being new to the committee, as the show organisers look to rebuild after the November 2016 earthquake.

While the 2017 show was cancelled because of the earthquake, last year’s show was disrupted by road closures on State Highway 1 caused by quake damage and Cyclone Gita.

Ms Page said she and partner Mark Koopmans, who farm on Inland Rd near Kaikoura, were recently ‘‘roped on’’ to the committee by their contractor, this year’s show president Matt Anderson.

‘‘Mark was talking to Matt one day and Matt said they had lost their secretary at short notice, so Mark happened to mention I had done secretarial work before.

‘‘It means I won’t be able to ride in this year’s show, but maybe next year.’’

Ms Page is a keen rider and had been a pony club secretary when she was living in Christchurch.

‘‘It’s been a bit of an eye-opener. I don’t think I will be putting entries in late again or paying late.

‘‘You don’t realise how hard it is until you are the one who has to do it.’’

Her partner had been given jobs of his own, being ‘‘roped in’’ to organise the sheep, shearing and wool competitions: ‘‘I’ve made sure he’s got lots to do.’’

Much of it was in ‘‘beautiful native bush’’ and it had ‘‘awesome 360 degree views’’ of South Bay, Department of Conservation land and down to the Hundalees and Cheviot.

‘‘We do a lot of hunting and potentially we are looking at opening it up to trampers and putting in some huts or even doing some ‘glamping’.’’

She was also an architect, working for an architectural firm three days a week, while Mr Koopmans was involved in the Post-Quake Farming Project.

‘‘It’s just nice to be more involved in the community.’’