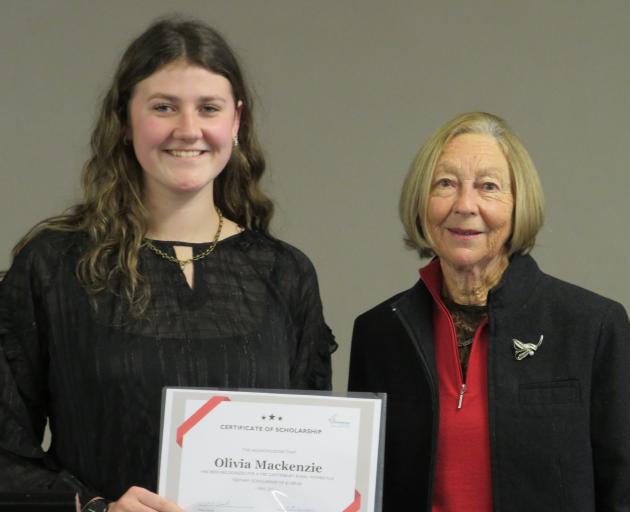 The annual scholarships give students from Mid Canterbury, who are enrolled in tertiary study, the chance to apply for extra funding.

Mid Canterbury provincial convener of the scholarship committee Pauline Hewson said the scholarships were offered to two tertiary students this year instead of the usual three because of limited fundraising opportunities due to Covid-19.

But as usual applicants had been high calibre.

Miss Donald, in her third year studying for a bachelor of animal science degree at Massey University, is majoring in genetics and breeding.

She was a pupil at Tinwald Primary School and Ashburton College.

Miss Mackenzie, who attended the recent provincial annual meeting to accept her certificate, is in her second year studying for a bachelor of agribusiness and food marketing degree.

Miss Mackenzie, a past TeenAg member, is from a 230ha cropping/dairy support farm at Mayfield/Mt Somers and had a taste of international travel in her final year at high school when she went with New Zealand Young Farmers on a three-week exchange to Montana in the United States in 2019.

Miss Mackenzie had completed the Leadership Pathway Programme — a leadership course run by NZ Young Farmers and funded by the Red Meat Profit Partnership — which was developed to identify emerging leaders and ensure they were entering career pathways in the primary industries.

She is the granddaughter of the late Doreen Mackenzie, a ‘‘much loved member of the Anama branch’’, Mrs Hewson said.

‘‘She would have been very proud of Olivia,’’ she said.